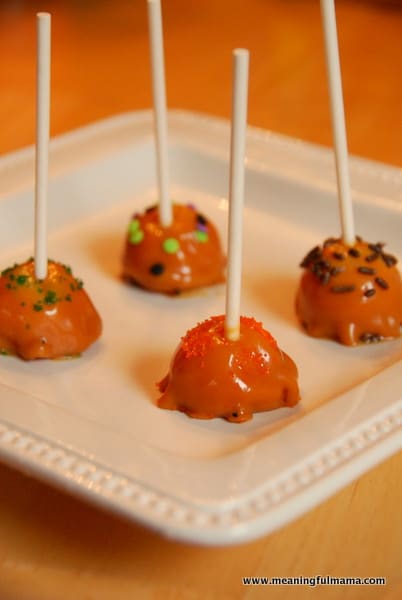 Abby’s class had a harvest party, and I signed up to bring carmel apples. I haven’t done carmel apples since I was a kid. Carmel apples are so big, and I knew how much food would be at the harvest party, so I decided to make a smaller version. I didn’t have time to experiment with homemade carmel, and I had read and heard from a friend that it was hard to get the carmel to adhere to the apple if they were the smaller balls because of the lack of skin to cling to. I decided to try it out with the pre-made sheets of carmel to see how it worked. I’ll share with you my findings. 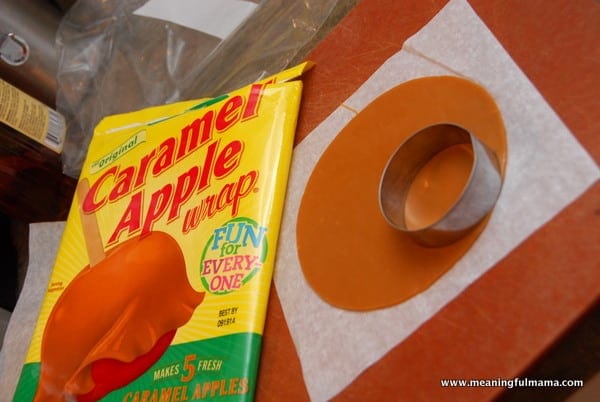 I used a 2″ cookie cutter to cut out circles. It took a bit of muscle. 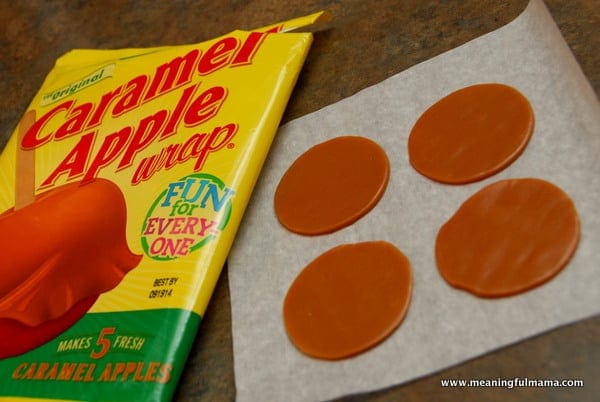 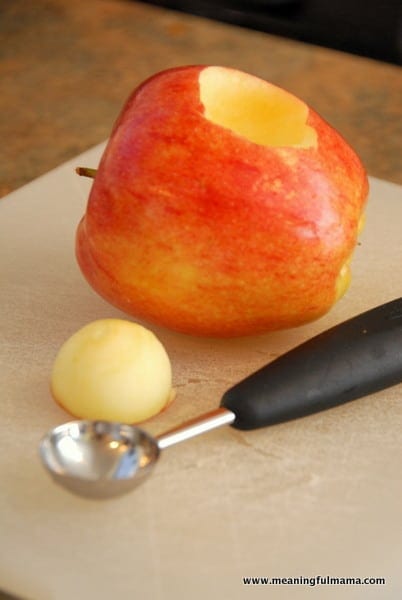 Next, I made little balls with a melon baller. I had medium size apples, and they each made 8 balls. 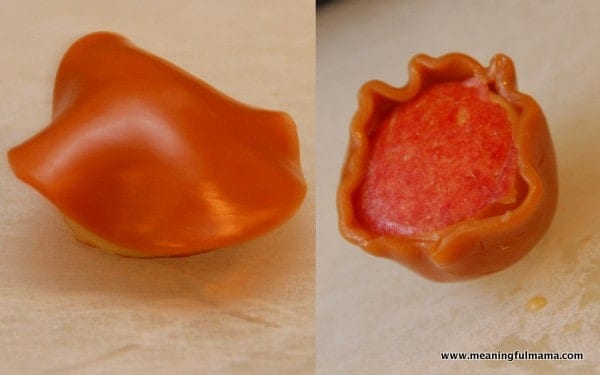 The next step was to cover the balls with the carmel. You just kind of work it around the round edge of the apple with the skin side down and uncovered. 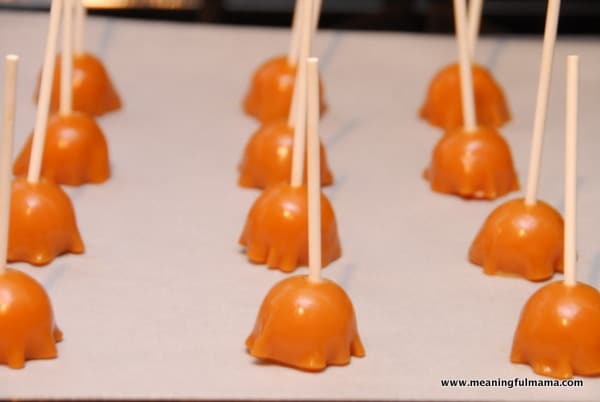 Put sucker sticks into the top of the apple pop. Set these on parchment paper and bake at 200 degrees for only 2 minutes. The first ones I did for the 5 minutes mentioned on the back of the pack, and it was way too long for this size. 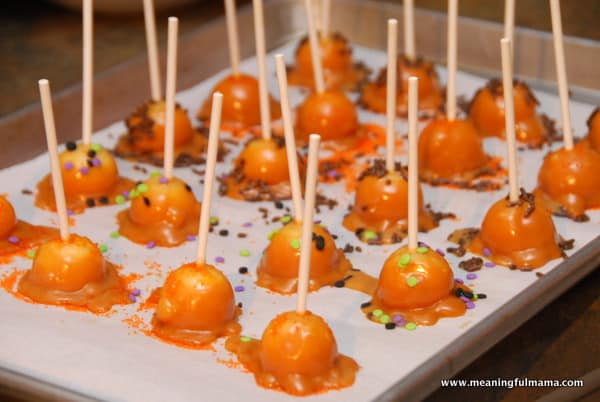 SERVE IMMEDIATELY! This was the state of the carmel apples by the time the party started. By the time the food was served, it was even worse. I had also cooked these 4 minutes instead of two. For best results, I would serve within the hour. The warmed apple mixed with the juices from the apple cause the carmel to continue to melt. Below I pictured some I baked for 2 minutes, stuck in the refrigerator for 5 minutes after and let rest on the counter. The results shown are after two hours of sitting on the counter. They were fine if consumed within an hour.  Would I do them again? Only if they were going to be eaten right away. 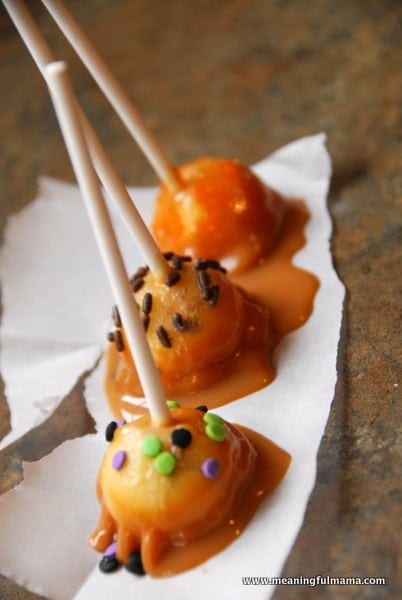