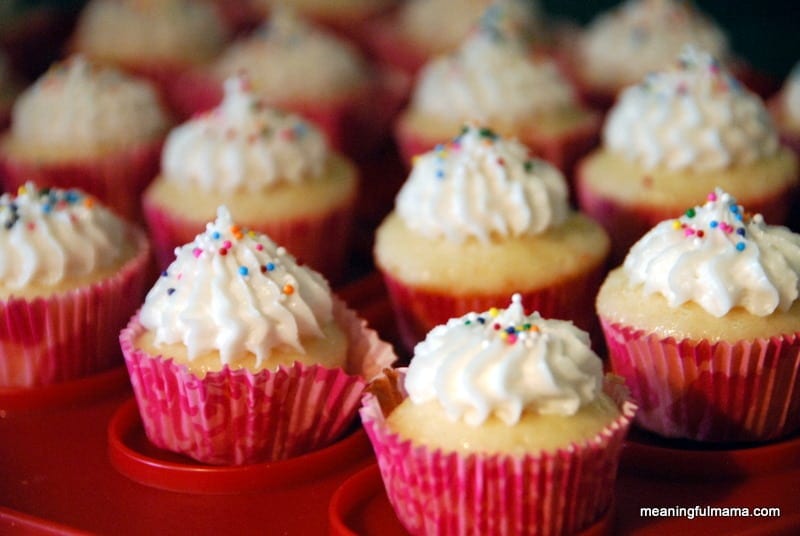 This is the original Buttercream Frosting that I learned from a bakery friend. I used it until I had kids. My other buttercream frosting recipe is slightly faster, so I use it a bit more. However, I absolutely love the flavor of this one, so I hope you will try it. It does make a difference to use real butter. I also love using sugar rather than powdered sugar because it doesn’t seem as sweet. It’s wonderful. I also adapt it with cream cheese sometimes. I’ll share that adaptation soon.
Real Buttercream Frosting
6 egg whites
1 1/2 cup sugar
1 lb + 1/2 stick unsalted butter (softened)
1 Tbsp. vanilla
Heat the egg whites and sugar on the stove until hot to touch (133 degrees F). Stir constantly with whisk. When it is heated, whip mixture in a separate bowl until meringue consistency. Add (a little at at time) the softened butter. Finally, add the 1 Tbsp vanilla. If you are making my coconut cake, you can add 2 tsp coconut cream and 1 tsp vanilla instead. 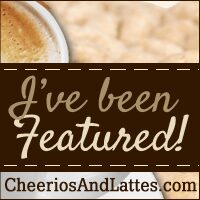 This sounds yummy, I may have to master making cupcakes first before making the frosting but I will give it a try

so cute and love how buttercream really stands up thanks for sharing
come see what we shared at http://shopannies.blogspot.com/2012/06/flank-steak-with-grilled-mango-and.html

That dinner your made looks amazing. I’m headed over to your house for flank steak.

Got quite a few compliments after I served them. I hope you’ll try them out. Thanks for commenting.

I’m going to have to try this recipe for my next baking endeavor. Looks much more yummy than the store bought stuff I usually get.

Definitely better! It spreads so much easier too. Looks like you have some yummy stuff on your site too. I love the t-shirt with the star on it too. Thanks for stopping by here.

I am going to have to try this buttercream recipe! Thanks for sharing found you over at the DIY Party!

I hope you will try it. Using real butter just makes it.

You’ve been featured on this week’s Saturday Show & Tell @ Cheerios and Lattes!

Thanks so much. I am putting your button on that post right now. 🙂

Hi There,
Im just wondering which buttercream recipe you used for your rainbow cake? For the butter what would the measurement in grams apposed to stick and would the recipe cover the whole cake etc? Thanks Heaps

Hello! I would love to see your results if you do the rainbow cake. This was actually NOT the buttercream I used. This one has a great flavor, but the one with a bit more stability can be found at https://meaningfulmama.com/2012/04/day-103-buttercream-icing.html. I would say the recipe I used would need to be doubled to go over the whole rainbow cake. I hope that was helpful enough. If you were to make the real buttercream that you asked about, the amount of butter is 512.56 in grams. Again, I would recommend the other one for more stability with the higher stacked cake. Hope I answered all your questions. Write back if there is any confusion.

Many Thanks for your reply, I will post a pic if I get the cake done in time for my son’s 2nd Birthday on the 17th. Finger’s crossed!
Done’s the one with shortening taste nice to?

Yes, I like it. I get a lot of compliments too. Remember that you can freeze cakes ahead of time, which is helpful in getting it done.

Thanks for your recipe. I want to try your 2 buttercream recipes but I ussualluy use grams.
How many grams – is half a stick of butter and
6 ounces of sour cream.
TIA, Blessings Mayra

While this tastes great — I could not get it fluffy. I don’t know why. I used unsalted butter. Boo. 🙁

Hmm. I wonder why. Did you do 2 minutes at the end? It could totally be a climate thing too. I find it less fluffy when the weather is warm or the humidity is high. I’m so sorry it wasn’t as fluffy as you had hoped.

I am making a layered White Velvet cake (your recipe) for a birthday. For whatever reason,
after looking at your special cupcake buttercream frosting, it was suggested to use your ‘other’
buttercream recipe, which , in your words, lends to stability. When I clicked on the link provided, it says the page is no longer available. Can you help me with this or provide a tried and true alternative? Thank you in advance

I’m so sorry that it took me so long to write back! I’ll have to go check that link. That’s so weird that it is not working. Here is my favorite buttercream recipe that has a lot of stability: https://meaningfulmama.com/best-buttercream-frosting-recipe.html. Hope that helps! Thanks!