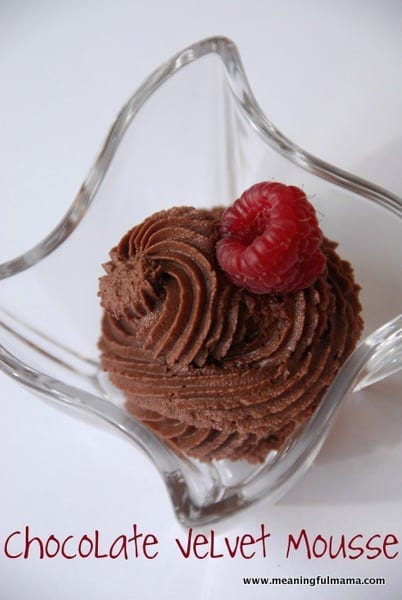 I am hosting a baby shower this coming weekend. It is a dessert shower, so I have been busy coming up with ideas of what I can make. I also like to prepare as much ahead as I can so I am not scrambling at the last minute. Did you know you can freeze mousse for up to a month? Just put it in the freezer and defrost overnight. This is perfect for the baby shower. I will be putting the mousse in little, chocolate cups.
The first time I took an interest in making cakes, I had a neighbor who did cakes. I quickly learned that she had fabulous recipes. She worked for a bakery, and she was given all of the recipes. She said it wasn’t a big secret and gave the recipes to me. This chocolate velvet mousse is one of the recipes. It can be used as a cake filling or just served as a mousse. This mousse has no butter, so it is lightened with egg whites and made rich with cream. 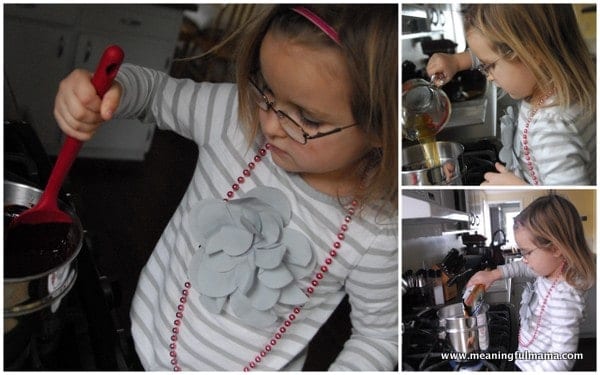 1. Melt chocolate, dissolved coffee, liqueur and vanilla in a double boiler. If you don’t have a double boiler, you can put a glass bowl over a pot of boiling water. You just don’t want the chocolate on direct heat. Stir chocolate until smooth. Whisk in egg yolks and combine well. Remove from heat and set aside. 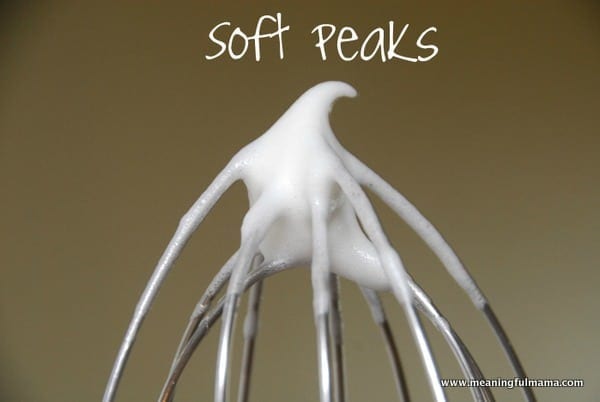 2. In a clean , dry mixing bowl, beat egg whites and cream of tartar on medium speed until soft peaks form. Soft Peaks – The peaks are just starting to form. If you pull the whisk up, the whipping cream will begin to bend over and fall back into itself. 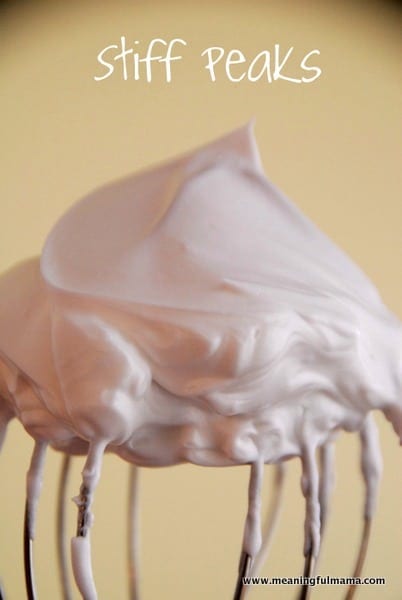 3. Gradually sprinkle in 2 Tbsp of sugar, beating on high speed until stiff peaks form. Do not over-mix. Stiff Peaks – The peaks hold firm. The mixture is heavy and thick. It will not fall back  under its own weight.

4. Fold 1/4 of the egg whites into the chocolate. Set the rest on top of the mixture. 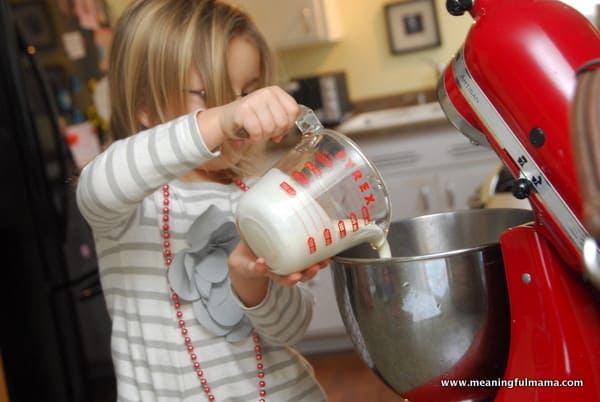 5. Whip cream to soft peak and fold in with the top mixture into the chocolate. 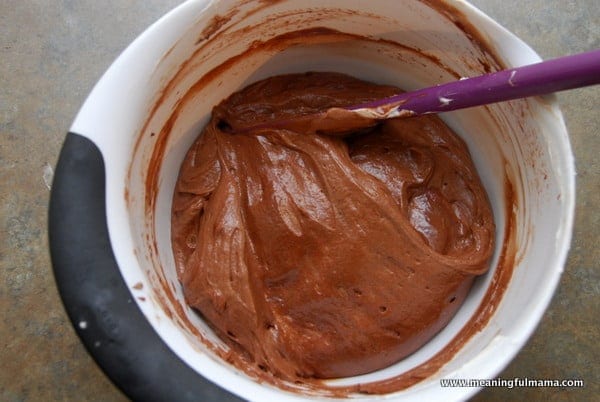 6. Put in the refrigerator. This mousse sets quickly. Mousse can be served within three days if covered and refrigerated. You can freeze mousse for up to a month.

Previous Post: « Thoughtfulness “I Will” Statements
Next Post: Creative Valentine Gift for Spouse or Kids – “Guess How Much I Love You” »
Subscribe
Login
3 Comments
Oldest
Newest Most Voted
Inline Feedbacks
View all comments
Alexis Tanner

This sounds amazing! I love chocolate mousse! And your daughter’s shirt is super cute!

Oh my! This looks beautiful and oh so yummy!