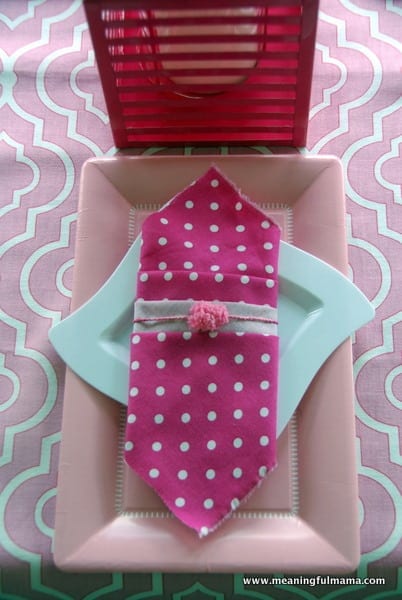 This is a fun napkin fold I learned to do for the baby shower I just hosted. It makes a pocket, so you can stick silverware in there too, but we were doing all finger food, so it was not necessary. 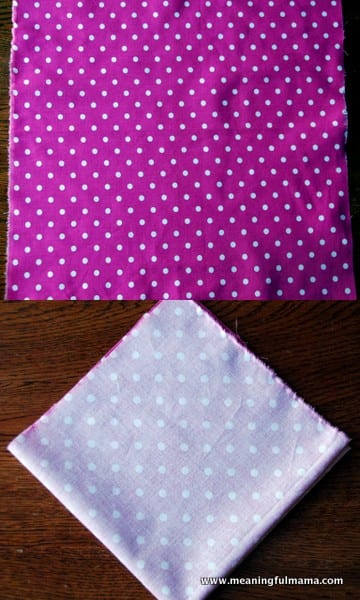 1. My napkin was colorful on one side and plain on the other side, so I put the colorful side down and then folded it into quarters. Put the open corner at the top, facing away from you. 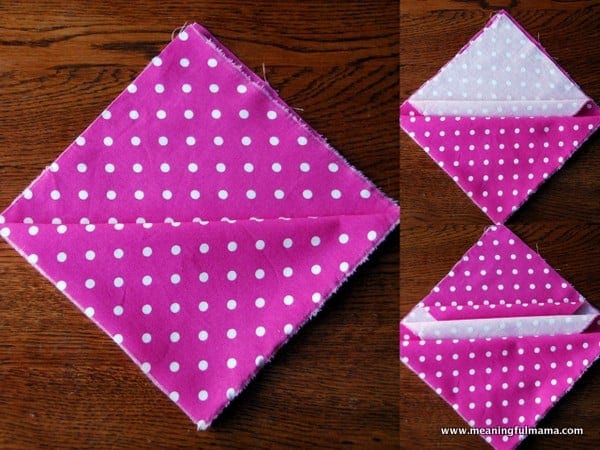 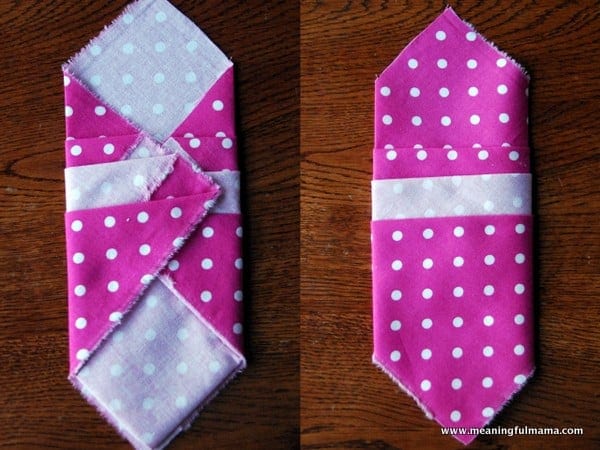 5. Flip the napkin over so you are looking at the back side of all you have just done.
6. Fold the sides in at equal distances.
7. Flip it back over, and you have your napkin. I added the pom pom as an extra touch. Again, this is a napkin that creates a pocket that can hold silverware.

I’m trying to use more cloth napkins. This looks like a fun idea!

I would love it if you would share this at the Smart Solutions linky party. You can link up here:

Have a great day!

I love using clothe napkins, it makes dinner feel a little more festive. Once in a while I’ll fold them but more often than not I throw them in a ring because it’s easier. Folded napkins just add a little bit more class, I’m going to have to do that more often 🙂

Stopping over from Six Sisters.