Home » Kids » Character Building » Day #207 Leadership and the President – Character Development, Week #30
Leadership
“Whoever wants to be first must be your slave – just as the Son of man did not come to be served, but to serve, and to give his life as a randsom for many.” – Matthew 20:27-28 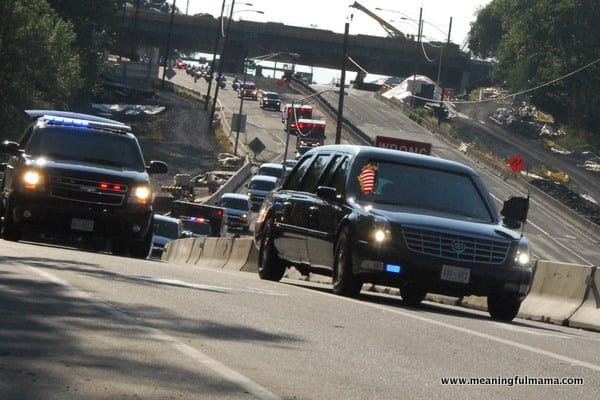 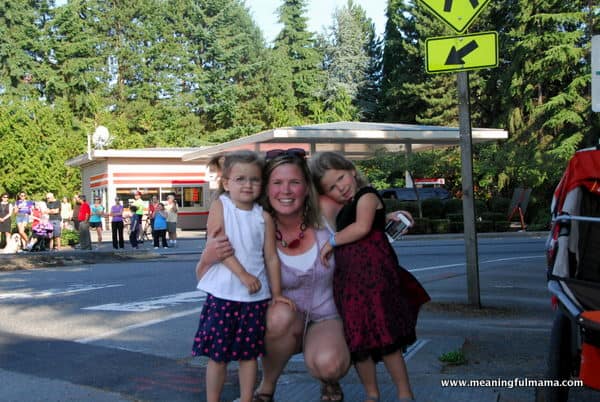 I had an impromptu leadership teaching opportunity today. I was at my parents’ house, and behold, I find out President Obama was going to be passing close by their house in the evening. We decided, at the last minute, that it would be a really interesting experience to go watch. We literally ran down the street to make sure we were there in time, and we didn’t miss a single thing. I wish I had counted how many police motorcycles drove by. It was pretty insane. Obama was in his car waving at everyone. Although I did get a good picture of the car, I didn’t get a picture of him. I was too busy looking in the lens and taking a picture of every car that passed to be able to even determine when to capture the right picture, but he did wave as he went by and the small crowd gave a holler. Now, I’m not very political. I know – gasp – horror. Politics make my head hurt. My dad loves it though, so I thought it would be a great opportunity, over dinner, to have him talk to the kids about leadership and the President. Well, my dad is also…shall we say…ummm…funny? So, for the short amount of time I had the kids’ attention, there were a lot of jokes being thrown back and forth while he was “educating” them on how important leadership is in the Presidency. There was some encouragement not to vote for communists. My mom had shown a picture of Obama to the girls on the front page of the newspaper. Well, JP Patches, the clown, had also passed away today. So, when I asked my kids who the President was they said, “He’s a goofy clown.” Hmm…we’re getting no where, but we were all getting a good laugh in the process. After the kids ending up more confused and not interested at all in the dialogue we were having, I tried to really bring out something significant to teach them about the role of the President and how it relates to leadership. In a final attempt, I tried to explain (to children whose attention was far gone by this point) that mommy and daddy are the leaders of our house. We try and make decisions and help you based on wanting the best for you. The President has a similar role he is suppose to fill. He has to make the best decisions he can to help this country as well as other countries. I said that a really good leader wants the best for the people he or she is leading. I encouraged them to be the kind of leader who is really thinking about others first. I’m pretty sure the whole experience was lost on them. Maybe their interest in politics will mirror mine.

WOW! You’re so ‘slick’ to not miss those opportunities to teach…even when they don’t go the way you think they might. =) Please come on over to my blog as I’ve given you a Lovely Award…you’re so deserving! http://www.thebetterbaker.blogspot.com/2012/07/one-lovely-blog-award.html