Tips for Traveling with Kids

Traveling with kids, can be challenging, but it is worth the effort. I wanted to provide you with tips for traveling with kids with an emphasis on the system we put in place using tickets to count down time and reward. 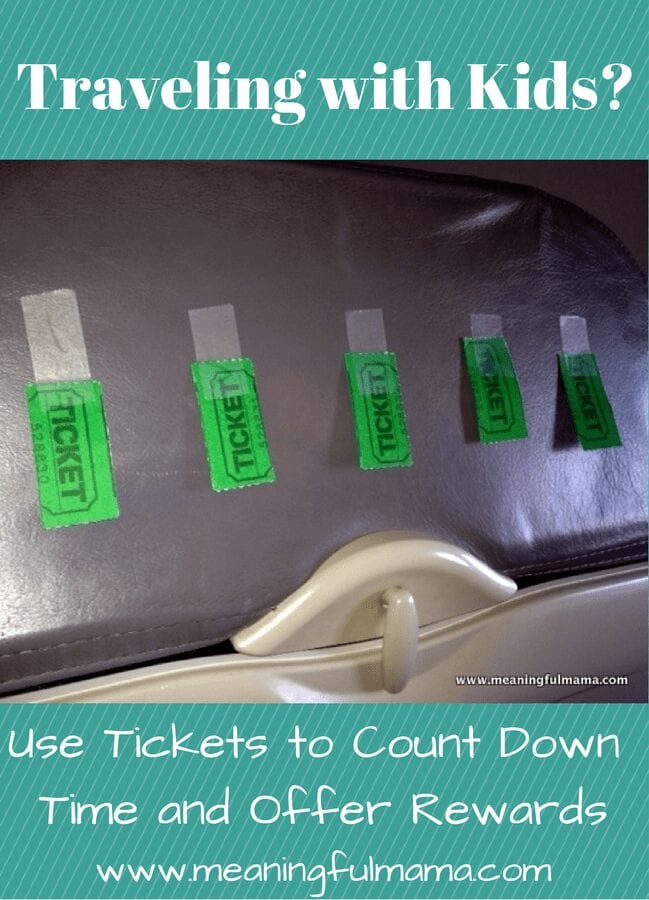 I have done this activity on longer road trips before, and I knew it would translate perfectly to the plane trip we were taking to San Diego. The idea is to give the kids a tickets for every 30 minutes of travel. Our flight was 2 1/2 hours, so I gave five tickets. I taped them up to the seat in front of us. I set the timer on my phone for every thirty minutes. The idea is to help kids avoid asking, “How much longer?” or “Are we there yet?” It also helps develop their sense of time. Breaking it into chunks helps the time go faster. I also use it as a bribe. If they have behaved well during those 30 minutes, they get a small prize. OK – I admit it. I do a “don’t do” in parenting. Actually, I probably do a number of them. I did reward with candy. Sorry, everyone. They were excited to taste Pop Rocks for the first time. My oldest had her ring pop last the entire plane. Part of the deal, however, is if they keep asking “How much time?” or ask about the ticket and when they get the prize, then they don’t get to trade the ticket for their reward. As the man behind me asked about the tickets, the woman across the way said, “You should do a blog.” Ha! I was excited to inform her that I do a blog. She also really liked this idea as well as the chocolate she had received as her own bribe. 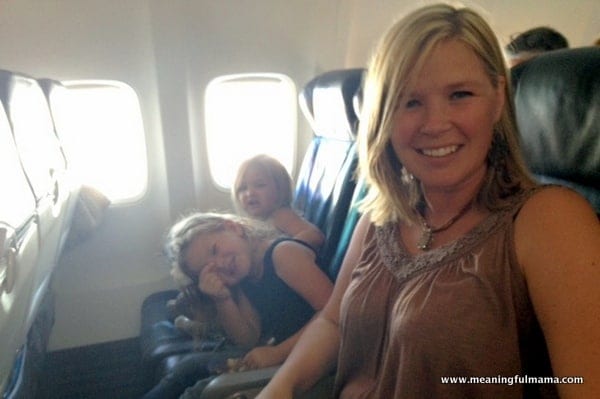 The tickets were just one of my tactics for this flight. Here are two more ideas that really helping the plane ride remain fun and exciting for the kids. The big trick while traveling longer distances is distraction. This doesn’t always have to come in the form of some sort of media intervention. 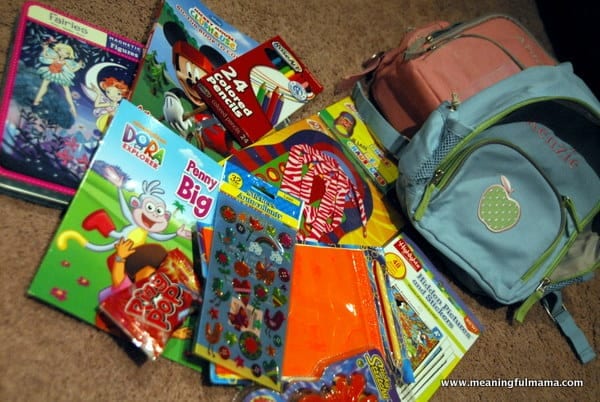 Pack a Surprise Bag for the Plane Ride 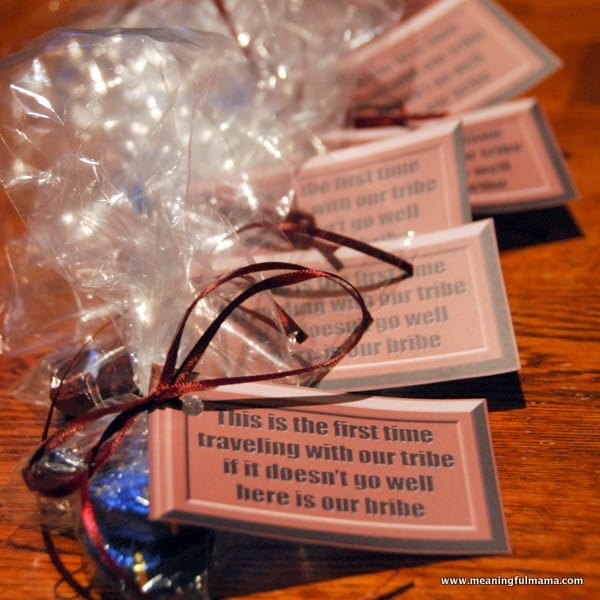 Bribe the Other Passengers

This is a great idea! Except my only problem is that our flights are usually 17 hours! But I might take this idea and just adjust it for our flights! Thank you!