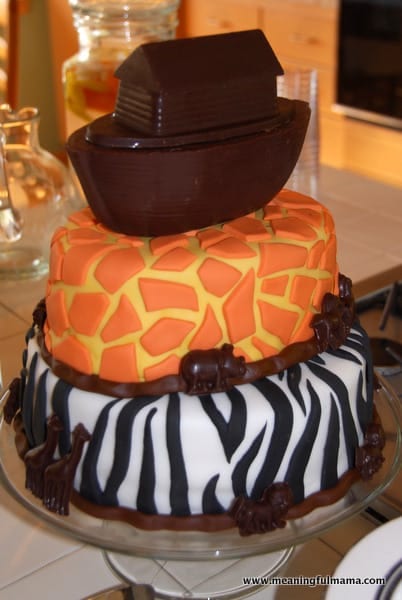 Yesterday I talked about using Candy Melts and promised a post showing how you can use Candy Melts to decorate a cake. This is a Noah’s Ark cake I did for my sister when she found out she was having twins. My sister has five kids. When her third child was 3 months old, she found out she was pregnant with twins. Can you imagine? She had five kids five and under. Talk about craziness. I have considered asking her to come in on the blog with me because she is a godly woman who is talented, an amazing photographer and a fabulous mom. Then, I got real. She’s home schooling and her kids are still all young. She’s also a pastor’s wife, which has demands of its own. She’d have the skills but never the time. That said, you can see the Noah’s Ark (above) made entirely from Candy Melt chocolate. The animals around the cake are also made from Candy Melts. I thought you would enjoy seeing some of the other details from the shower in case you need to throw a twin baby shower. 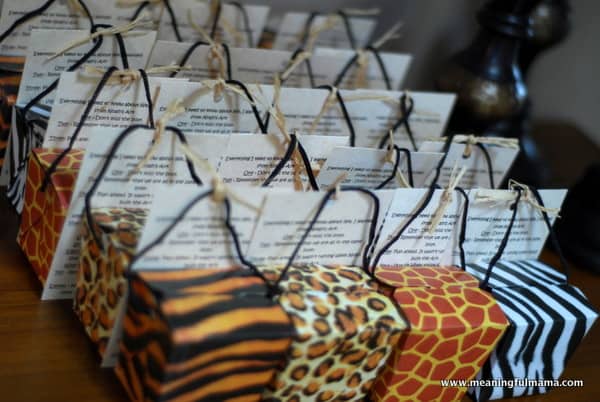 Party favors: Animal crackers in an animal print container (Oriental Trading Company). I believe the paper says excerpts from “All I Need to Know I Learned from Noah’s Ark” (It’s been a while since this shower). 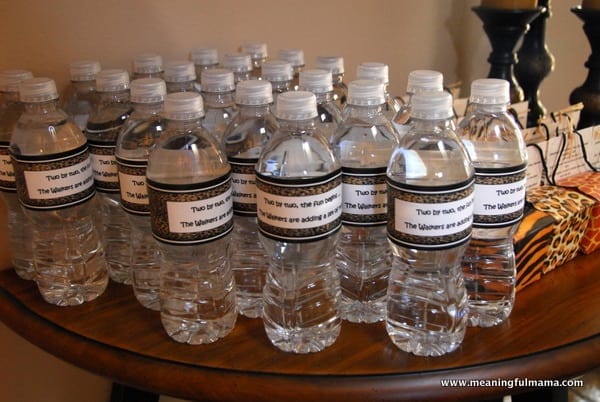 Water Bottles with Homemade Label: Two by two, the fun begins…The Walkers are adding a set of twins. 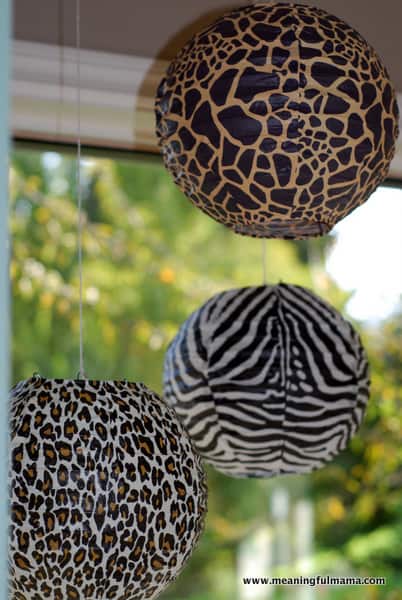 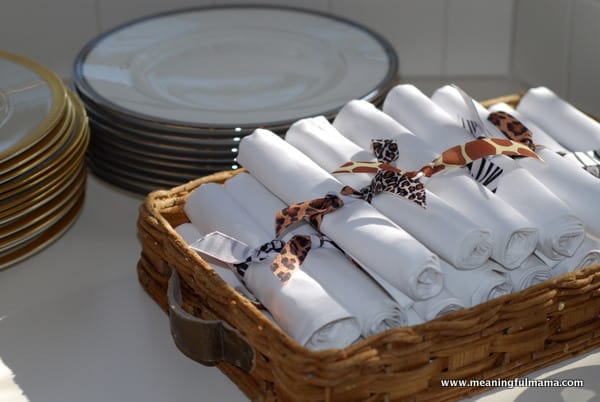 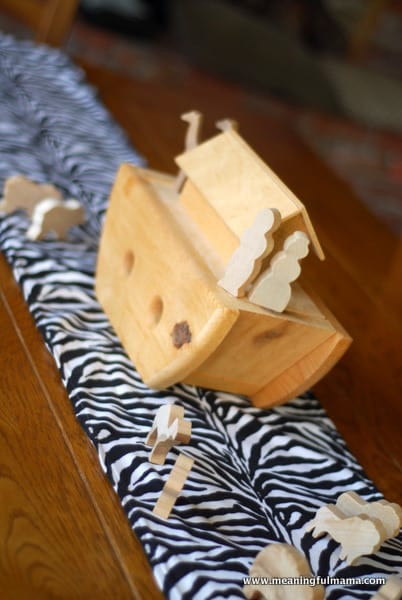 Zebra Print Table Runner with a Wooden Noah’s Ark. We had one on the other table too but didn’t get a picture of it. 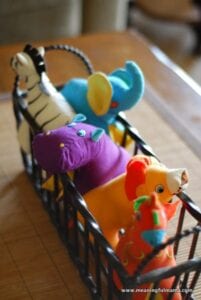 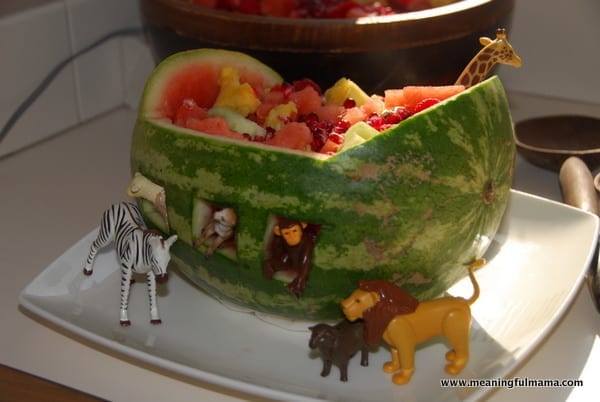 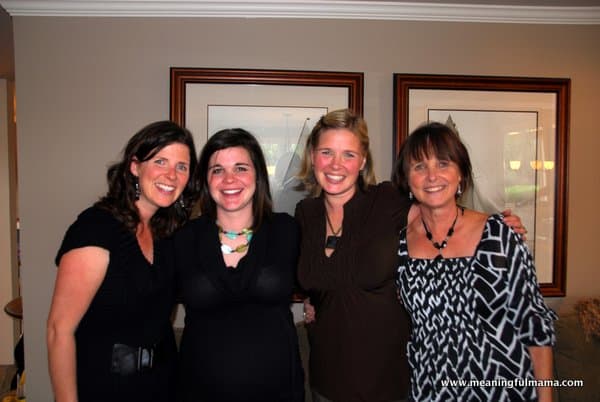 My Older Sister, Younger Sister (prego with twins), Me and My Beautiful Mom

Those party favors actually gave me a great idea for baby shower invitation designs. Well, at least that’s one of our problems down. On to the food.

Great. I’m so glad I could help.

I constantly emailed this webpage post page to all my associates, as if like to
read it then my friends will too.