Home » Parenting » Praise Effort Rather than Ability
I get excited watching my children succeed at something. We want to lift up their self esteem and confidence, helping them to know that they can accomplishment much with the gifts they have been given. However, it is important to know that there is a better way to compliment your children. With kids, it is important to praise effort rather than ability. 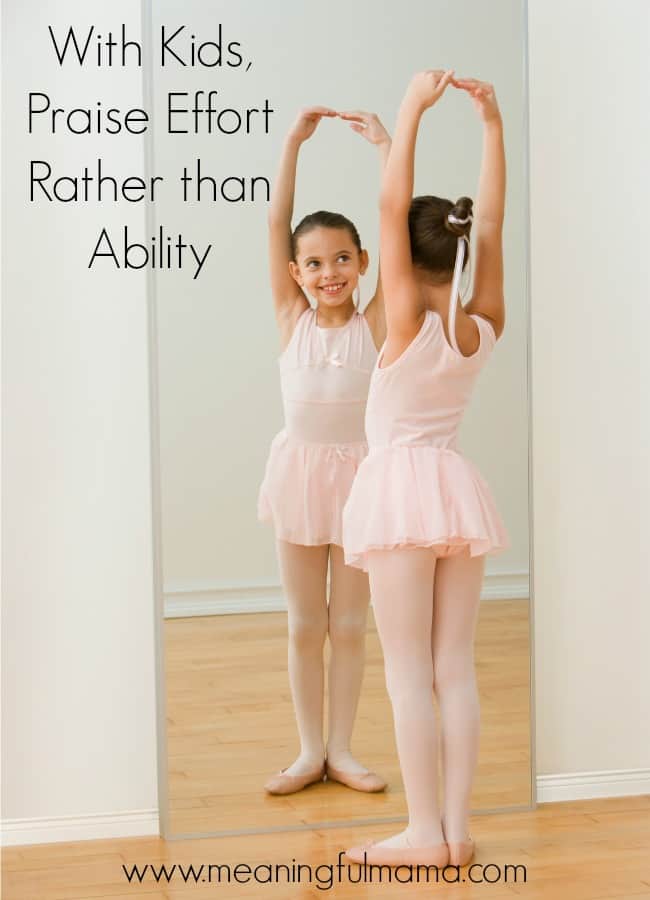 “What you praise defines what your child perceives success to be.” This quote was written by Dr. John Medina, author of the book I’m reading called “Brain Rules For Babies.” He is a leading expert in brain development research and encourages us to praise effort rather than ability. My information today comes from his book.

Sometimes compliments may look like this: “You are so smart,” or “You are so talented.” We are praising their innate ability rather than the effort they are putting forth. When you compliment their natural abilities, they begin to associate how easy it is with how smart they are. Therefore, when they run into challenges or things that require effort, they begin to doubt themselves and feel discouraged quickly. They often quit trying at this point. It can be associated with a reason a child does amazing in school and then suddenly their grades fall apart.

If you praise their innate ability, three things happen:

The solution is simple. Praise their efforts. Instead of saying, “You are so smart,” say, “ You must have studied really hard for that test. I’m so proud of you.” Success then becomes tied to effort and something within their control. “Kids regularly praised for effort successfully complete 50-60% more hard math problems than kids praised for intelligence” (pg. 141).  They consistently score higher in school as well as laboratory studies. Kids will enjoy more of a challenge and put in more effort as they associate their successes from their efforts rather than their innate ability.

That is a good point. I think we innocently tell out kids those things without realizing what the kids are thinking. Praising their effort instead makes a lot of sense. It takes a lot of effort to get through life sometimes!

Thanks for much for commenting. Learning this has really helped me change the way I not only comment but also think about achievement. Glad you enjoyed the tip. 🙂