Home » Kids » Character Building » Day #329 Risk-Taker Word Ring – Character Development, Week #49
Risk Taker
“Have I not commanded you, ‘Be strong and courageous! Do not tremble or be dismayed, for the LORD your God is with you wherever you go.” – Joshua 1:9

Definition: someone who will sacrifice loss or injury in the hope of gain or excitement

Reason Chosen: Being a risk taker is one of the learning attributes at Abby’s school. Before you imagine your children jumping off a cliff, know that that kind of risks we are talking about is not the risks associated with foolishness and folly. This kind of risk involves a willingness to try, fail and try again at dreams or ventures in life. I am reading a book called, “Brain Rules for Babies,” by John Medina. He talks about how creativity (one of the important contributors to intelligence) is associated with risk-taking. He says that creative entrepreneurs “score atmospherically high on tests that measure risk-taking…” The Bible also has numerous figures willing to take risks. It was a risk, especially socially, for Noah to build the ark. It was a risk for Joshua to march around the city of Jericho, hoping the city and his foes would be defeated by simply walking. It was a risk for the disciples to continue to follow Jesus among hostile Jews and Romans. They risked being made to look like a fool because they trusted God, and he pulled through. Trusting God does have risks involved, so it is important that are children are willing to, without being stupid, walk out on a few limbs.

Word Ring At the beginning of each week, the craft will be exactly the same because we will simply be adding a new word to our already established word ring. 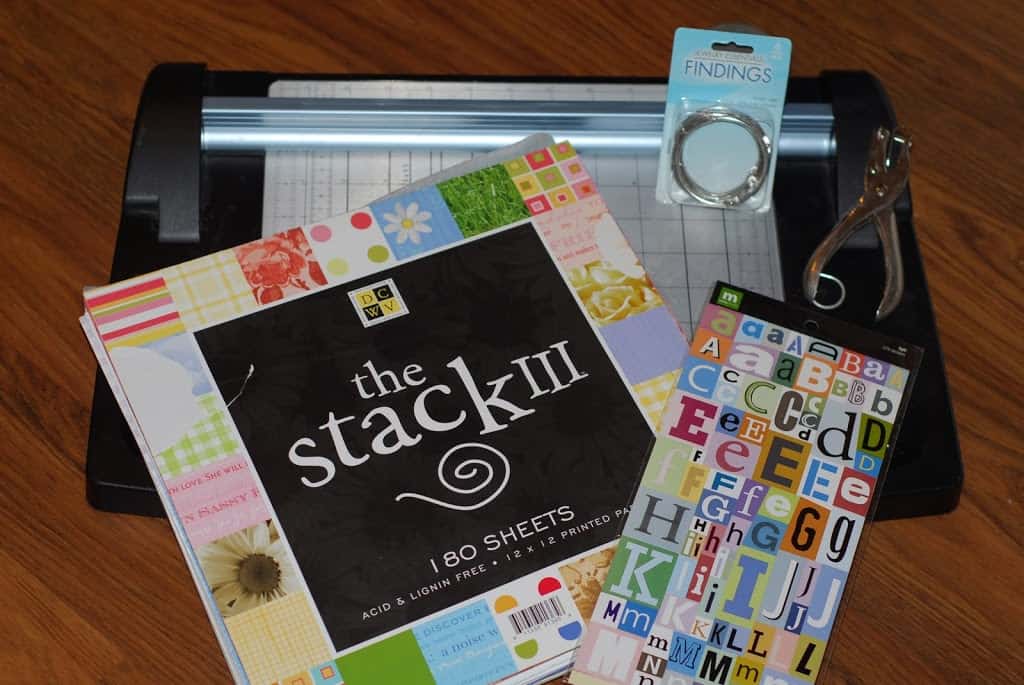 * Binder Clips (Craft Store)* Paper Cutter or Scissors* Hole Punch The girls chose a paper style they thought would look good with the letters they chose.  We then helped them sound out “risk taker.” They took turns finding the letters we needed and sticking them on the paper…they’re kids – the letters will not be stuck on perfect.  I then cut the paper to the same size as the paper from last week. We punched a hole in the corner and stuck it on our binding clip.  Each week, a new word will be added to the clip in similar fashion.  I then wrote the Bible verse on the back.  If your kids are older, have them do it themselves.  We’ll spend this week learning the word, meaning and memorizing the scripture. 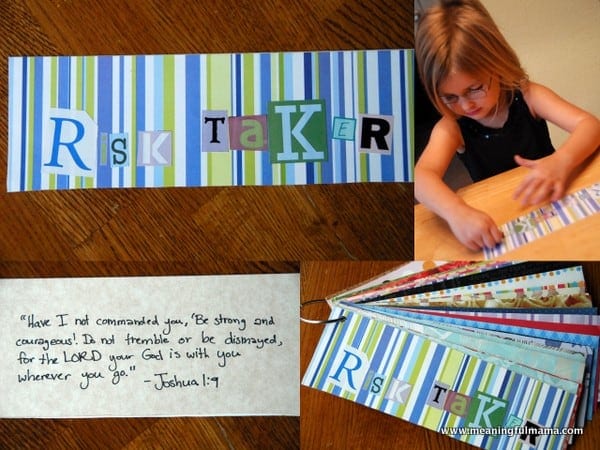