You are in the grocery store and a child starts to scream. Annoying. Let the mental judgements begin. “That parent obviously doesn’t know what they are doing. There must be no discipline in that house. Who REALLY is in charge of that home?” You look down your nose and judge. I know I did before I had kids. I have even done it as a mother. 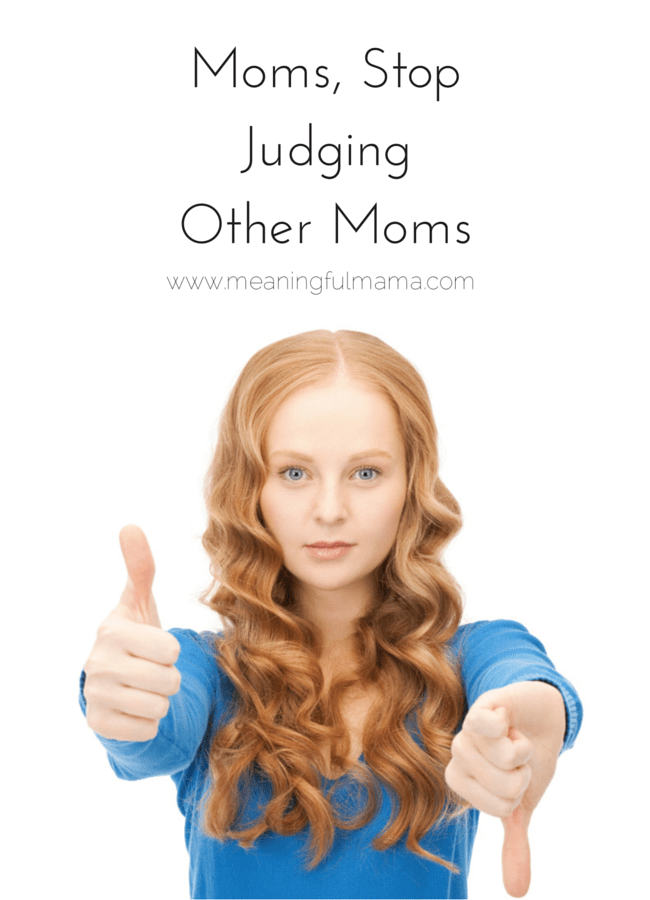 I judged those grocery store moments until my first experience with my own child throwing themselves on the ground in Target. I could feel the eyes. I was so embarrassed. I felt very good about my parenting and everything that had led up to that point, but it didn’t stop the looks and possible judgements I was receiving at the moment. I did get a sweet, “Good job, Mama, from the older woman standing behind me.” Bless that woman.

The story is that I wouldn’t buy my daughter something she wanted. This was not out of the ordinary. Today, however, something was different in her mind, and she decided to pitch a royal fit about it. I eventually got her up off the ground and we made our way to purchase the groceries and items I did have in my cart. She continued to scream. I got down to her eye level and calmly explained that she’d never get things she wanted by acting like that, and even if she is fabulous it doesn’t mean she gets everything she wants. I explained that she was going to have a consequence when we left the store, and I followed through with that after we left. I felt like I had done it right, but did that stop the judgement from the other people at the store? I’m not sure. 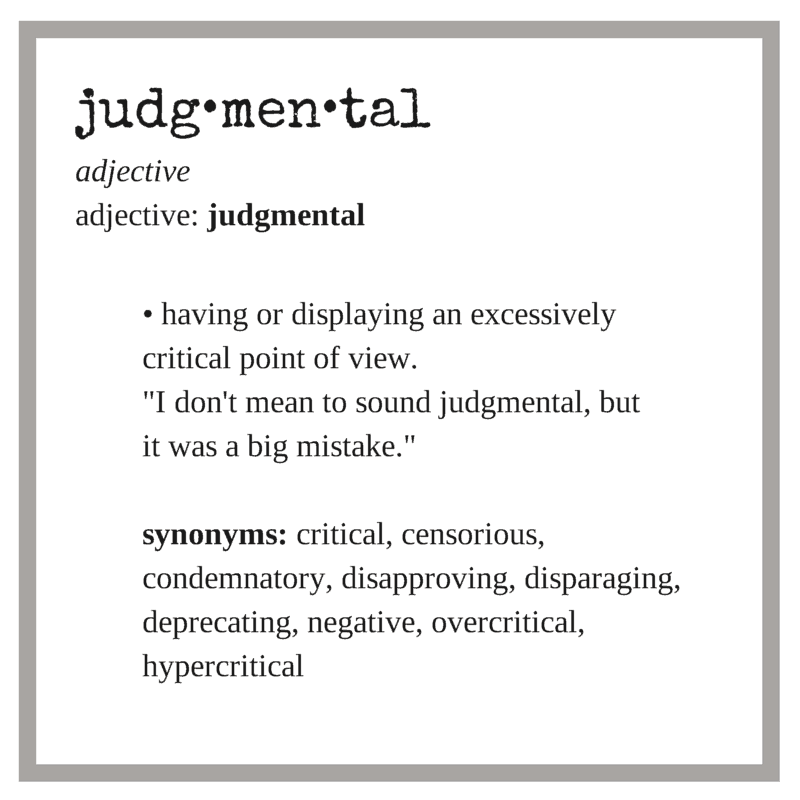 Yes, I used to judge.  I sometimes still do.  However, as I have been humbled in parenting, it happens less and less. The fact is, your kids are very different than my kids. Your kids are very different than the person with the screaming child in the grocery store in the aisle next to you. The reality is, you don’t know their story. You don’t know that child’s temperament. You don’t know if that child’s special needs. You may not know that the woman has just lost her husband within the month and the child their dad. You don’t know the daily struggles of parenting the mom is facing with her children. You don’t know squat. Parenting is hard enough! Stop judging other parents! “Stop judging others, and you will not be judged. Stop criticizing others, or it will all come back on you. If you forgive others, you will be forgiven.” – Luke 6:37

Is there time for intervention? Of course! If there is a situation where a child is clearly being mistreated you have conviction to step in and become an advocate. Is there a time to insert your opinions? Maybe, but we’ll get to how to do that in an effective way later.

You know, right now I have an easy child…AN easy child. I have three kids. If I had three of this particular child, I would think parenting was the most cut and dry thing on the planet. If you do XY and Z you produce XY and Z. I know parents who say, “My kids are just easy.” That just not everyone’s reality. It’s not mine. There are such a variety of personalities out there. Some children are emotionally high strung while others are painfully shy. Some children are stubborn as a mule while others are curious and get into everything. Children can be hyper, physical, pessimistic and challenging. All these behaviors can be learned behaviors. Nurture is a factor in behavior. However, I have experienced that nature also plays a huge role. Brain expert, John Medina, wrote the book Brain Rules for Baby (Updated and Expanded): How to Raise a Smart and Happy Child from Zero to Five

(affiliate link provided for your convenience), where he identifies that some kids are born with what he calls a “happy gene,” which helps them overcome when things get difficult. Some kids don’t have that gene. Our children’s brains are simply wired differently. Yes, there are great parenting techniques to parent these personalities. I see general principals that I like to share on Meaningful Mama that are things that are working for us. There are “majors” to focus on like parenting to the heart, discipline, consistency, love, grace, you are the parent and the child is the child, modeling, etc. However, we are all given individual cases where individual children will have different currencies, different responses to rewards vs. punishments, different eating and sleeping rhythms and different responses to the stimuli in their environment. So, while I like to go into my parenting with a plan of action, keeping end goals in mind, I also need to know that I need to be flexible enough to adapt to the different personalities I have been given. It is also critical to remember that my journey is not the same journey as the parent standing next to me.

Parenting is challenging enough as it is. We need to become a community that supports one another rather than tries to tear each other down because we think we are right. Moms, Stop judging other moms.

More Posts in my “Moms, Stop Judging Other Moms” Series 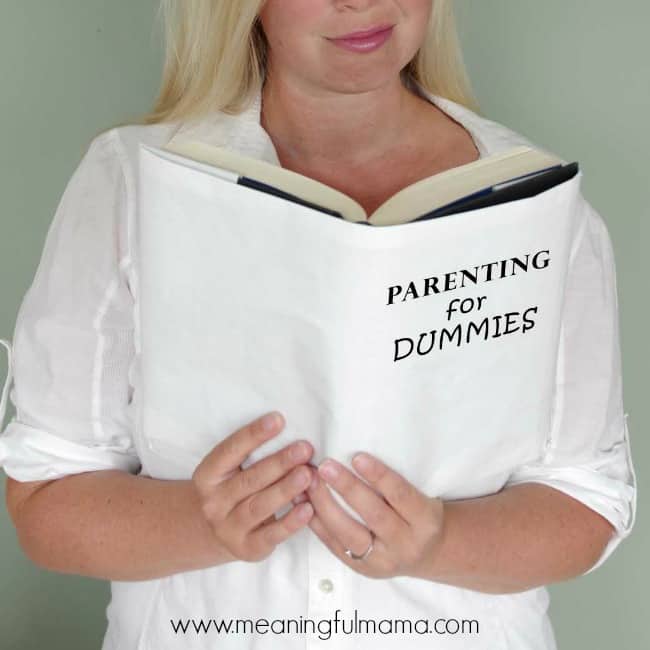 10 Ways We Need to Stop Judging Other Moms 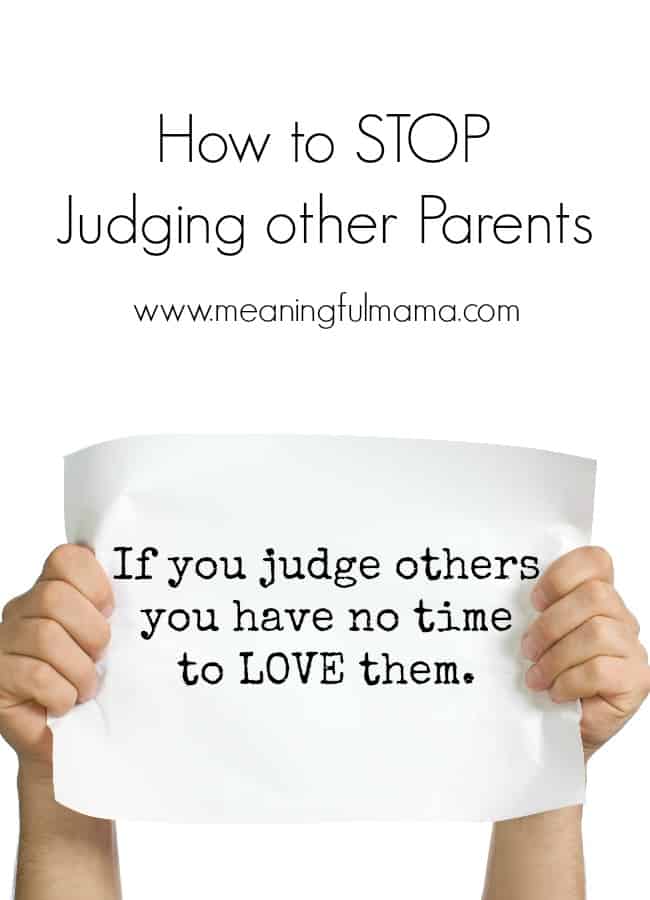 How to Stop Judging Other Parents

OH this post is awesome! Seriously, there is too much judging going on and too much bullying. People need to learn to mind their own business and let other moms do what is right for their families. Sheesh. Looking forward to this series of posts.

Thank you so much! I have a few posts right now that have been on my heart and really hope they make an impact. Thank for commenting, and I’m glad you enjoyed this post.

Yes, yes, yes! We have no idea what is right for other families. As moms, we need to give each other all the support we can!

My passion is to encourage and equip parents to be more intentional in this important role.
Your information will *never* be shared or sold to a 3rd party.
wpDiscuz
6
0
Would love your thoughts, please comment.x
()
x
| Reply