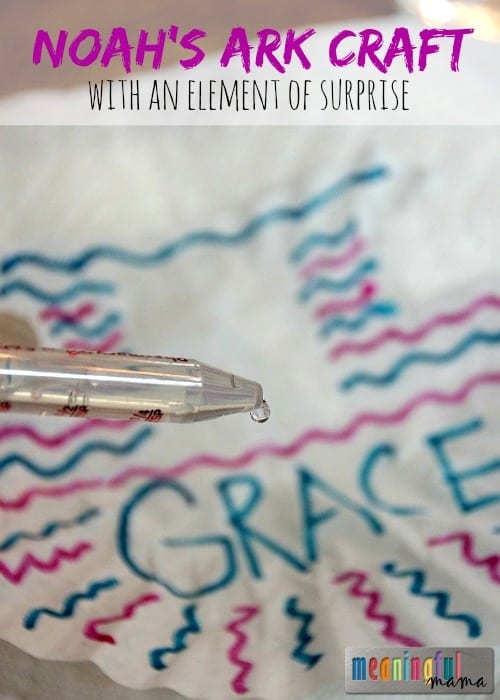 How does Noah’s Ark point to God’s holiness? God is holy. The evil that you see in the world around you disgusts you. You see the pain and the destruction caused in the lives of people around the world. For me, the atrocities done to children, make me especially sick. I think we can all unite in sadness and appall at some of the horrible things we read about in the world news. Guess what?! It is appalling to God too. He is more holy than we can comprehend, so the things that oppose his righteousness, bring him disgust too. During Noah’s time, evil had overcome the world. “The Lord saw how great the wickedness of the human race had become on the earth, and that every inclination of the thoughts of the human heart was only evil all the time.” Genesis 6:5. He loved man, but he did not like what man had become. He wanted to rid the earth of the evil that had taken over the heart of man, and He did.

How does Noah’s Ark point to God’s grace? His grace was shown in His sparing of one man, Noah, and his family so the race could continue. When God created man He said, “It is very good.” All the rest of creation he had called “good,” but he loved what He had created in man (Genesis 1). However, man turned away from God and chose a path of loving themselves rather than their Creator. Evil, over time, had become rampant. Grace is shown in the fact that he wanted to wipe away all the evil that had overtaken the world. He couldn’t stand the pain that was being done to people. So, he saved a remnant of his creation and did away with the rest. Did the story of Noah’s ark result in a sinless world? Absolutely not. Man, again, went down a path of choosing power, wealth, sin and destruction rather than God, righteousness and love. In his grace, rather than destroying the world again, he sent a Savior. He knew of humanity’s need for a Savior, so He sent his son, Jesus, into the world to wipe away sin in a different way. Rather than killing us off, “God demonstrates his own love for us in this: While we were still sinners, Christ died for us.” – Romans 5:8. Where God once used water to wash away the sins of the world, He now uses Christ’s blood. Does that mean believers are perfect now? Absolutely not. However, it means that our sins are no more in God’s eyes when we choose to trust in God’s free gift through faith in his Son. The Bible also points to a future time when sin will be wiped permanently from the earth. We await a time when Christ will return to establish His kingdom, and “He will wipe every tear from their eyes. There will be no more death or mourning or crying or pain, for the old order of things has passed away.” – Revelation 21:4. Christ’s future return is another indication of his holiness and His grace. What does it take to be a part of this future kingdom? Faith.

The craft today is meant to point to both God’s holiness and grace. The truth is that some think of Noah’s ark as a sweet kid story, but I love Tim Hawkins humor and his take on it in this quick one minute comedy sketch:

Now that we have established the heart behind the story and the dual message we can share with the kids, we want a craft that is meaningful and powerful. I wanted to create an element of surprise that involved the addition of water. I was inspired by my pervious coffee filter tie dye craft for this Noah’s Ark craft.  I also wanted this craft to point forward to Jesus and tie the Old Testament with the New Testament, which is done so beautifully in two of my favorite resources for teaching kids about the Bible: Jesus Storybook Bible and Long Story Short.

How to Make Noah’s Ark Craft 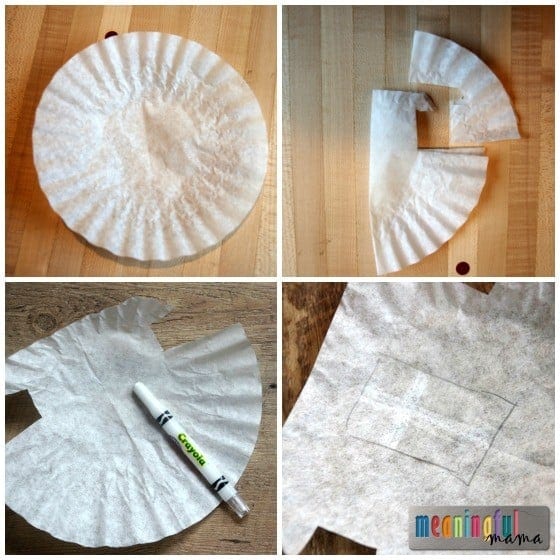 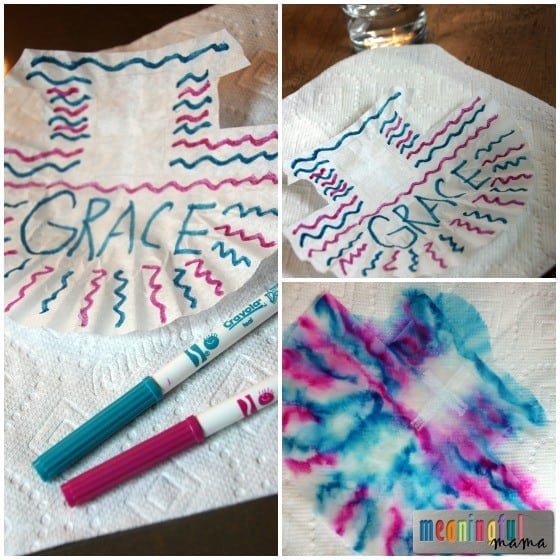 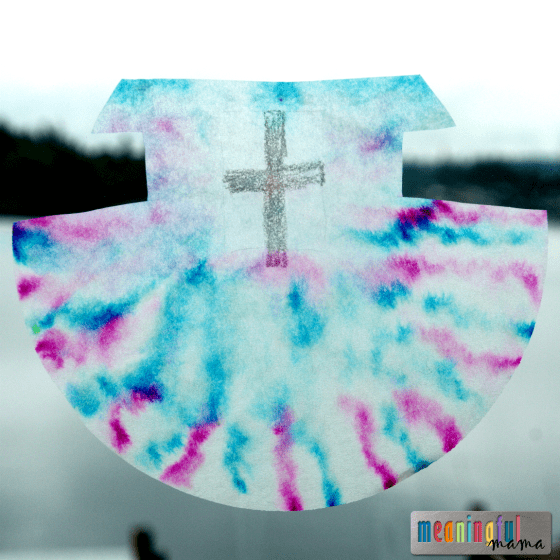 These are beautiful when hung in a window as a reminder of God’s holiness and grace. The cross shows through brightly to remind us of how the story of Noah points forward to a Savior called Jesus Christ.

Love this!
Looking for ideas for a study with children on holiness and this will work out great!
thanks for sharing this idea and your thoughts to go with it

That’s fabulous. I’m so glad it’s helpful. You also might want to check out Sprout Box – http://www.sproutboxkids.com. It’s coming soon, and I’m helping put together some of the ideas. I think it will be a great way to equip parents to teach their kids.

how long does it take to dry? If I do this with my Sunday school class could they take it home and the cross still show?

I am not sure how long it will take to dry, but I’m pretty sure it would dry by the end if you did it at the beginning. I would do a test run really quick. I would dry on top of paper towels. The cross will stay there. I hope it goes well.

Love the craft…on my list of bible school crafts. My question is about the music for the video tutorial. What song do you have in the background? It would go great for a bible school song or even to just plan during craft time. Thanks

Oh man. I’m not sure the name of the song. I am so sorry I’ve taken so long to write. It’s been a busy week. I wanted to wait until I could sit down and try and find it for you. It was one of the free songs they offer up on YouTube, but when I went back to look at the settings and audio, I could not find the name of the music. I searched through their song list, and I can’t seem to find it there either. I’m sorry I’m not help. 🙁

Does is matter which side the white crayon cross is on or can they decorate either side with marker?

The white cross should be on the same side as the marker colorings. Hope that helps. 🙂