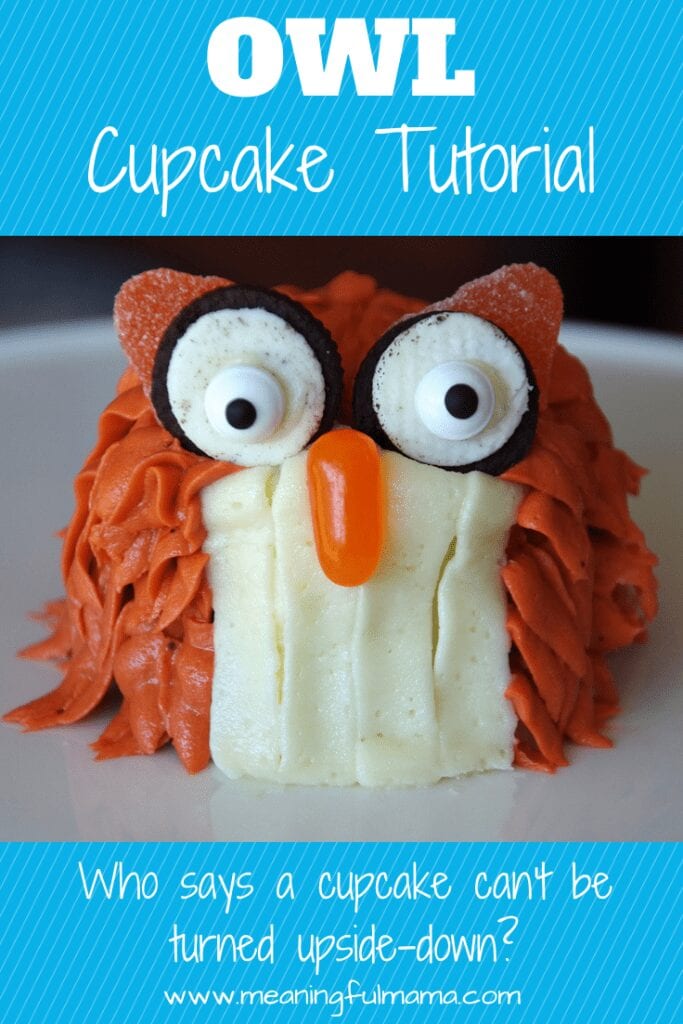 My daughter had her owl party at the beginning of April. With Easter and then some other scheduled posts, I haven’t been able to get you very much about the party. I’m working toward it. I promise. You know me, though. I like to have a tutorial so you don’t just see what we do. You are empowered to create things yourself. Therefore, it doesn’t make sense to just present the party. I need to give you the how-to steps. Today I’m giving you my owl cupcake tutorial. The funny thing about these cupcakes is that I didn’t actually make them for the party. These were one of my brainstorming ideas for when I was approached by Better Homes and Gardens. I ended up doing the upside-down cupcake idea, but we decided on the adorable bunny cupcake instead. So, why didn’t I do a bunch of these cupcakes for her party? It was super tempting because I love them. However, I love doing cakes even more. I wanted to create a cake for her birthday. That tutorial will come too. I still wanted to teach you how to do the owl cupcakes because they might be just what you were looking for when planning your own party or event.

* Affiliate Links Added for Your Convenience

Cupcakes (Why not try my favorite chocolate or my white velvet)

1. Bake Cupcakes and cut off the domed top with a serrated knife. Flip the cupcake upside down.

3. Do four strips of frosting starting at the top of the cupcake and working your way down.

4. Mix copper color into buttercream and fill another pastry bag fitted with tip #69 (or #352).

5. Starting on the bottom, make columns of “leaves” (in this case they are working as feathers). The tip does all the work for you, so it is not too hard. I actually found a tutorial on YouTube on how to do it without the tip…just a plastic bag or disposable pastry bag. Here is the YouTube tutorial for both tip #69 (she uses #67 – just a size difference, which is fine) or tip #352. I just used tip #69 as I didn’t care about my ends coming to a perfect point. Continue working in columns from the bottom up to the top all around the cupcake until it is covered completely.

6. To make the eyes you will need mini-Oreos and candy eyes. Open two mini-Oreos and use the side where the cream filling stuck. Then, add the candy eyes to the center. You may need a little frosting to adhere these. Stick your eyes onto the top of the white belly section.

7. Add a orange Mike & Ike beak directly under the eyes and right in the middle. You could also use Starburst minis as a beak like I did for my owl strawberries.

8. For the ears, cut the orange slice candy in half. Stick those right behind the edges of the eyes, as show. 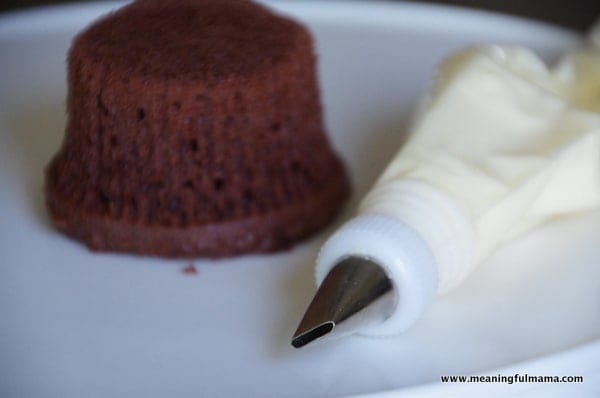 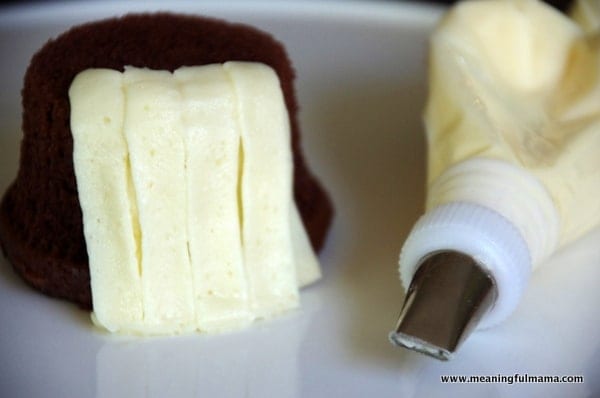 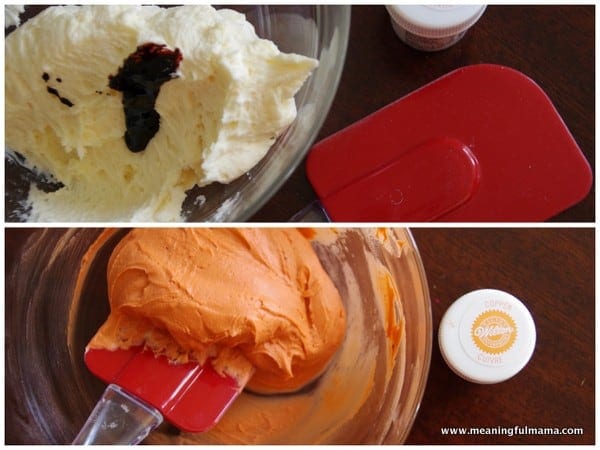 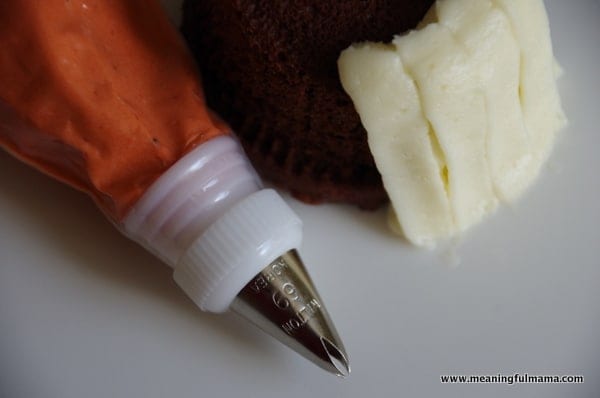 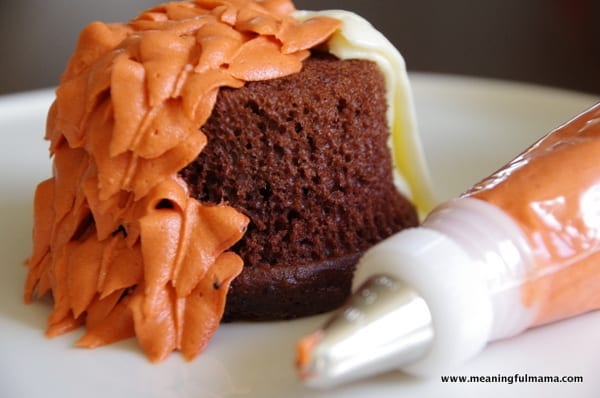 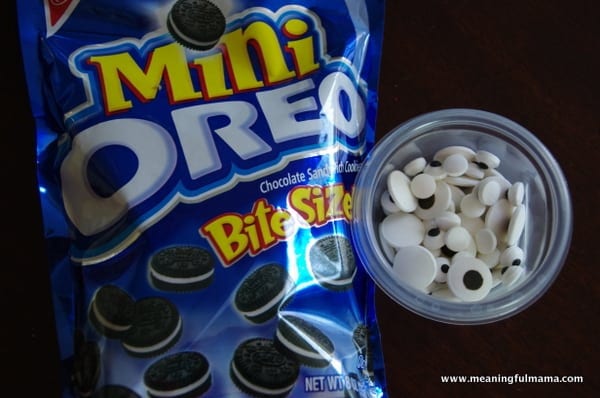 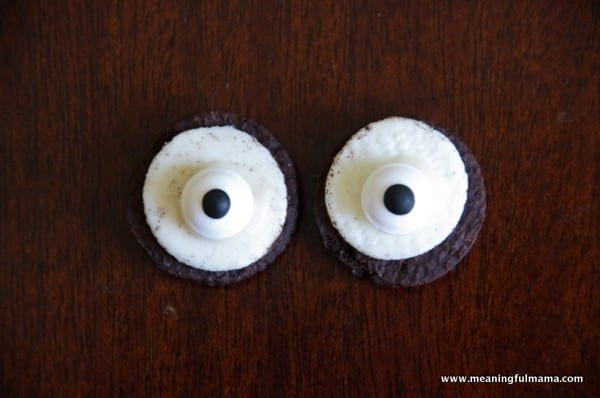 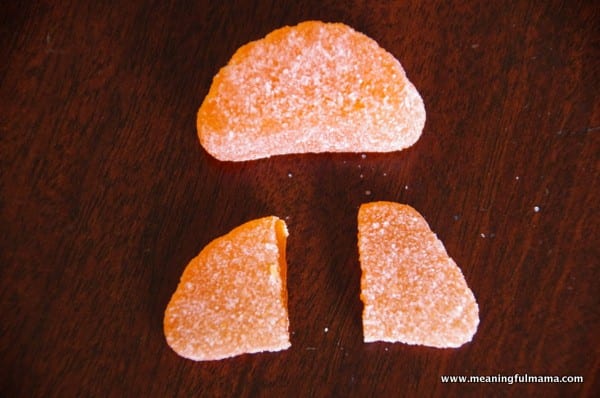 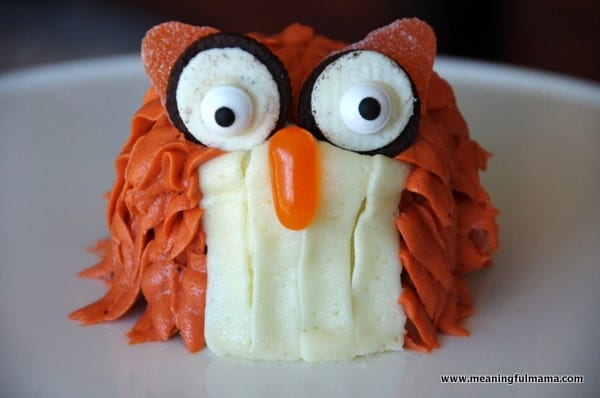 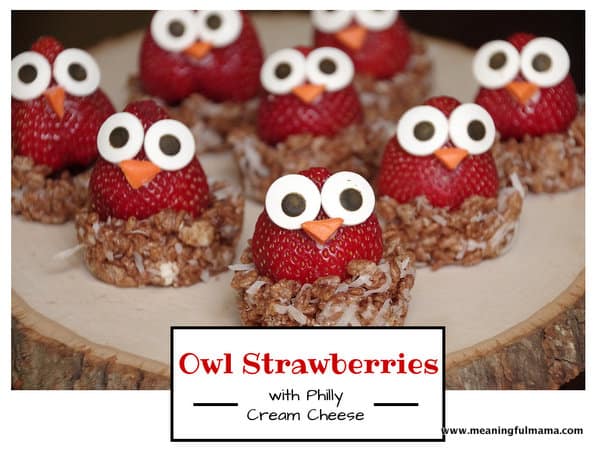 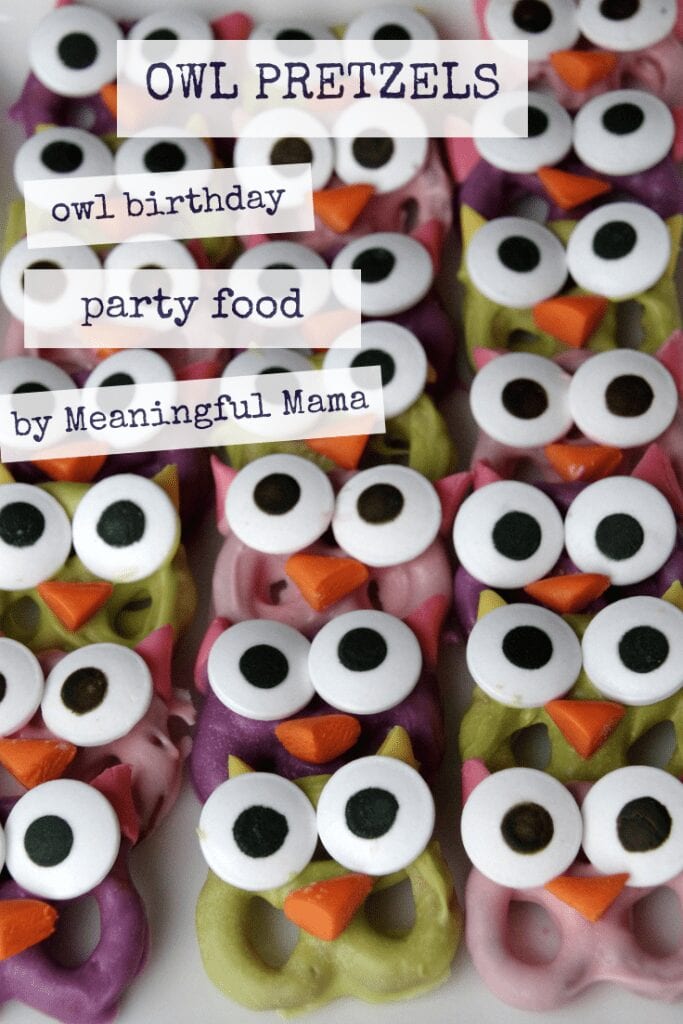