Home » Parenting » The Truth About TV Time
If you frequent my parenting tips and blog, you might find out that I don’t often operate in extremes. Do I limit sugar? Yes, but I also let them enjoy desserts and sometimes offer up treats as a reward. I believe in medicine, but I first try and find natural solutions for sickness. At the park, I probably am a mix between the helicopter parent and the non-present entity. I feel the same about television time. The truth about TV time, for the most part, is that it is not good for your child’s development. That said, I have not thrown my television out the window. Do we watch television every day? No. Is it limited? Yes. Are there days where I break my own rules about how much TV will be watched? Yes. I want to give you the facts about television time so that you can make a decision for your family. You might want to throw the television out the window after reading this, but I’ll give you my system for watching TV after I present some data. 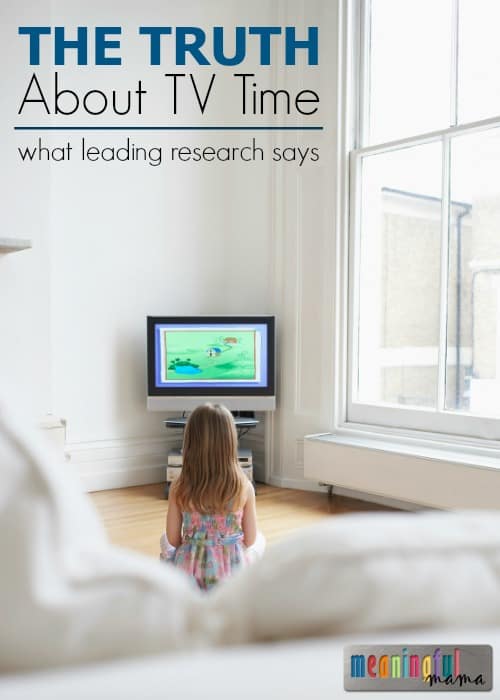 * Affiliate links provided for your convenience. Anything you purchase through these links helps to support Meaningful Mama and the free resources I provide. Thank you for choosing to support us.
I have already written a brief post about limiting screen time. A book I have loved reading as a parent is “Brain Rules for Baby,” by John Medina. He is also the author of Brain Rules, another great read. John Medina is” a developmental molecular biologist focused on the genes involved in human brain development and the genetics of psychiatric disorders.” He was also one of my husband’s mentors in college, which is a fun side note. When reading his book, here are some of the facts and advice he presented about television time. I put one in bold because it was a fact that really stood out to me and influences my screen limitations.

How do we handle TV time in our home?

Now that I’ve presented some of the facts, I’d love to talk to you about how I handle TV time in our home.

Now that you have the facts and a little insight into how we manage TV time in our home, I hope  you feel like you have the tools to figure out what works for your family. Here are some more thoughts on limiting screen time. 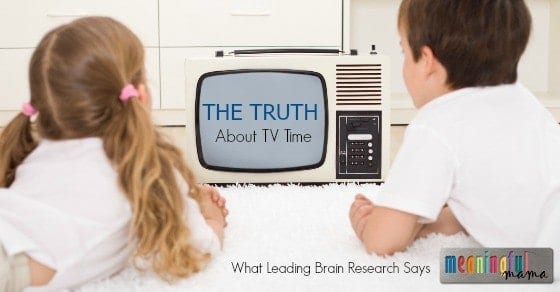