In rearing children, it’s important to understand the motives behind their actions.  They aren’t born knowing everything.  In fact, they are not born knowing anything. They are a blank slate, even though they were definitely created with their own personalities. I have a huge belief in the balance of nature and nurture. That said, these kids are in a constant state of growth and understanding. Actually, we all are in a state of growth. When assessing how we are going to parent through a situation, we need to distinguish between “willful disobedience” and “childish irresponsibility.” 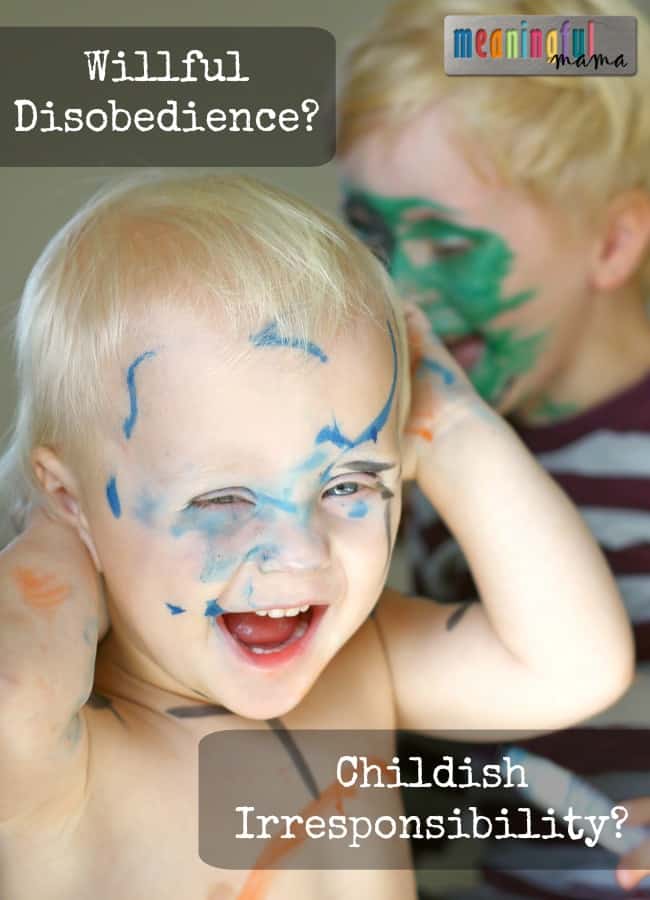 Not every action is defiance. Much of what kids are going through in the younger ages is a mere irresponsibility due to lack of experience and excess curiosity. Stealing from the infamous Curious George books (affiliate link), I often say, “I have good little monkeys, but they are always very curious.”  It’s our job to come along side them to teach them through those moments.

My tendency is to get frustrated or angry. I don’t want to clean up another mistake. Forgetting that they don’t know better, I might want to slip straight into a consequence because the behavior is so obviously wrong to us. 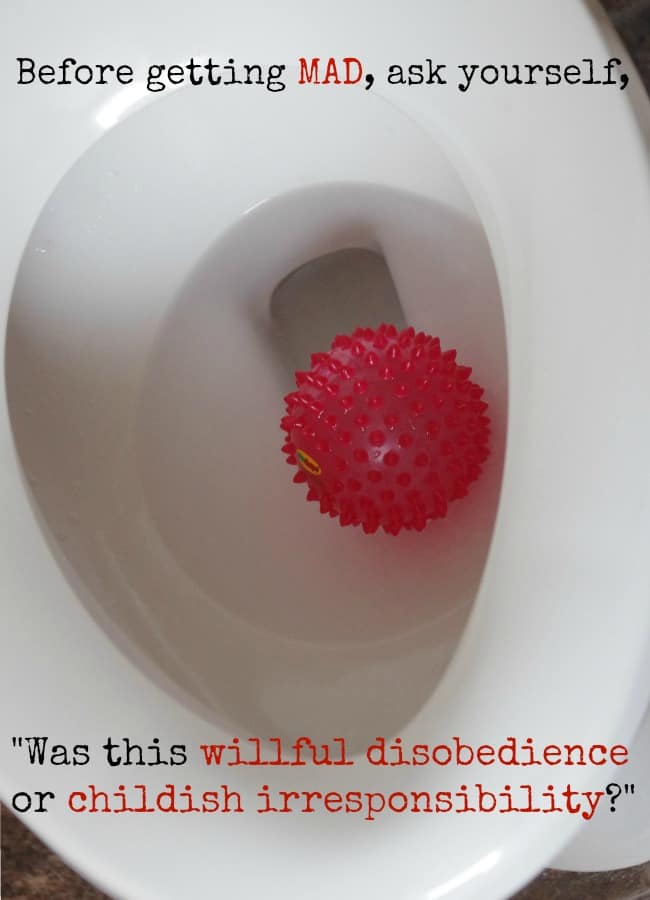 I remember learning in child psychology that so much of what we would see as disobedience is children trying to explore their world.  We might see a child drop a ball into the toilet and become immediately annoyed and angry. I know I do.  However, from the child’s point of view, they may be curious about the sound it makes, how deep it might fall, if it floats or sinks or any number of things.  It’s a teaching moment ,not to be disciplined.

However, if they’ve been told to not throw anything in the toilet, and you can tell they are doing it out of direct disobedience, then it become willful defiance and must be addressed in a different manner.

We want to get at the hearts of our kids, and it’s not going to happen if they feel shamed every time they make a mistake.  Parenting isn’t easy.  Judging the line between childish irresponsibility and willful defiance is a tough one that takes understanding, careful consideration and patience.  We, too, are going to make mistakes in this.

It’s good to be able to take a moment to try and figure out the motivation in the moment so that you can really respond to these hard moments in the most appropriate ways. Before lashing out in anger or frustration, take a breather and ask yourself the important question. Was this willful disobedience or childish irresponsibility? If you have established it is defiance, you will want to consider what kind of consequence make sense. 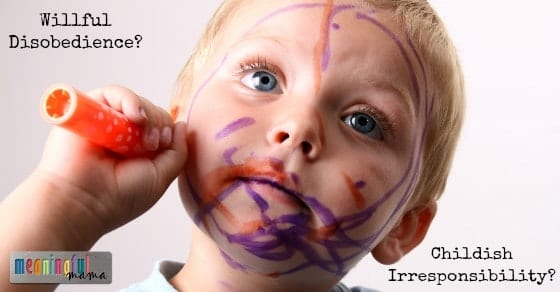