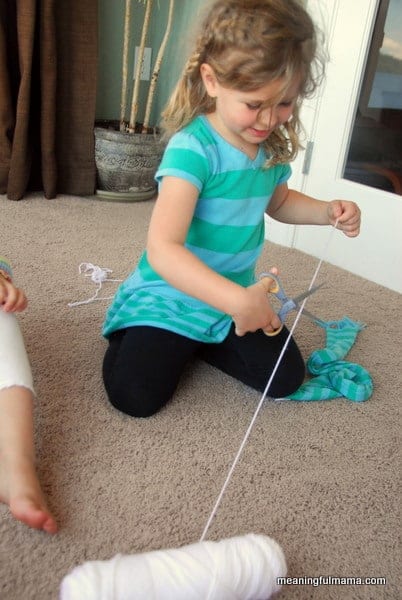 This was a game that involves estimating with yarn. I would show an object, and they would look at it without touching. After a short observation, I would take the object away, and they would cut the yarn to the estimated size. The rule was if it was longer than the object. no point was rewarded. A point was given to the person who came closest without going over. We did this with a number of household objects from the house. 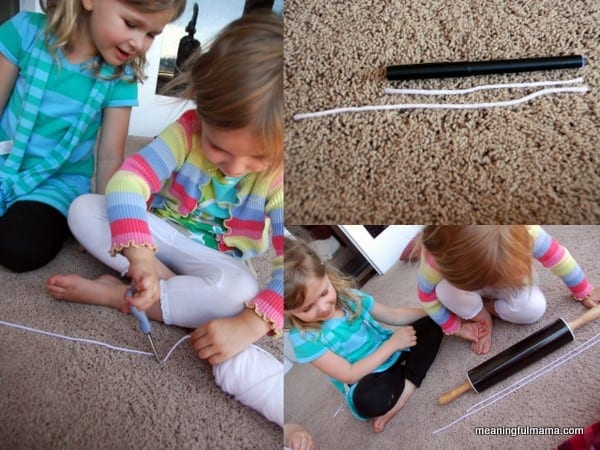 All of your ideas are so great. my little bird just turned two so shes a bit young for this one but I so look forward to being able to do more activities like this before I know it. Good to stock up the store of good games now! thanks!

That’s why I love Pinterest. I totally pin things for the future. You obviously have a passion for mommying. Part of that is just collecting ideas along the way. Thanks!

This is a great idea. A lot of people forget you can measure with nonstandard units as well as standard. I love it! Thanks for linking up to Thinky Linky Thursday!
Lori @ Cachey Mama’s Classroom

Thanks so much for commenting, Lori. Have a great week.