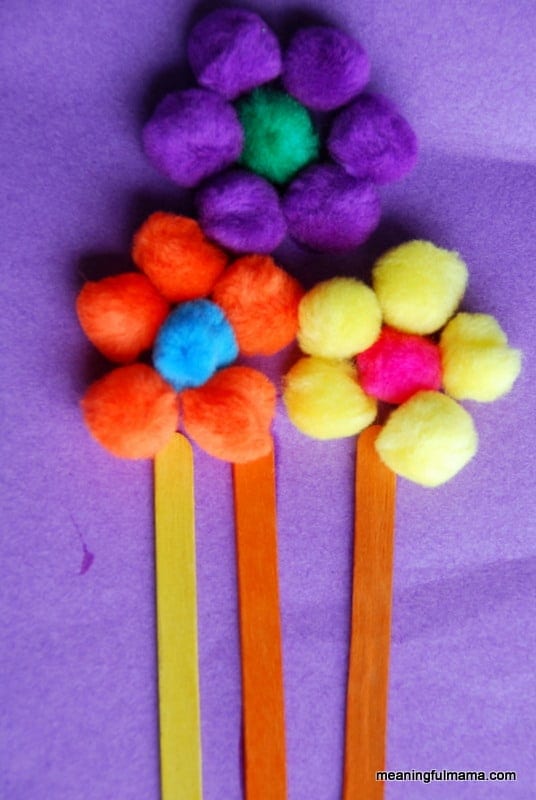 Today Abby came downstairs and proudly announced, “I have an activity planned for us.” Fabulous. I love that she had something all planned out. She told me exactly what she needed from the craft closet. She then announced that we were going to make things out of Pom Poms and Popsicle sticks. I absolutely love letting kids explore their own ideas and their own creativity. Yes, I often have a lot planned in terms of crafts and activities. However, what I haven’t shown yet is the times that I let them explore their own creative ideas. Normally, they’re just working independently and creating whatever they want. Today, Abby took leadership  and decided she wanted to come up with an idea for us. It was highly successful. We all had a lot of fun. 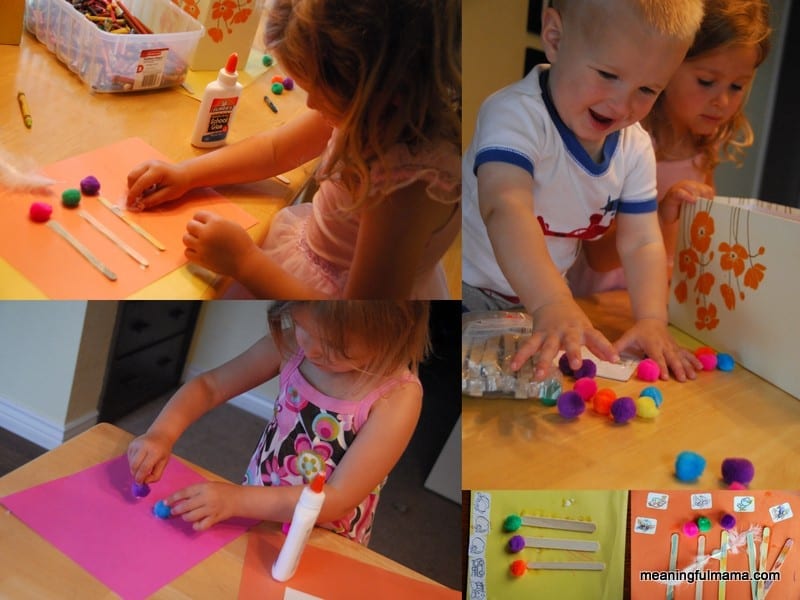 I really enjoy your blog and have nominated your for two awards. Do not feel obligated to participate but if you choose to check out the post here 🙂
http://www.motivatedmommyoftwo.com/2012/06/awards-sunshine-and-kreativ-blogger.html

I really enjoy your blog and have nominated your for two awards. Do not feel obligated to participate but if you choose to check out the post here 🙂
http://www.motivatedmommyoftwo.com/2012/06/awards-sunshine-and-kreativ-blogger.html

I’ll try to get it done. I’ve got a birthday party we’re building up to this week and have found myself super busy. I hope to get to it. Thanks for the honor.