Home » Kids » Bible Lessons » Submissiveness with Jonah and the Whale – Character Development, Week #29
Submissiveness
“Submit to one another out of reverence to Christ.” – Ephesians 5:21 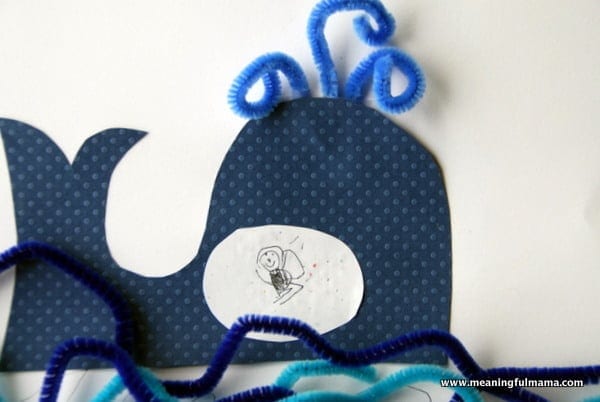 Today we looked at the idea of submissiveness by examining the Bible story about Jonah and the Fish. It may not have been a whale, but we still represented it that way. I asked them about the story to see what they could recall. Then, I told them a few of the details they left out. The story is found in the book of Jonah. Essentially, God told Jonah to go preach to a people group who had rebelled against God. Jonah had no desire for God to have mercy on these people because, quite frankly, he just didn’t like this particular people group. There was history between the cultures. Racism isn’t a modern concept. Jonah decided he wasn’t going to submit to God’s will and, instead, took a boat in the opposite direction. When a storm came, Jonah told his shipmates to throw him overboard because he knew God had created the storm due to his disobedience. When he was thrown into the sea, he was swallowed by a large fish. In the fish, he yielded his own wishes and decided to obey God. The fish spit him back onto the shore and he went to preach God’s mercy and goodness to this group of people, who repented of their ways and turned to God. Our craft to represent this story was simple. I cut some cute paper into the shape of a whale and had the girls draw a picture of Jonah in a circle that we pasted to it. We used pipe cleaners to represent the water both in the spout and the sea. 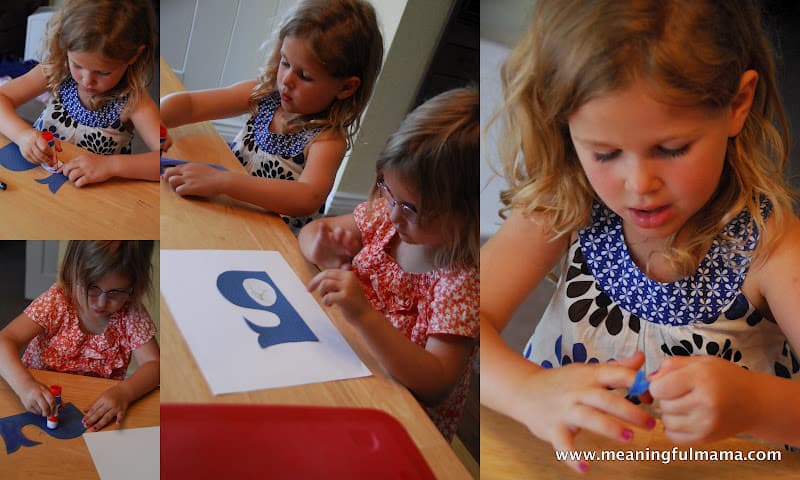