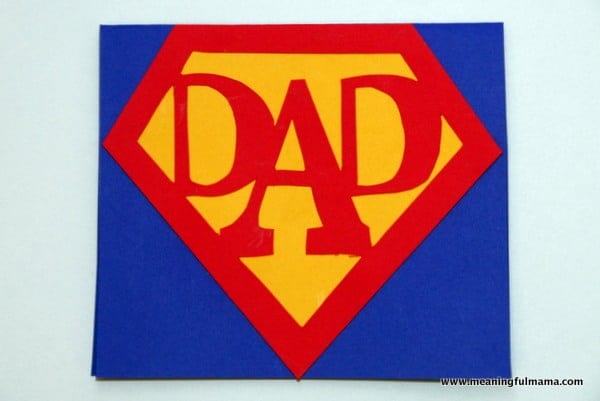 I told my kids that we were going to make dad a card for his birthday. They recently had a conversation with him that revealed that his favorite super hero is Superman. So, they actually came up with the idea to make a super man symbol for the card. I thought it was a great idea, so we set to work. This card is made from card stock paper – slightly thicker than a standard sheet of paper.
I had to do all the first work, so I got out a ruler and pencil and started trying to design the symbol that I found at Pink and Posh. My husband (I know, poor guy, it was his birthday card) created a printable for you so you can replicate this idea. 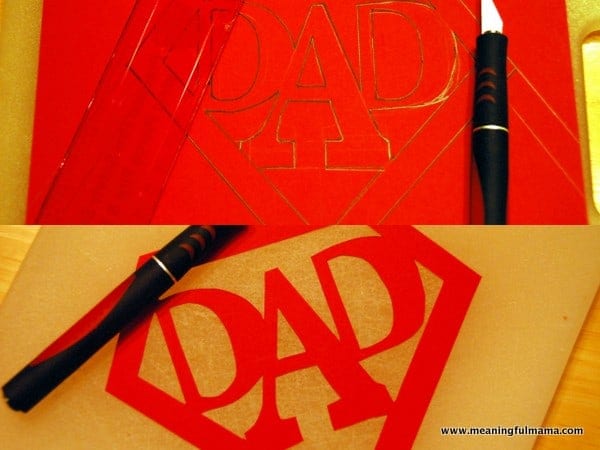 After drawing up the symbol, I used my handy dandy X-Acto knife to cut out my superman emblem. I had to papers stacked – a blank red one was under the one I had all marked up. 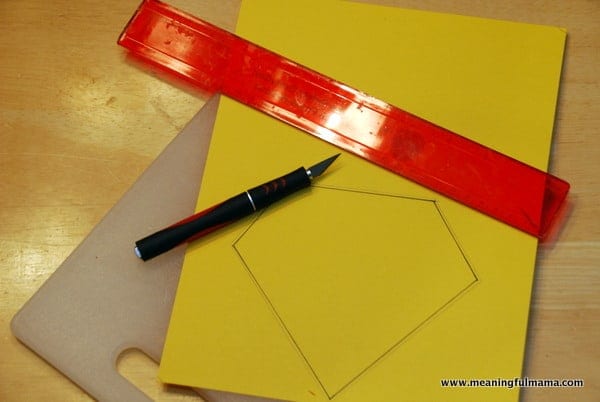 I then traced the outside of the symbol. I used a ruler to mark it just slightly smaller than the red symbol. I used the knife to cut it out. Yes, this card took a bunch of prep from me, but it’s now the kids’ turn to step in to help a little. 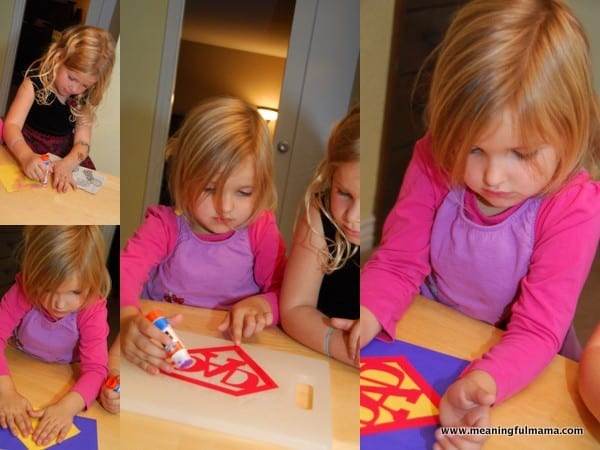 We took a blue sheet of card stock and folded it in half. They first glued the yellow on the paper. Next, it was time for them to glue the Super Dad symbol. It was originally going to be a rectangular card, but we decided to make it into a square. Another thing we considered but the girls decided against (surprising me) was turning the card into the shape of a cape. Inside I wrote “We think you are a super dad.” Then, the girls were able to write and design the inside.

Hi,
It’s coming up Father’s Day in NZ so was looking for a super dad template to make a card. Would you please be able to update the Dropbox access for the free printable?

Hi Laurel, I’m sorry the link was bad. That has happened to some of my Dropbox stuff, and I’ve had to make some changes. I updated the link, but here it is for your convenience: https://meaningfulmama.com/wp-content/uploads/2015/08/Super-Dad-Printable.pdf. Thanks for checking in. Glad you like it and will be using it.