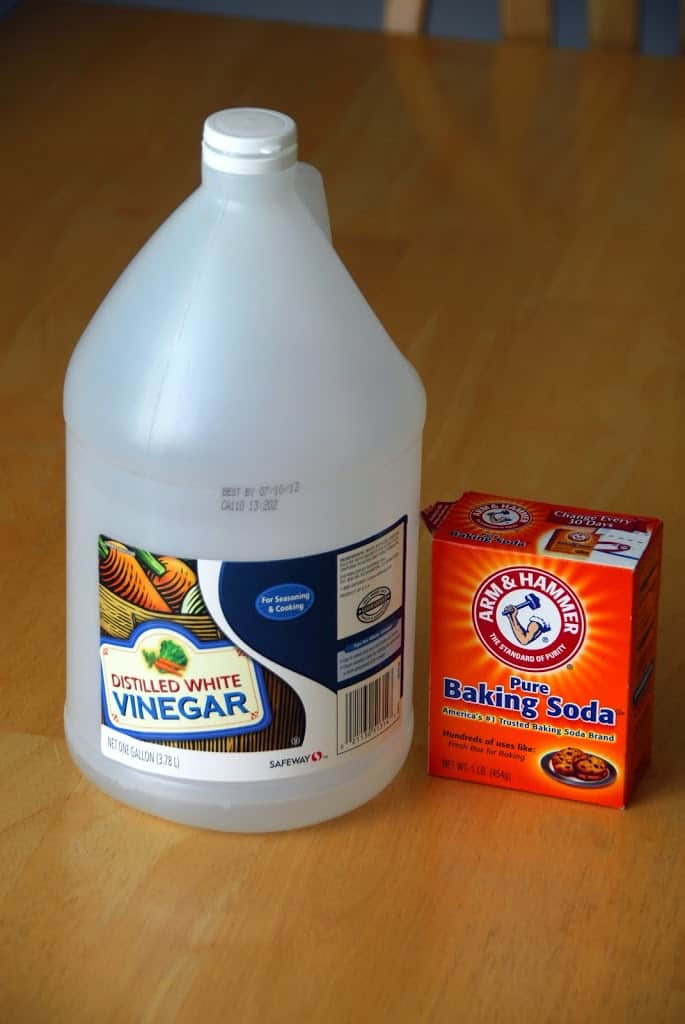 The first experiment was the best.  I dumped a bit of vinegar in a bottle with a small opening at the top.  Then, I filled a balloon with some baking soda.  I tested it first to make sure I had the right balance to make it work.  I used about 1/2 cup vinegar and 3/4 tsp baking soda.  I then attached the balloon to the top of the bottle.  I had done this all without them watching.  Then, I asked the girls, “How do we make a balloon get bigger?”  They both demonstrated blowing.  I said, “Do you think I could make that balloon bigger without blowing?”  They concluded, “No.”  I held the balloon up a bit, which released the baking soda into the vinegar, and to their amazement the balloon began to expand. 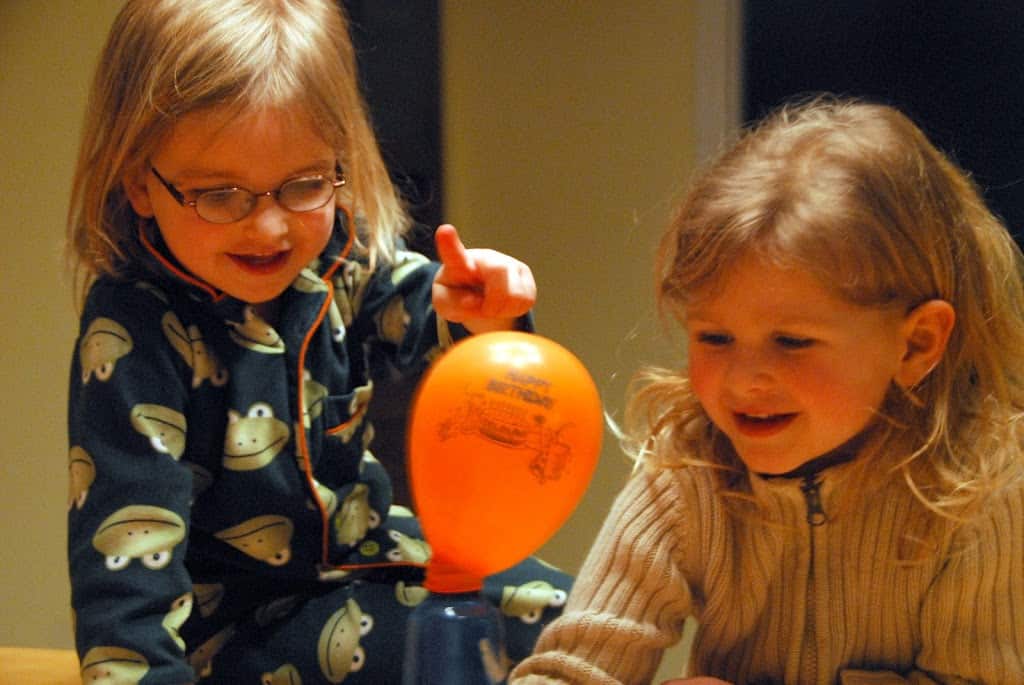 I explained to them that it was what was called a “chemical reaction” between baking soda and vinegar.  I had them repeat that phrase.  We then decided to experiment with those two elements when put together inside a film canister.  We put 1 tsp of baking soda in a piece of Kleenex and wrapped it up into a little ball.  Then, we put 3 tsp of vinegar in the film canister.  Working quickly, I put the baking soda tissue into the film canister and shut the lid.  My understand was that the lid was suppose to fly off.  We only got a little “pop,” even though we attempted it a few times.  They like watching the lid pop off a little though. 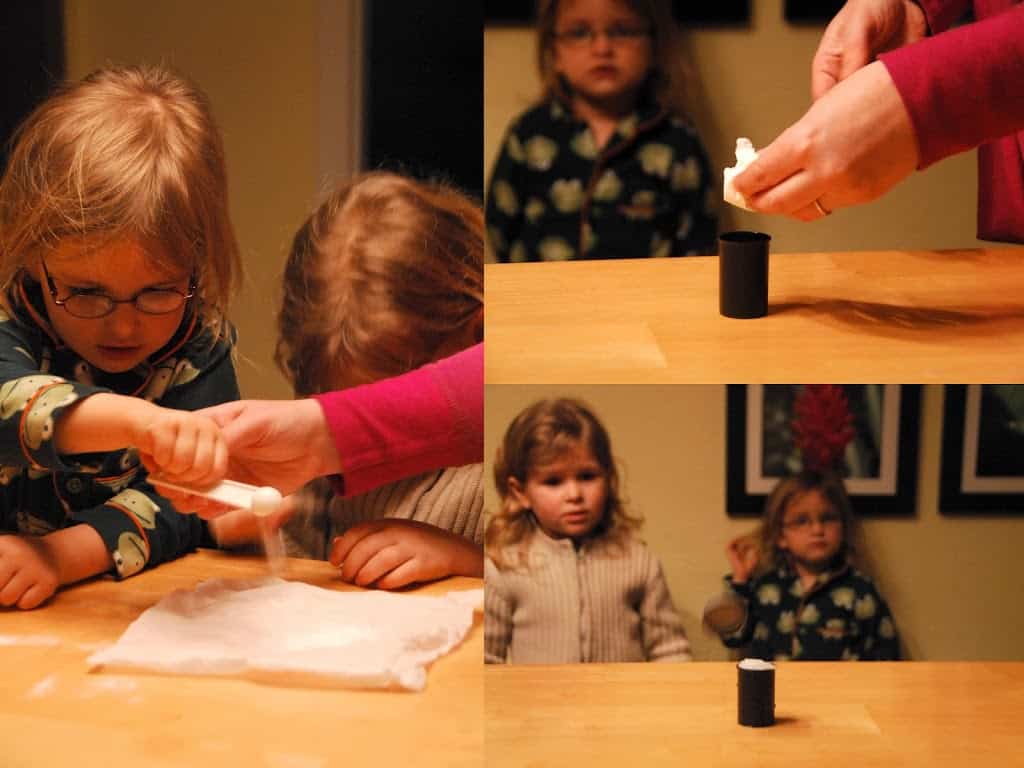 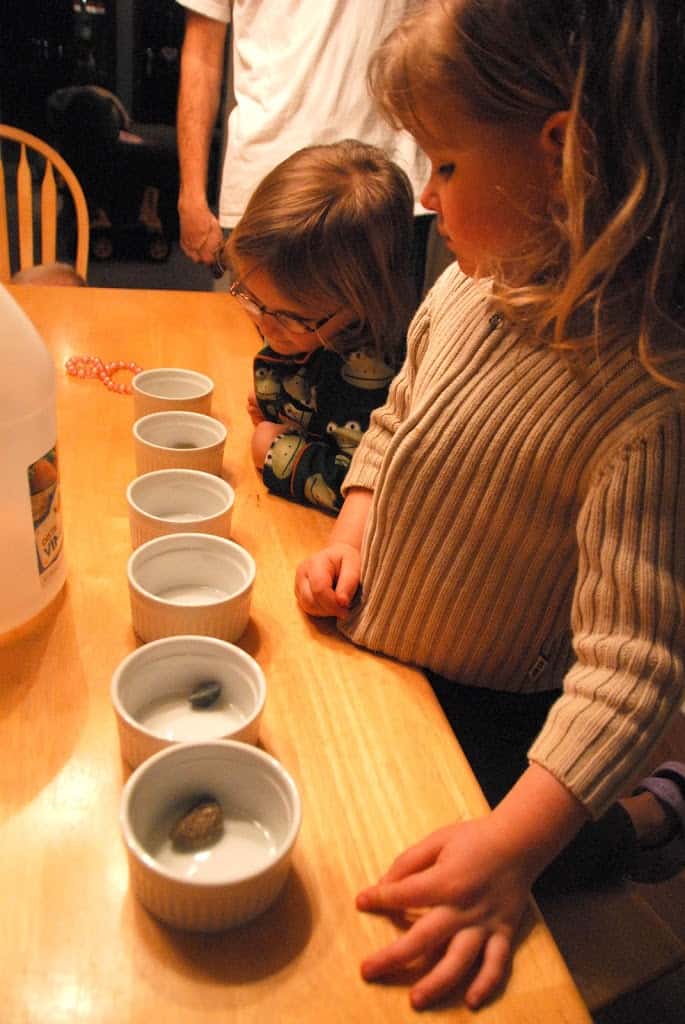 These are great experiments! I’m sorry non of the rocks fizzed! 🙁 Your a great momma!

Thanks so much, Sherri. I’m trying.

Cool way of showing chemical reactions! Even though the rock experiments didn’t fizz, it showed your girls that sometimes things don’t turn out as planned 🙂 A new follower!

So impressive! I would LOVE for you to share this awesome mommy solution in my Mommy Club link up! Or any other ideas. Stop over! http://www.crystalandcomp.com/2012/02/the-mommy-club-share-your-resources-and-solutions-31/

Thanks so much for inviting me to your link up party. I headed on over, and I’m glad I found your site too.

What a fun lesson!! Thank you for sharing at Sharing Saturday! Have a great week!