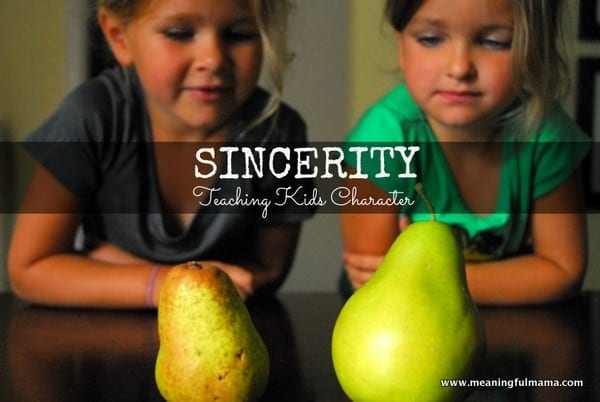 Today we worked on the character quality sincerity with the real vs. fake test. To really understand the concept of sincerity, I think it is helpful to look at the opposing character quality, which is fake. So, I decided to have my kids compare things that are real vs. those that are fake and look at the essence of what that means. The first thing I started with was the pear. You can see I had a fake and a real pear on hand. We talked about both. The fake pear may look a little bit prettier on the outside and have no dents or bruises, but when you look down to the essence of what it is, it lacks depth and value. I asked the kids if the fake pear would taste good. No. I asked if it would help them grow big and strong. No. I asked if it had any nutritional value. No. We determined that it is much more helpful for us if we had the real thing.

The next thing I had them look at was Louis Vuitton purses. We went to Looks of Luxury to compare the real Louis Vuitton purse to the fake. Now, I prefaced to my kid that I would really not buy either. I have a hard time justifying buying something like that for hundreds or thousands of dollars when over half the world – 3 billion people – live on $2.50 a day – stat found on Global Issues. I also really don’t care about name brands and wouldn’t want people to think I spent that much money on a bag. However, you can still look at the value and quality of a real vs. a fake bag. The materials used and the care that goes into making a real designer bag far exceeds the fake look alike. There are ways to tell, and you basically have something of little value if you are toting around a fake. Try and sell it on EBay, and you’re not getting much for it. I was able to show my kids some of the differences and talk about how the fake version just doesn’t weigh up to the Louis Vuitton standard. 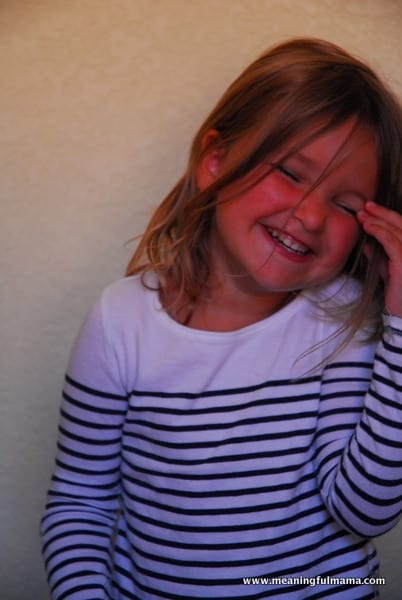 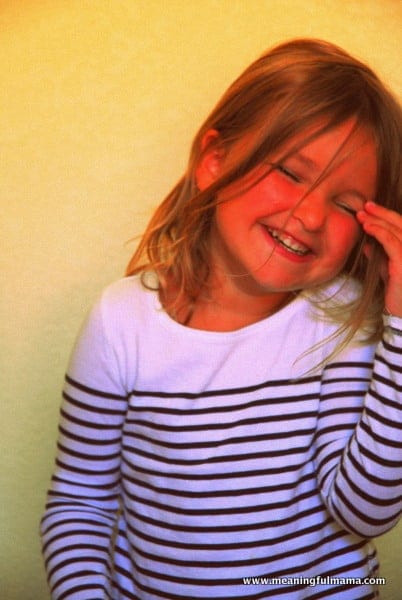 The final lesson taught them a little bit about photo manipulation. When you look at pictures on the magazines, people are often air brushed, and that is who our littler girls are trying to live up to when it comes to appearance. I took pictures of them and messed with them in very simple ways on Picasa. If my husband would have had time today, he could have shown them more tricks in photoshop. However, I wanted to show the girls how some images they see in this world may be fake and some may be real. We need to teach our kids, at a young age, that they were created by God to be exactly who they are. God didn’t make mistakes. To wish we could live in a fake world of perfect bodies and perfect complexions is not the way God intended us to live. Hey, I’m talk to myself here too. Trust me that I’m still needing to learn this lesson. For more extreme examples from real life air brushing before and after pictures, I went to BlissTree. There were a couple pictures in the line up that I skipped over fairly quickly, but I chose these examples because there were a lot of them and most were just of the faces of the women. These before and after photos show the real look and the fake look. It is not genuine and the manipulation doesn’t do a service to our society.

We related all this to the thought of being a fake person. I gave them a couple examples by acting out things. I would say something nice to their face, ask them to go away (within ear shot) and say the opposite thing to the other sister. An example would be, “Abby, I like your shirt.” She then walked away, and I said to Kenzie, “I don’t really like her shirt at all.” I talked about how just like things can be fake or real, people can act fake or real. I talked about how you want the outside to line up with your heart. I also talked about the importance of getting your heart right with God so that the outside is sincere, loving and uplifting. I talked about the importance of being sincere with God too because although we can fake it in front of other people, we can never fake it in front of God. Like the pear and the purse, there is no value or health when we are fake people. My husband pointed out to girls that true sincerity is also often followed with action. If someone says they are hurting, and we say, “That’s too bad. I’m sorry,” then it seems like a nice thing. However, a very genuine person would take that and try to do something to help. In sincerity, actions speak louder than words. In all of it, God knows our heart.

what a neat life lesson!

We are going to be working on sincerity this month. I often come here for ideas when I’m planning my lessons. Thanks so much for sharing all your ideas.

I would love to hear how it goes. Thank you so much for letting me know. I really am encouraged when I hear about people working on the character development stuff. Thank you!

What a great lesson! Thanks for sharing at Mom’s Library!

Thank you for commenting!!