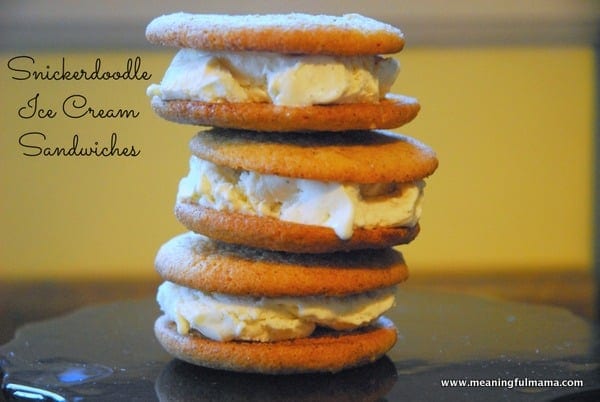 Snickerdoodle Ice Cream Sandwiches came to me as an idea as I was trying to think of something to serve as a dessert with Mexican cuisine. We were having my husband’s grandpa over for dinner and serving my yummy mahi mahi fish tacos. We also served my favorite guacamole recipe with tortilla chips. With 30 minutes to go before his arrival, I decided I should probably have something to go for dessert. I glanced in the freezer to see if we had some ice cream on hand. I decided that would be good enough – served with some chocolate and carmel sauce. As I continued prepping the fish tacos and guacamole, I started thinking about desserts that would be better paired with the Mexican flavors. It’s always hard for me to think of what dessert to do with Mexican cuisine. I think of ice cream. I think of churros. I’ve never made churros, but I love them and would like to try. I have tried the frozen ones before, and I don’t think they compare to the yummy fresh ones. Churros are covered in cinnamon and sugar and kind of remind me of a snickerdoodle. That’s when in dawned on me. I have frozen snickerdoodle dough in the freezer that I bought from my daughter’s school. I like having a boxed cookie dough in the freezer. I generally love to make homemade cookies, but it’s great to have cookie dough in the freezer for those moments you don’t have time to make a bunch of cookies from scratch. Seeing as how I only had a bit of time left before Grandpa arrived, I went with the frozen. However, I’d really encourage you to try my favorite snickerdoodle recipe on my blog. I think you’ll enjoy it. 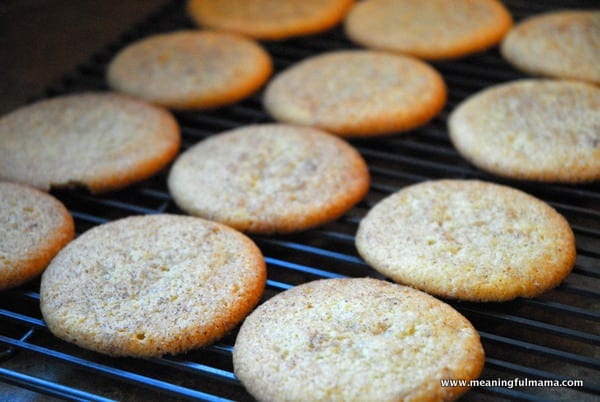 After baking up the cookies and letting them cool, I formed my ice cream patties. I made them by putting a large scoop in between two pieces of parchment paper. I then used my hands to shape the patties. Sandwich the ice cream between the two cookies, and you are set with a dessert that replicates the flavors of Mexico. My husband said that it was the best ice cream cookie sandwich he’d ever had, so I see that as a win. It was a great combo. It’s so much fun to take a simple concept like cookies and ice cream and making it a bit more fun by building it into a sandwich. You can do this with a variety of cookies, but the snickerdoodle really did pair well with the flavors of our fish tacos. 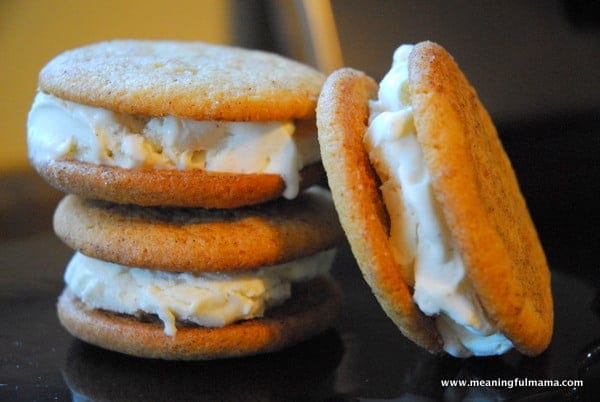 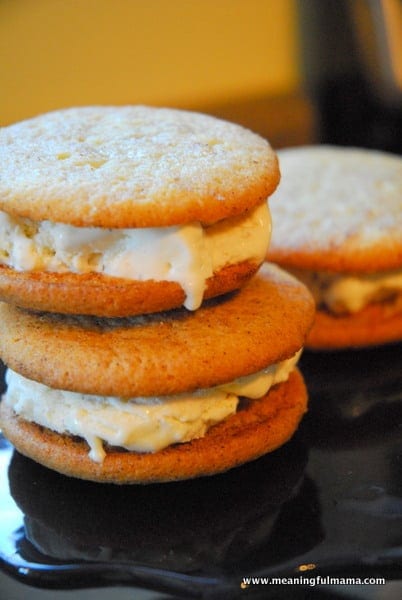 This is my husband’s favorite cookie and these look delicious. Thanks so much for the idea!

No problem. You’ll have to let me know if you try it.

Jodi, These look so delish! Thanks for sharing. pinning 🙂

Thanks. Hope you try it.

0
Reply
Lori Who Needs A Cape?

Stop by and share at our SUPER SUNDAY Link party, our readers will also enjoy!

Lori
Who Needs A Cape?
Not Your Average Super Moms…