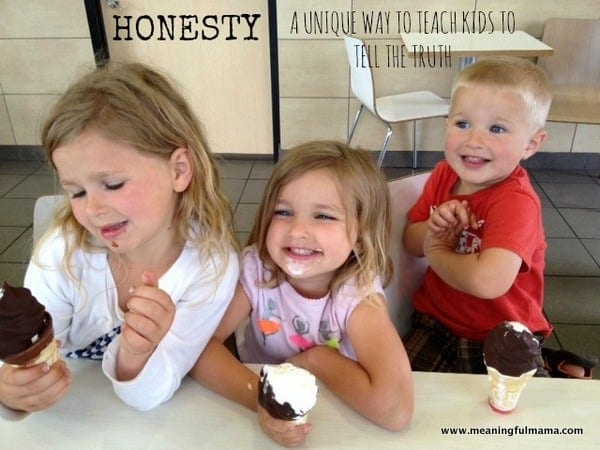 Honesty
“The Lord does not like lying lips, but He delights in man who is truthful.” – Proverbs 12:22

How do you teach your kids to tell the truth? Honesty is an important lesson in life, and it is vital to teach it at a young age. Teaching kids to be honest can be challenging, but I hope you have found my character development series helpful in this arena. If you are unfamiliar, make sure you visit the character development tab and find the lessons in honesty there. I have a lesson I am adding on today, so bare with me as I give a little more thoughts on lying. I will be very interested in your response to this lesson. Some people may think it is a horrible idea and that I’m an awful mom for trying it. Others might think it’s genius. I’d love to hear what side of the camp you are on in this. However, before I go on to the idea, I thought I would share with you that I had a parent recently ask me about this topic because of challenges she was having with her own kids. This is how I responded:

Thanks so much for writing. I do have a few posts I have written on the topic. I also would encourage you to look under the character development tab and look under honesty. You could do all of the activities under that tab. It’s often great to teach while you are not in the midst of the behavior in question. One thing to know (if this is your first child), is it is completely normal. Age 3 is about the time they begin lying. We have been able to see success by working on it, but I remember being told when we were really dealing with this issue that age 3 is super typical for this behavior. I’ve seen it with both of my girls. That is an encouragement. However, unchecked, they could develop some really nasty habits.

Here is my first post:
https://meaningfulmama.com/2012/04/day-118-tip-honesty-is-more-important.html
It’s a short post, so I’d encourage you to read it, but the big take away we do is that honesty is very valued in our house. The punishment will be a lot lighter if they tell the truth. I have them practice telling the truth a few times where there is no consequence. I praise highly when they are honest. I emphasize that everyone makes mistakes, but being honest is super important. I want to be able to trust them.

Here is another post:
https://meaningfulmama.com/2012/05/day-123-tip-hold-hands-in-one-spot.html
I don’t know if you have other kids, but I have found this really helpful when they are pitted against each other and one is obviously lying.

The final post:
https://meaningfulmama.com/2012/08/day-226-ask-right-questions.html
This is basically a way to trick them into telling the truth.

Another thought (I just had this so I haven’t practiced it yet), is some sort of sticker chart where you give her a sticker when she tells the truth in a hard scenario.

Another thing I would say can be helpful is when you know the truth, is to say, “Let’s practice telling the truth together. I want you to say, ‘Mom, I colored on the wall with my crayon.'” I just did this kind of practice with my four year old today. It wasn’t that scenario. However, it’s good to model what that looks like. I then said, “Good job. That is how we tell the truth. Now, let’s…” whatever makes the most sense…cleaning something up, giving something back, etc.

I hope that is helpful. Thank you so much for asking. I really love to interact with my readers. It is encouraging! Let me know if I can help further.

Although I thought that letter might be helpful to you today, I also had an activity we did. As I indicated at the beginning of this article, I really questioned doing this idea. It was honesty week, and I had not come up with a lesson yet. Then, I read an article at Pop Sugar that intrigued me. I kept going back and forth on this lesson. I decided to move ahead because, although painful, I did think it was a teachable moment. The main concept was that I was going to lie to them. I generally like to teach by modeling the right behavior. However, the concept of this lesson is to tell your kids you are going to do something fun and then don’t do it. Then, tell them you are going to do something else fun and don’t do it. When disappointment sets in, it is time to talk through the lesson on how painful and wrong if can feel when someone isn’t honest with you. Now, I made a string of disappointments, but I also had planned something positive at the end so it wasn’t all bad. As you can see on their faces in the above picture, they got over the disappointments quickly. 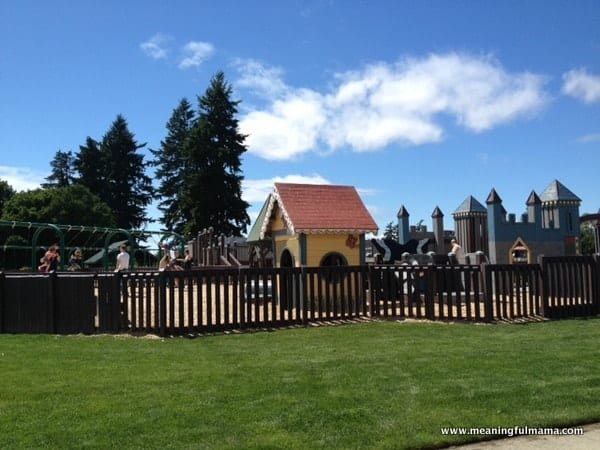 It was after school. They asked if they could play on the playground at school. I said, “No, let’s go to the park instead.” Off we went. When we arrived I said, “Nah, I don’t think we’ll do the park today. It’s too windy.” The complaints immediately started. I let them be upset for a very short time and then said, “I have something else we can do that will excite you.” 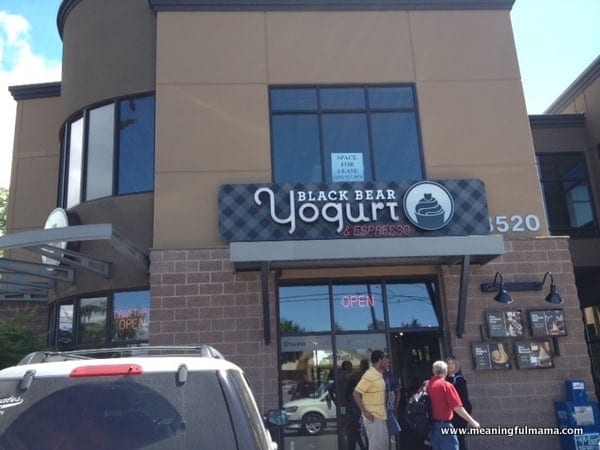 Black Bear – our favorite frozen yogurt place. They quickly forgot about the park and were cheering the thought of heading here. When we arrived, I pulled the same thing. I told them I changed my mind and we wouldn’t go there. 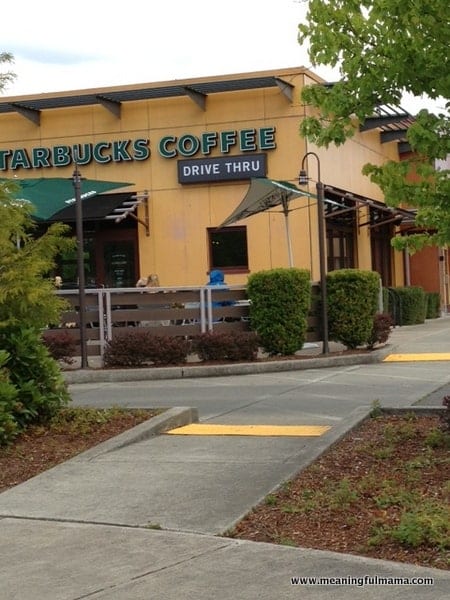 I pulled the same move with Starbucks and Barnes and Noble. Kenzie was the one getting most frustrated at this point, and it was time for the lesson. I explained that I was not being honest with them. I said it is really hurtful when someone isn’t honest. It is not good for the relationship, and it leads to disappointment. I asked them if they were angry, frustrated and disappointed because of the lies. They were. I then explained it was really a lesson in honesty and they would get to choose from one of the things we left behind or go to DQ & a park or McDonalds play area and ice cream cones. 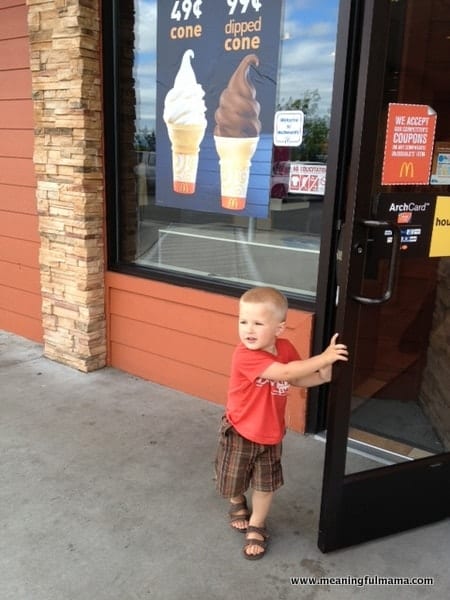 They became very excited about McDonalds, and we had a really fun afternoon there. I don’t think I damaged them too much, and it was a lesson they were able to completely recall with my husband. I hope they learn the value in honesty through this lesson. I think the cold ice cream numbed the pain.

Wow! I think that is a very good lesson on honesty. It really gives them a great reference to understand how lies effect others. They were really hurt! Although we haven’t had to deal with lies very much yet, I will definitely use this lesson. Thanks so much for your insight Jodi!

Thank you so much. I think I’ve rested in that it was a good lesson, although I had my doubts at first. Thank you for commenting!

This is such a great lesson! I’m sure your kids really could “feel” the results. I could see how you might have doubts at first, but I’m sure it made a strong point that they won’t soon forget. 🙂

Thank you so much! I think they were able to feel the results, but it was good to follow up with a fun experience to dull the pain. 😉 Thanks for commenting!

I have to say I have actually done that to my girls, but I don’t think they remember it. I am sure it will be repeated at some point! Thanks for sharing at Mom’s Library; featuring you this week!

Thank you, Jodi. After homescooling 4 children, co directing a children’s camp ministry with my husband, and currently teaching first grade in a Christian school, your ideas and teacihing are right on target!,!!!!!!! Blessings on your family as you make Jesus real in every day life. Kay Rew

What a huge compliment – especially with your background. I really appreciate your encouragement, Kay. We’ve been working hard, and it is fun to see some of the fruits. Takes a lot of prayer and dedication. Thank you for commenting.