As a new mom, I thought I had a pretty good idea of what to expect of motherhood. After all, during my pregnancy I had received a lot of advice from other moms who had “gone before.”

However, there were 5 things I wasn’t prepared for as a first-time parent, whether because no one mentioned them or because I just had to experience them for myself despite being told. 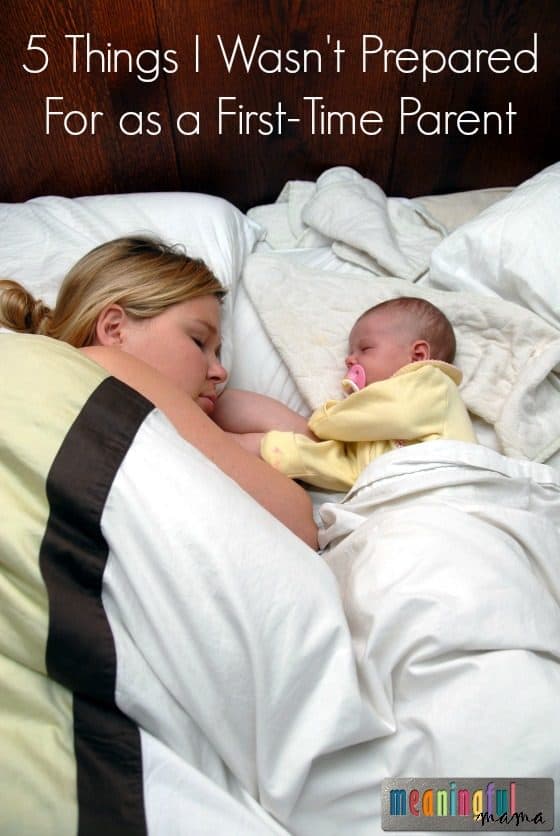 The moment I first held my new baby, I was enthralled with every part of his sweet, soft little body.

The overwhelming feeling that washed over me was so intense that I can still remember it with incredible clarity. Nothing could have prepared me for the natural high that came from loving and bonding with this precious little creature.

Oh sure, I knew I would love him, but the euphoria is what caught me off-guard. It was unpredictable and wonderful… and so very unstoppable! It took nearly two weeks to even begin to subside, and then still persisted for the better part of an entire month.

2. The Mind-Numbing Sleep Deprivation and the Magic of the Swaddling Blanket and Pacifier

As we both learned to navigate the new-found life of mother and baby, sleep was definitely the hardest commodity to find. No matter what we did in those first few days and nights, we just couldn’t find the balance that we both needed.

Advice previously given had been all but forgotten… all I knew was that I was desperate. I did not know how to handle the baby that was crying deep into the night, seemingly inconsolable. With my head spinning in agony, my eyelids drooping, my spirit sagging, I finally reached out and grabbed the nearest swaddling blanket.

I wrapped that baby into a neat little burrito and eyed the mocking pacifier-as yet untouched and still in its neat little wrapper. I had firmly decided ahead of time that I would not be using such an “unnatural” device in MY baby’s mouth! But I was spent and utterly broke. Anything that would let us get the sleep we needed so badly could not be so awful.

In one swift movement, the pacifier was out of the package and in the baby’s mouth. Silence. It was like magic. Instant sleep. I wasn’t prepared for that precious relief, but it was life-saving!

3. The Pain In My Breasts

I was determined from the word “go” that I was going to breastfeed.

Of course, I knew it was one of the best things I could offer my baby and I figured that it would come very naturally. And for the most part, it did. But though he loved to nurse and did so with gusto, I was very much unprepared for just how painful it was going to be.

First when my milk came in… engorgement! Ouch! Then learning how to latch properly… I never dreamed how tricky that would be! Then came a bout of mastitis and later a round of milk blisters… ouch and double ouch! Plus, pumping milk brought its own set of challenges that I didn’t expect.

Finally, I settled into a rhythm of breastfeeding that brought beautiful moments of bonding, though it never was as comfortable as I’d always imagined it would be. But despite the pain, it was worth it and I’m glad I was stubborn enough to stick it out.

How can one tiny human be responsible for a mountain of laundry piled so high? I never dreamed that I would have hampers full, stacks in bathroom, streams down the hallway… dirty clothes everywhere!

Everything smelling of baby goo. And that doesn’t even count the great “cloth-diaper” experiment! Babies make a lot of laundry! I sure learned that the hard way…

5. How Fast it All Would Go

I admit, everyone told me… they grow up so fast and babies don’t wait! But no matter how many times I heard it, I wasn’t prepared. In fact, I couldn’t get ready…not for something so intangible!

You’ve heard the saying, “The days are long, but the years are short.” As a first-time mom, I thought “I’m just getting started; there is plenty of time!” But I couldn’t have known. At least not right at first.

But when the first month slipped by in less than a day, and six months before I had even had a chance to catch my breath…I knew that a year in the life of my babe was just a blip on the screen. Too fast. They just grow up way too fast.

And nothing could have prepared me for that! 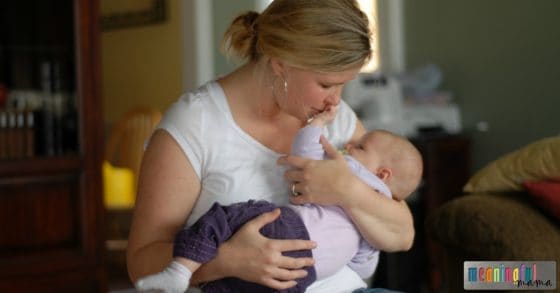 Jennifer Taylor is the creator and editor of MomTricks, the pregnancy and parenting guide. As the mom of two wonderful kids, she shares her experience and knowledge with her fellow mamas to make their journeys easier. Follow her on Pinterest, Twitter and Facebook”!