Home » Kids » Character Building » Courage in Role Playing with Kids
Courage
“For the Spirit God gave us did not make us timid, but gives us power, love and self-discipline.” – 2 Timothy 1:7
Today we did some role playing about being courageous.  I intentionally gave them some situations that were a bit tricky as to how they should respond with courage.  I explained to them that being courageous first means to follow these rules: 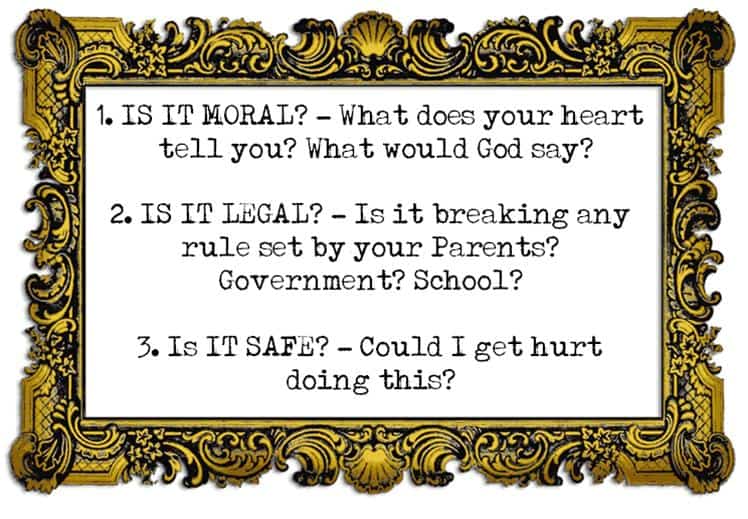 Once those guidelines were established, I gave the following scenarios:
1. Your mom is inside getting lunch.  You have a friend over and are playing in the back yard.  It’s a sunny day, so you have your bathing suit on. You also have a life jacket on. Your friend says that you should show how brave you are by jumping off the dock. What do you do?  The girls acted it out.  This one was Abby’s turn to make the courageous decision.  She decided that she would jump off the dock.  My heart sunk for a minute, and I was so glad we talked about it.  It is one of our rules that you do not get in the water unless you have an adults present that says it’s OK. She thought it would be brave to try and jump in the water, but this one was a trick question. This was a great opportunity to talk about how courage means learning to say no when someone is asking you to break the rules.
2. You see someone at the park who is littering. This was Kenzie’s turn to act out courage.  When Abby started littering, Kenzie said that she shouldn’t throw paper on the ground.  When Abby ignored her, she began to pick the paper up. Fabulous. Courage sometimes means standing up for the right thing. 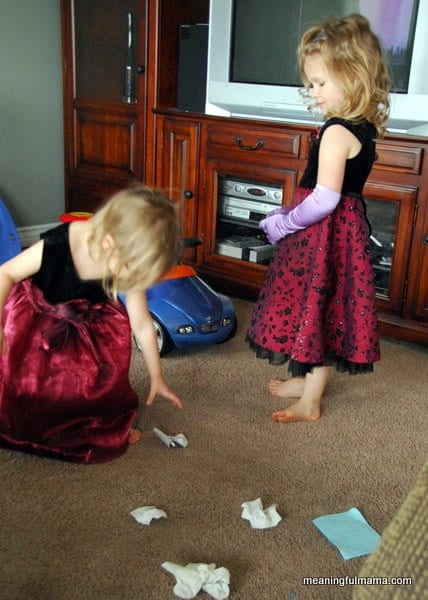 3. You are at school and one of your friends is saying mean things about someone else.  I acted this one out with them.  I let Kenzie say that she didn’t like me and point and laugh at me.  Abby wasn’t sure how she should respond to this situation.  They haven’t really seen this yet in the real world, and I love that their hearts are this pure.  However, I know it’s coming.  So, I first said it takes courage to not get involved in the teasing.  I said it takes even more courage to stand up for that person. I let them act out the situation again practicing the right thing to do in this scenario.
4. Your sister tells you that should see if you can balance on the back of the couch and walk all the way across.  Abby’s face lit up as it was suggested and began to climb on top of the couch.  I had to stop her to let her know that even though it may seem courageous to try something daring, it is breaking one of our rules, and she could get hurt.
5. Your mom is in the water ready to catch you as you are jumping from the deep end.  It’s a pretty tall jump, and the water is deep.  After the other ones, they weren’t quite sure they should jump.  I explained to them that their mom is there and has said it’s OK, so now it’s a safe time to try something risky. 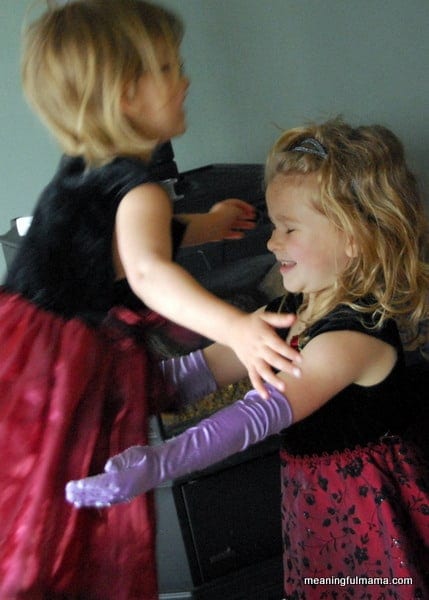