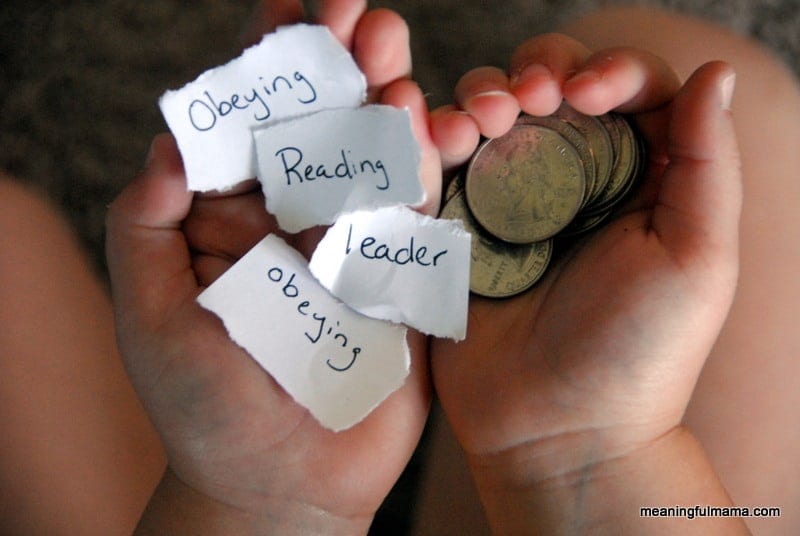 Today we looked at faithfulness through the parable of the talents found in Matthew 25:14-29. I told the kids the story with visual help. I took a bunch of coins. We needed 3 people, so their doll stood in. I told them how the first person (the doll) recieved one coin, the second received two and the third received five. Then I said that their master went away and the first person put their coin in a safe place so that they wouldn’t lose it. We had their piggy bank, so we used that. Then, the second person used the money to make more money and got two more coins. I gave her two more. Finally, I doubled the third person’s coins as well because of their hard work and faithfulness to earn more. The master came back. I asked who had done a good job and who the master would be the most happy with. The girls knew the ones that had doubled their money had done the best job. I told them that’s right and showed them how the master gave them more because of their faithfulness with the first. I then told them that this story can relate to the talents we have also. I said a talent is something  you are good at doing. I asked them to name their talents. They would tell me a talent, and i would write it down. Then, I would have them stick it in the piggy bank. At the end, however, I said, “Wait! These talents don’t belong in a piggy bank. We need to use them to be faithful with what God has given us.” So, we took them back out and talked about how we can use each talent to glorify God, thus being faithful with what we have been giving. I talked about how faithfulness relates to both our money and our talents. I also said that God rewards (not necessarily with money) those who are faithful with what he has given them. 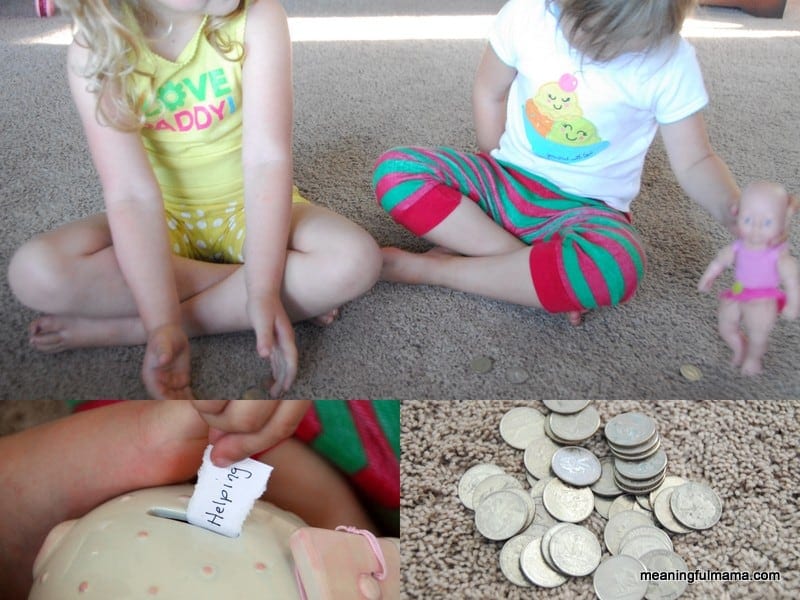 Thank you so much. I’m glad you found this helpful.

So great! Thanks so much for sharing this with me. I love to know when these ideas are being used!

My passion is to encourage and equip parents to be more intentional in this important role.
Your information will *never* be shared or sold to a 3rd party.
wpDiscuz
4
0
Would love your thoughts, please comment.x
()
x
| Reply