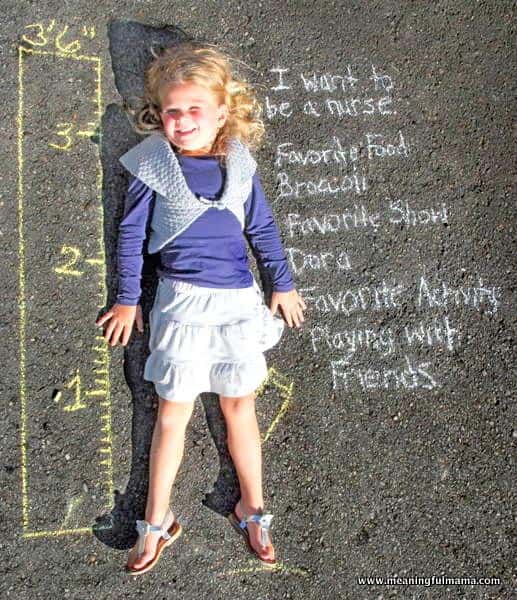 First day of Kindergarten. A first for us. There has been a lot of build up and excitement. We have tried to prepare her all along for being able to be successful there…both relationally and educationally. The above picture we took the day before the big day. I did her height as well as some her favorites and what she wants to be when she grows up. I had to get out a ladder to get the shot, but I think it was worth it. 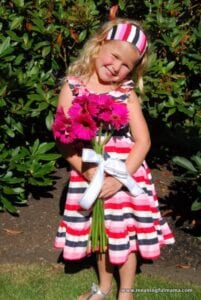 Here’s Abby…oh, excuse me…Abigail in the outfit she chose for the meet and greet the day before school. All along, Abby has insisted on being called Abby instead of Abigail. Apparently, beginning school has changed all that. Her teacher asked her what she preferred to be called, and she said Abby. Then, she suddenly said, “Actually, I choose Abigail for today.” When I dropped her off this morning, she went to write her name on her cubby sticker. She paused and said, “Mom, I can’t write my name.” I assured her she could and that she had written her name over and over during the last couple of years. She said, “I don’t know how to write Abigail. Oh, I’ll go get my backpack and copy it from there.” I don’t know if it is because her backpack says “Abigail” or if she has decided she is all grown up now. I found it pretty funny. I had tried to teach her to write Abigail, but she was so insistent on Abby that it never worked. I guess I get to teach her now. We took her teacher flowers for the first day. 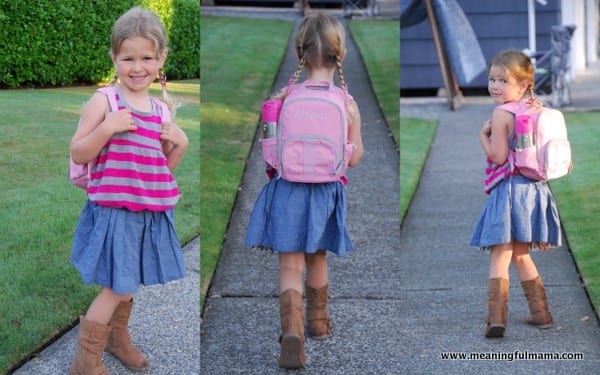 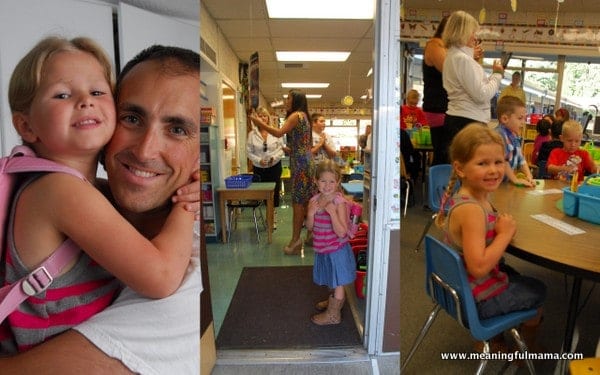 Here are a few more pictures.

So, what about the other kids? Well, Kenzie woke up throwing up, so they weren’t able to come with as planned. Kenzie felt better after a couple hours, and we had a fun day together. It’s so interesting when I had one baby I thought it was the hardest thing in the world. Now, when I just have two it seems so much easier. We missed her, but we also had fun as we were able to focus more on just two.

I love the picture with the chalk writing! Such a great idea to capture your daughter’s personality at this age! Have a great weekend!
Rebecca
Heronscrafts.blogspot.com

These are adorable! I LOVE the chalk drawing with the ruler and stats! I’m pinning this for when my boys are old enough!

Thanks you so much for the idea!
Christine
threegentlemenandalady.blogspot.com

Abigail/Abby is adorable on her first day of school. Also, I’ve been looking over your blog (thanks to Lisa’s link to it), and am amazed – everything is very professional and so well done. Great content and format! There was no such thing for me as a new mom 40 years ago.Your readers are lucky to have you!