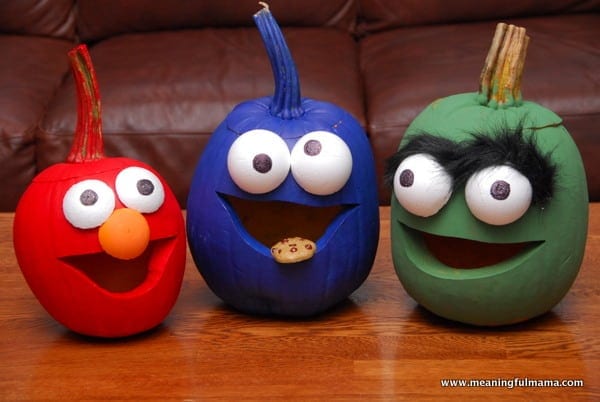 We decided to do Sesame Street pumpkins this year. Painting a pumpkin is such a great plan for younger kids because it is a task they can actually participate in easily. We were inspired when we saw the Cookie Monster pumpkin at TreudeKids. When Abigail saw it, she was convinced by the direction we should go. 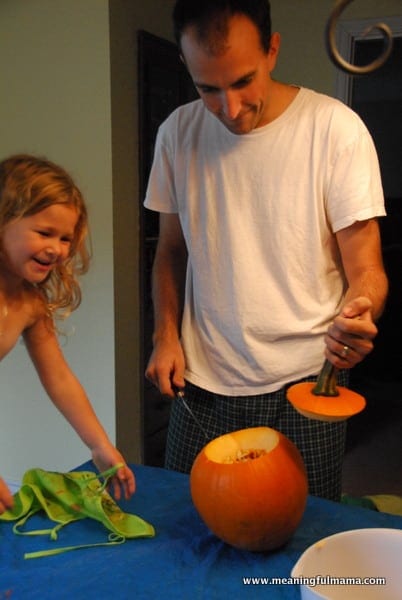 My husband set to work carving the pumpkins. Abby was the only one who got into pulling the insides out. Corban wanted nothing to do with it, and Kenzie participated only a little. I’ve never seen them so squeamish about anything. 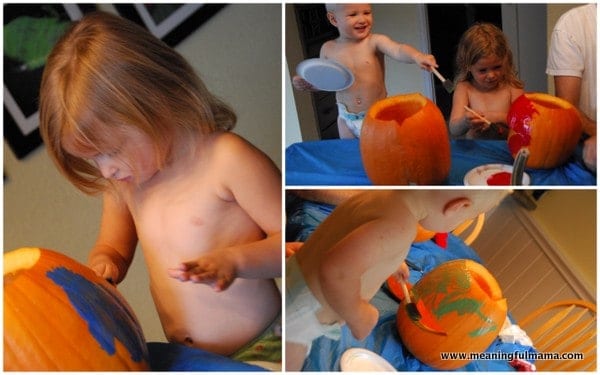 Next, the kids set to painting the pumpkins. They needed two coats, and we helped with the second coat.

The final step was the eyes. We took styrofoam balls and cut them in half. Then, we colored the eye balls with a Sharpie. We pinned them on with stick pins. We added the fur for Oscar’s eyebrows, a cookie in Cookie Monster’s mouth and a half of a orange foam ball for Elmo’s nose.

They would be even more realistic if you kept Cookie Monster and Elmo’s eyes whole, and stuck them to the top of the pumpkins, also, Elmo’s eyes look straight ahead. 🙂 Love the idea! You’re so crafty. 🙂

so cute! thanks for sharing

Honestly, how much cuter could these get?!

Found you at the Saturday Show & Tell