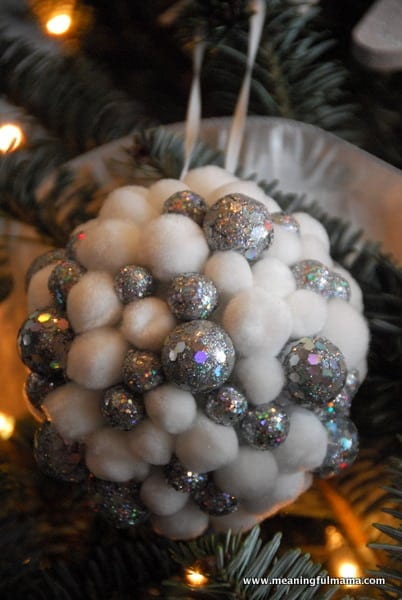 My husband said to me, “I think we need some new Christmas decorations.” We have had the same decorations since we have been married. I’ve had them since before I was married, so they’re a bit old. Of course, he didn’t calculate that by him suggesting new decorations, it would involve me active with a glue gun for a while. They didn’t take too long to make, and I was really happy with the outcome. We decided to go with just silver and white ornaments (aside from our family ornaments – we do a new one for the kids each year). I had the general idea of making ornaments with a foam ball and some sort of littler balls around it. After seeing these disco-type mini silver balls in a package at Michael’s, I had a plan. I grabbed some pom poms and was good to go. Hot glue guns and kids don’t mix well, so I did this one on my own. 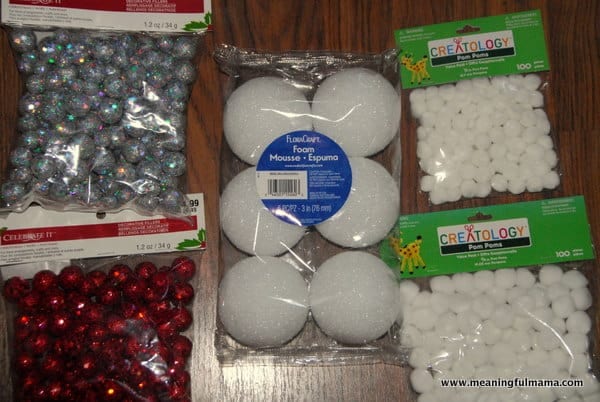 I originally thought about adding the red balls – or just doing red and white. However, I stuck with the silver and white theme for the tree, so the red was out. I used two sizes of pom poms, the silver balls that come in different sizes, the foam balls and the glue gun. 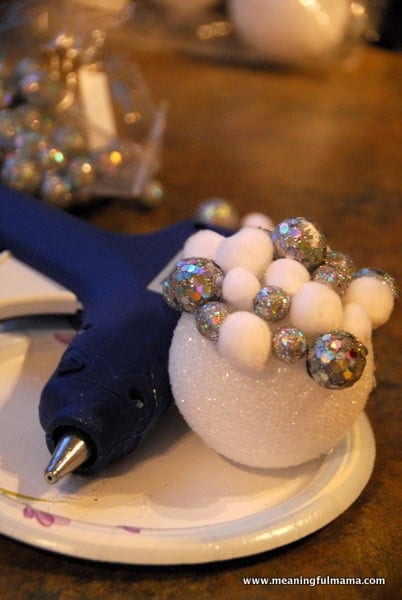 All you do is start gluing the pom poms and mini disco balls (as my husband called them) all around the foam ball. The picture above doesn’t accurately show how close together I put the balls. There were very few gaps. 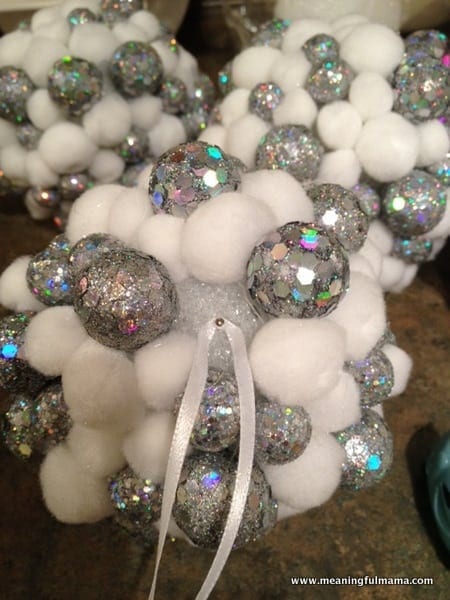 To hang them, I put a ribbon in with a stick pin. Then, I just glued the final pom pom(s) or disco ball(s) on top. 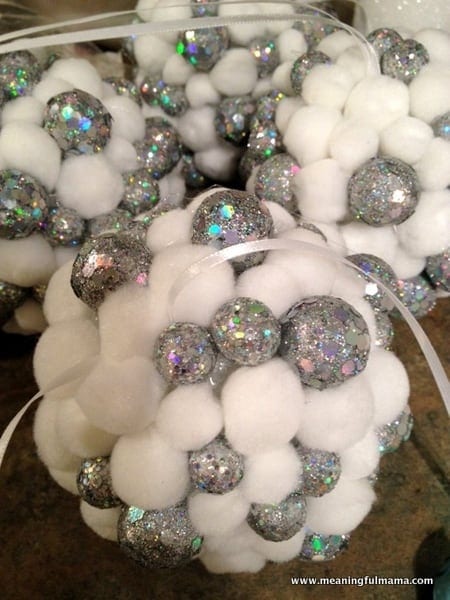 Previous Post: « Am I a Risk-Taker?
Next Post: “Oh, the Places You Will Go” Teaches Risks »
Subscribe
Login
4 Comments
Oldest
Newest Most Voted
Inline Feedbacks
View all comments
Olive The Thought!

I’ve been looking for an ornament my daughter and I can make as a gift for this gingerbread house decorating party we host ever year! This is perfect. Thank you!

These are so cute, love anything sparkly. Found you at Cheerios & Lattes.

Great idea! I’ll do this with the grandkids when it is time for our yearly Xmas crafting day!

Thanks so much. They still adorn my tree today.