Home » Kids » Character Building » The Weight Lifted through Forgiveness
Forgiveness
“For if you forgive others their trespasses, your heavenly Father will also forgive you.”
– Matthew 6:14 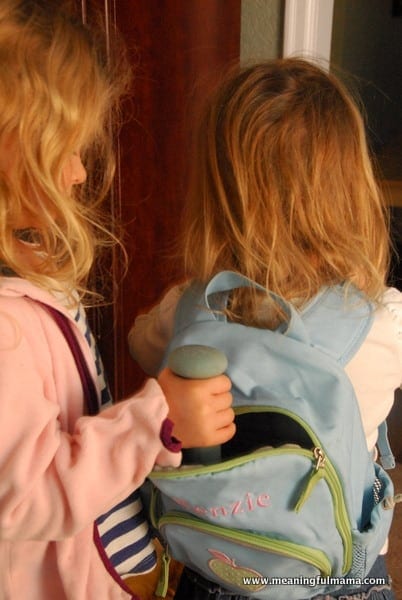 Choosing to not forgive acts like a big weight. It’s a burden you put on other people, and it’s a burden you choose to carry around yourself. We used this word picture to show the girls exactly this concept. The back pack was put on. Then, Kenzie would ask, “Will you forgive me?” The answer was no, and the weight was added. We used hand weights, but you could use soup cans or something else that carries some weight. The burden was obvious. Then, we began to remove the weights. Every time we took one out we said, “I forgive you.” The freedom experienced was tangible. I talked about the weight you put on someone else’s shoulders by choosing not to forgive, but I also told them that it becomes a heavy burden for the person not willing to forgive.