Home » Kids » Character Building » Day #65 – Orderliness with “I Spy”, Character Development, Week #10
Orderliness
“But everything should be done in a fitting and orderly way.”  – 1 Corinthians 14:40

I am someone who likes to purge.  I really don’t like to have too much stuff.  I also am not type A, but I feel so much better when everything has a place.  Part of orderliness includes these two things – controlling the stuff and making sure things have a spot.

We have this wonderful bookshelf that we got from IKEA.  It has been a great piece of furniture for storing toys.  The boxes are suppose to be organized with 1) diaper changing related stuff 2) blocks and balls 3) stuffed animals 4) cars 5) miscellaneous.  They’ve actually remained fairly organized except for the cars and miscellaneous and a few other things that have entered into the wrong box. 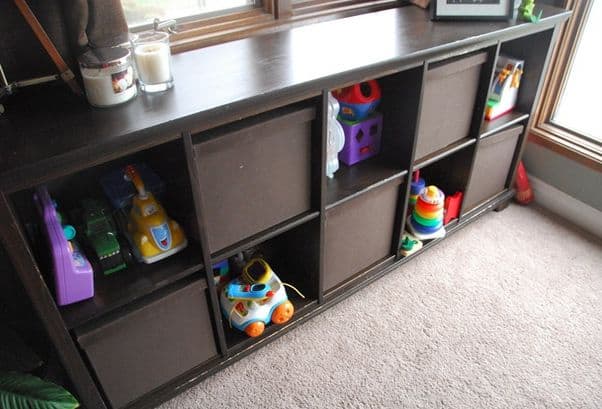 Today I wanted to organize the boxes as well as get rid of some things.  I wanted to come up with a fun way for the girls to help with these elements of orderliness.  So, I came up with our own live version of the “I Spy” books.  So, I had them dump one box out at a time. 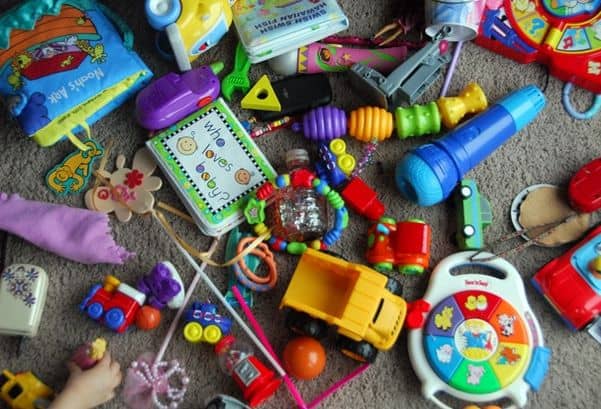 Then, I tried to make up my own poems.  I spy a gumball machine and a little toy truck.  I spy a wrench and a toy with a duck.  Then, they’d race to try and find those things.  You can play along now. 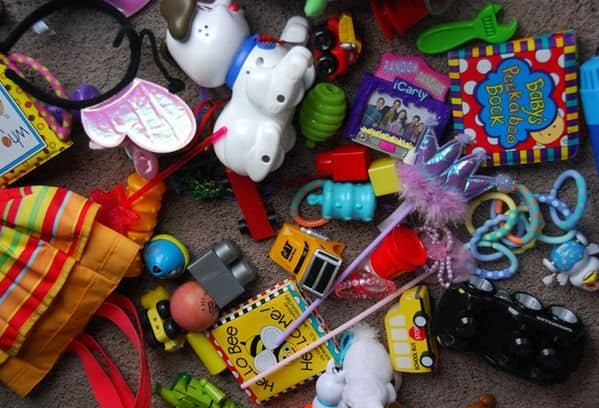 I spy a star and a tail that goes wag.  I spy  a fire engine and a colorful bag.
These weren’t my own poems.  We played for a bit.  After our “I Spy” games, we chose things to give away “to kids that don’t have as many toys.”  It was hard for them to let go, but I wanted them to choose at least three things from each box to give away.  You can see one of the pictures below of Kenzie grasping on to what she doesn’t want to give away.  We ended up with a whole bag of toys to give. 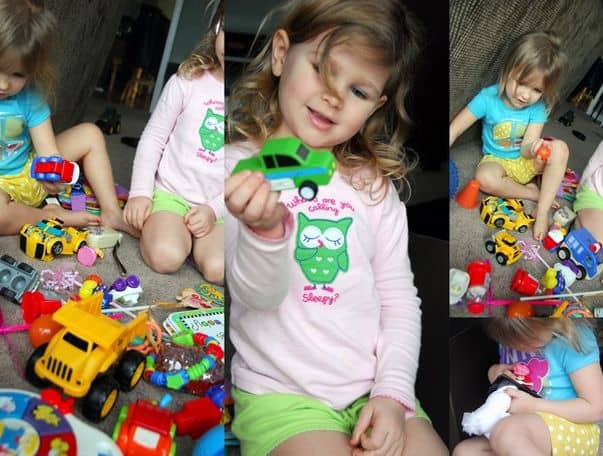