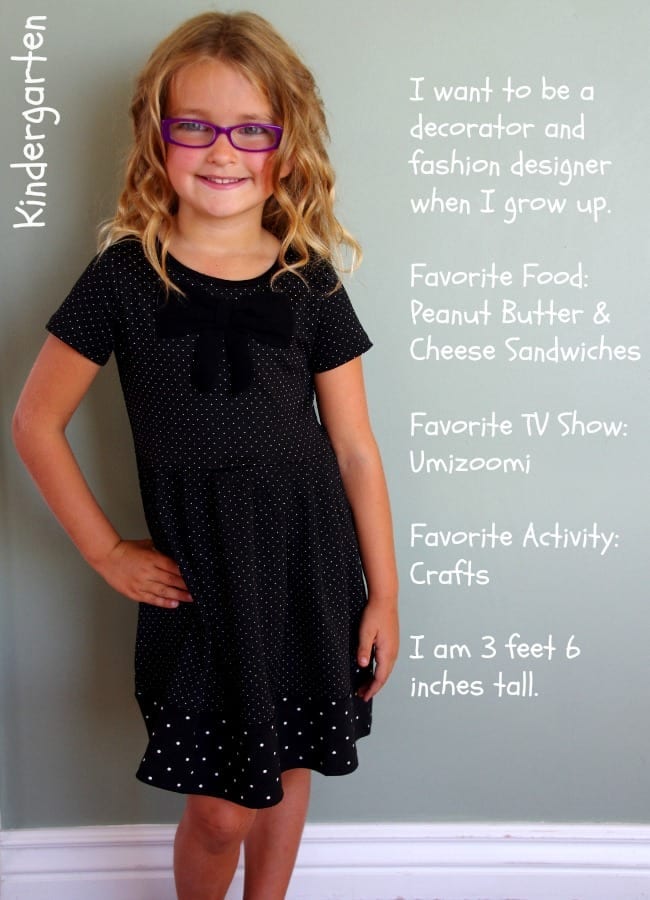 In capturing my back to school pictures, the main thing I wanted to establish was a tradition. I wanted to try and get similar shots each year.

The first year (kindergarten), I didn’t know a lot about photography. I had an idea. I tried it. It was a major let down. You know when you have an idea in your mind, and it doesn’t quite turn out the way you had hoped. There are a number of things wrong withe the pictures below. 1) It was hard to write well on the driveway. 2) It was a really sunny day so getting a picture with her eyes actually open was a miracle. 3) The shadows were hard. 4) It is awkward looking to have her laying down. 5) It’s just not a good picture. 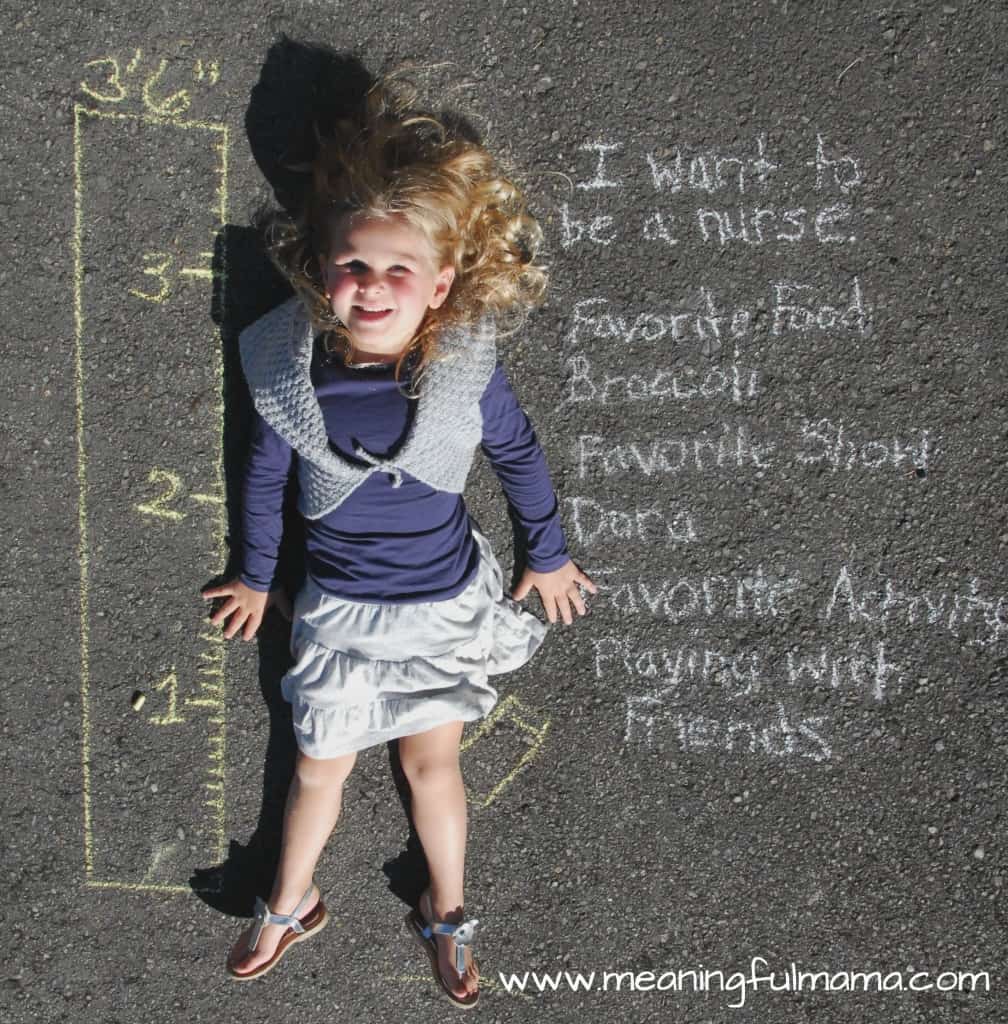 I still liked the concept of having all of the information on the photo, but I decided to change my vision in first grade. We shot the picture in doors next to a blank wall. I decided to fill in the information in post picture editing. Does that concept baffle you a bit? It might be easier than you think. Free online editing tools like PicMonkey or Canva are what I generally use to edit my photos. They’re pretty straight forward to use, and I think you’ll easily be able to learn how to add text to your photos. 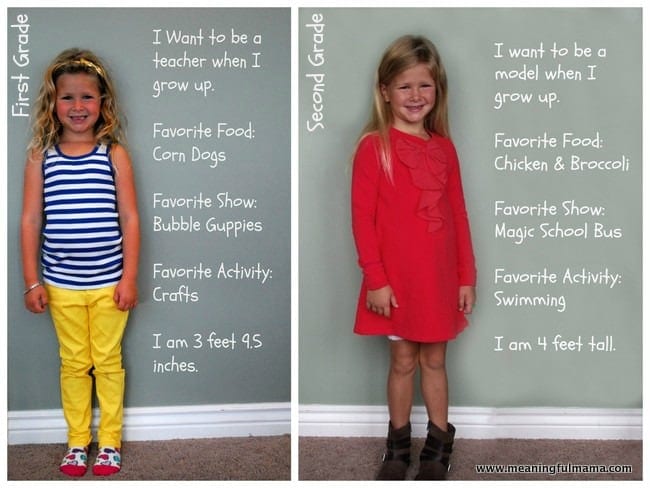 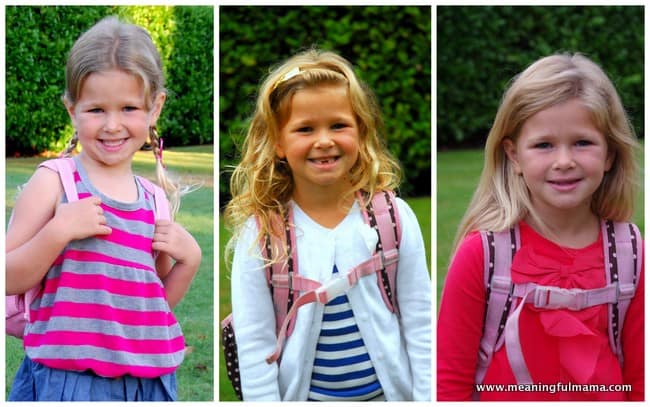 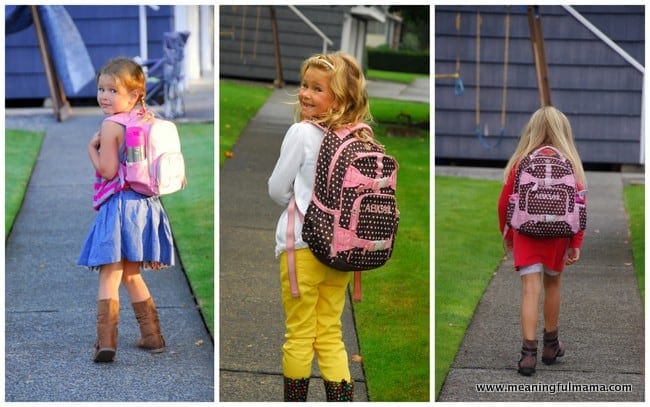 As you can see in the pictures above, my goal is to get a similar shot every year. I obviously forgot to have Abby turn her head as she was walking away from me this year. Bummer. For some reason, I had just remembered her walking way. Oh well. Next year. It was so fun for me to put together this post and see how Abby has grown over the years. I am excited to capture some of these same moments with Kenzie. 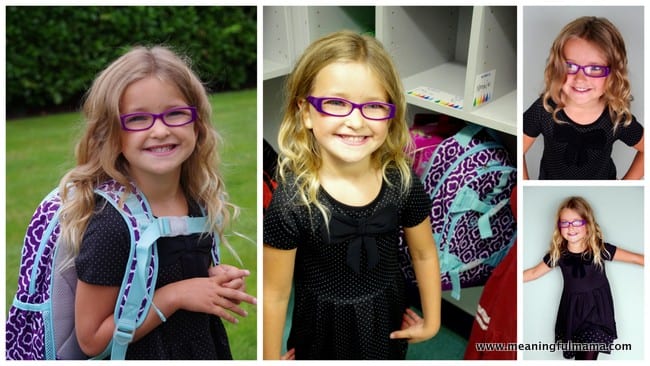