The S’More flavor profile is classic. That Hershey’s chocolate combined with gooey marshmallows and graham crackers will delight most people. In Jodi’s S’More Bar with Rolos, the Rolos add a touch of caramel to a classic and beloved treat. This recipe is one of my husband’s favorites…mine too. 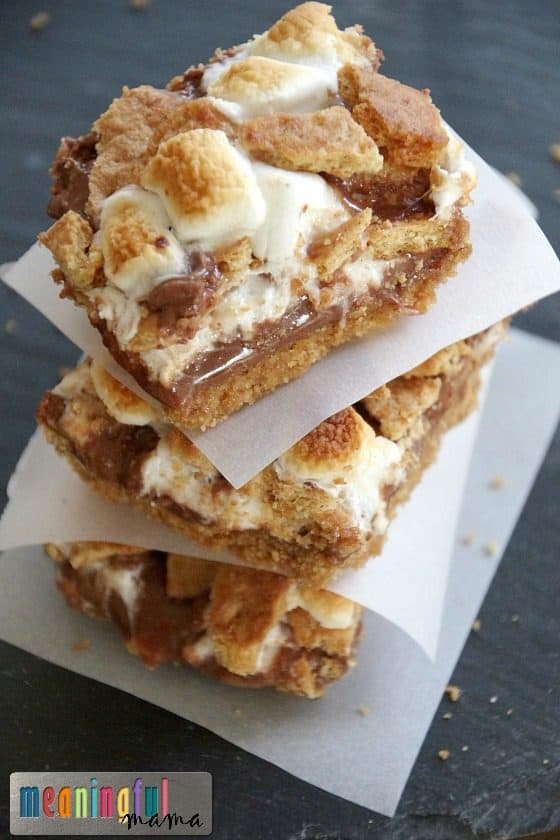 * This is a post being re-published. It originally appeared on Meaningful Mama in January of 2012, but it has been updated with new photos.
I want to add a quick side story. I lived and served in England for you a year. I was helping develop a youth program at a church. One of the youth kids came to visit me after she graduated from college, and I took her out to a restaurant on Lake Union in Seattle. One of the dessert options was S’Mores. We were sitting out on the patio, and they would bring you your own little flame so you could toast your own marshmallows. She had no clue what a S’More was, which was when I realized this really is a classic American dish. We decided to order it, and it was so fun to introduce her to the S’More. The funniest part is that every table around us was intrigued by her first experience and kept weighing in their two cents about how to roast the perfect marshmallow. What a fun memory!

How to Make Jodi’s S’More Bar with Rolos 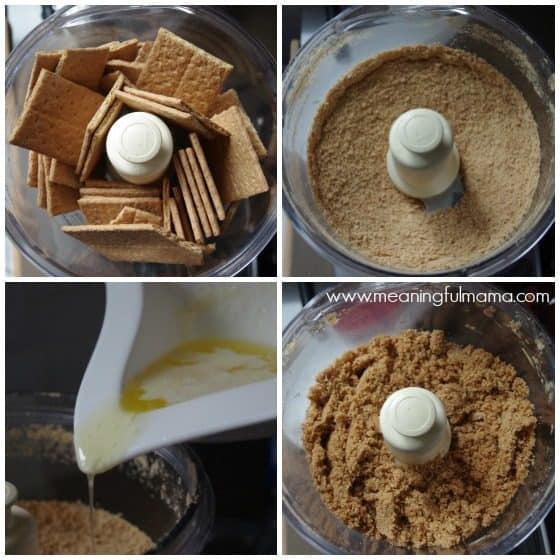 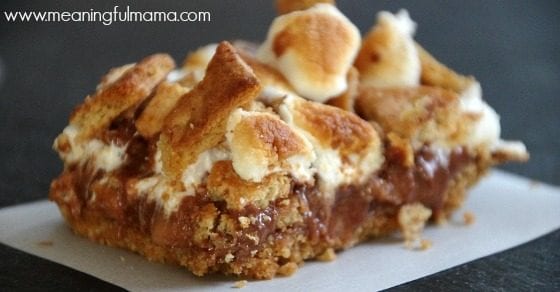 Previous Post: « One Consequence Idea that is Working for Us
Next Post: “The Mom Quilt” Available in Paperback »
Subscribe
Login
12 Comments
Oldest
Newest Most Voted
Inline Feedbacks
View all comments
Chrissy

Hi Jodi! Thanks for commenting on my Smore bars! Yours look amazing too! I love rolos! I am a new follower, you have lots of great stuff here!!

Thanks, Chrissy. I’m following you too. You’ve got a great site.

oh that sounds good, I would want to eat it warm but with ice cream, yummo!

Neve served it with ice cream. Now that’s an idea. I do like theses better once they’re cooled though.

Ooh this sounds so good! I’m your newest follower, I’d love it if you followed me back! 🙂 I can’t wait to check out the rest of your blog. Thanks for sharing.

Your site is speaking my language. Thanks for following along here too.

This looks so awesome, Jodi. And Rolos? You’re totally speaking my language here. Thanks so much for stopping by & linking this up to Mop It Up Mondays! It looks divine!!
{HUGS},
kristi

Thanks so much for the feature. That means a lot. You’ll have to let me know if you do take it to your next potluck. Guaranteed to be a hit.

Wow!! You beat me to it. I was just coming over to tell you I featured this recipe!! Would love for you to link up more fabulousness when you get a chance!! Thanks so much for stopping by. Have a great week!
{HUGS},
kristi

0
Reply
Tales of a Trophy WIfe

WOW. These look to die for. Awesome recipe, can’t wait to try it. You’ve got a great blog here, with tons of great ideas. Thanks for sharing!

These are so tasty!