Christmas is over. Why in the world would I do toy reviews now? Well, There are all kinds of reasons to buy toys throughout the year, so I know these reviews will be helpful for some.  I haven’t done a lot of toy reviews, but I figure I would like to now these things while I am shopping for a five year old so why not share my experience with readers. 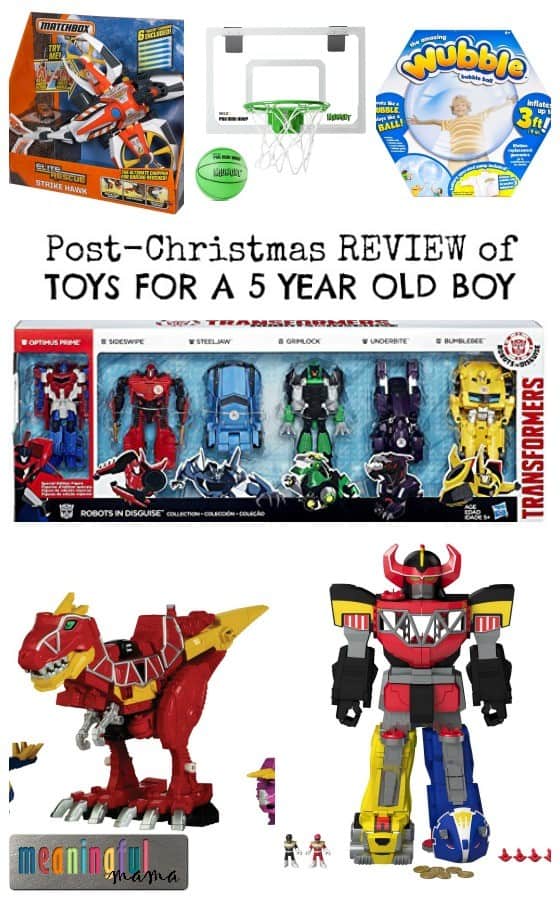 Before  I receive a bunch of angry emails about how these toys are not just limited to boys, let me tell you that I absolutely know that. As a girl who enjoyed playing with Star Wars figurines, race tracks and remote control cars, I completely understand that girls would enjoy these toys. I was a Tom boy, and I’ve spent my share of time playing with the boys on the field. My daughter asked for some boy toys this Christmas, and the ones we got her will be included in the review. I just know that, typically, when parents are shopping for a five year old boy, they might type in “5 year old boy toys review,” and I want to be able to accommodate those kinds of searches. Further, I want to say that every child is different. Just because my son doesn’t gravitate to a certain toy doesn’t mean your child won’t.

I also want to say that I only bought a couple of these. My kids are blessed with grandparents, aunts and uncles that buy for them on both sides. In the past I have requested giving the gift of time and experiences. However, we recently did a toy clean out because they were kind of moving up a developmental level in toys so I was more willing to give some suggestions based on my child’s wish list.

– This has definitely been one of the more played with gifts. My son has all kinds of interactions with with these. They are easier to transform than some of the others I have experienced, making it easy to manipulate for younger kids just getting into Transformers. They have been sturdy without breaking. My husband and I are really amazed at the kind of engineering that makes these particular ones transform so easily with one flip. This easy transformation feature makes it easy to reenact movie/show-type transformation and interactions.  This toy comes highly recommended. 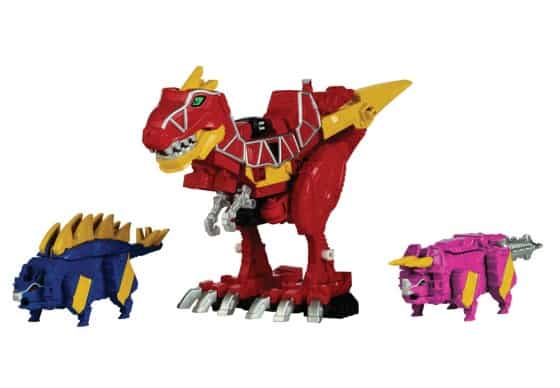 – This, along with the Transformers, are probably the most played with toy received at Christmas. Can I be honest? I don’t get why. It’s pretty cool how it transforms from robot-like creature to 3 dinosaurs. That said, I thought the charger thing would actually do something with the dinosaurs to make them have sounds or come alive somehow. They don’t, which might be appealing to some moms. You need to own the Power Rangers Dino Charge – Deluxe Dino Charge Morpher

to have the little charger things do anything. The Megazord is simply a place to store your chargers. All that said, my son doesn’t seem to care. He is creatively interacting with the toy, so I guess I have to count it as a win. 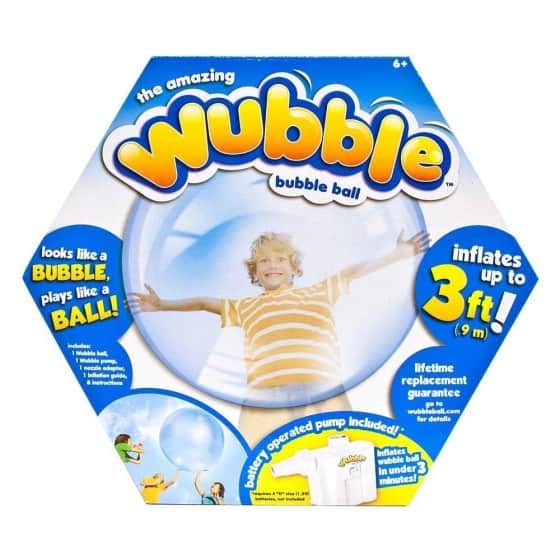 – This was probably the biggest fail of Christmas, which was a big bummer to all of us. We were all sold watching the commercials, and my son kept adamantly  saying he wanted the “Award Winning Wubble Bubble Ball,” proof of marketing at its finest. This popped the second day, and the patches didn’t seem to work very well. It does say it has a lifetime replacement guarantee, which is encouraging. I just need to get on that. I just don’t like toys that become a hassle in that regard. It’s super cool when it’s blown up and working. I don’t know what popped it the two times it happened, but I’m not convinced this will last long in any home. 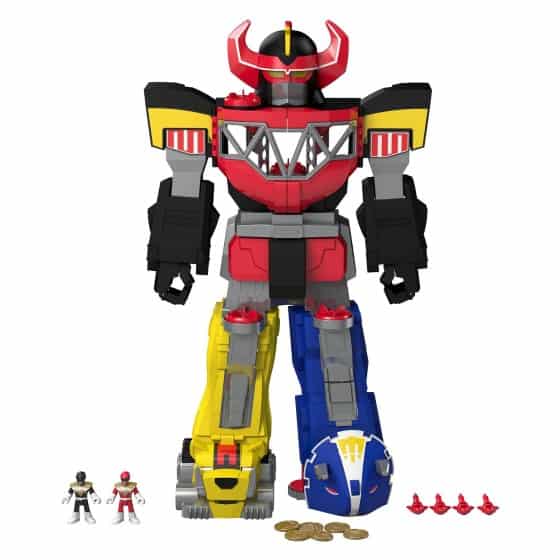 – This was on top of my son’s list for Christmas, and it’s pretty cool. It shoots from different parts of the guy. If you can’t tell, this toy is 28″ tall, so it’s quite the structure. We already have the Fisher-Price Imaginext DC Super Friends Batcave

, so I thought this would be a good addition – having a hideout for the bad guys and good guys. His imagination is developing, but I don’t see him playing with this as much as I hoped.  He gives it a 3 star review. I think Imaginext really does put out a great product, and I would have rated it higher. He always likes the figurines that you come with or that you can buy separately: Fisher Price Imaginext DC Super Friends Batman Heroes And Villains Pack 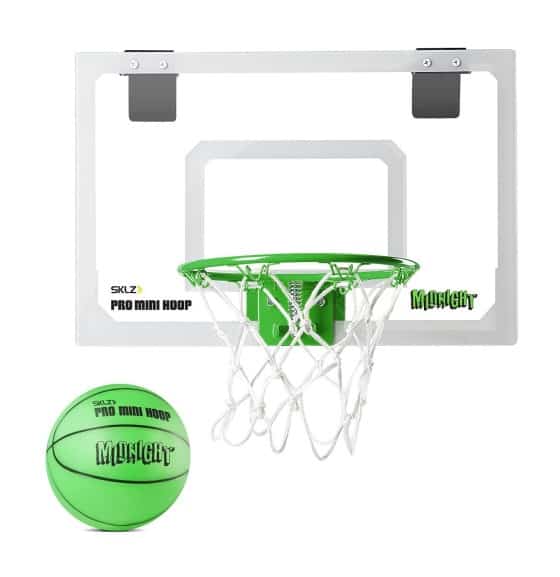 – This has been another favorite. The quality is top notch, and it hasn’t hurt the door or the rooms where the kids play. It glows in the dark, which is pretty cool. It gives him a way to stay active indoors. We enjoy playing it together, which is a win. He has all kind of fun commentary while we are playing. This is definitely a win in both of our books. 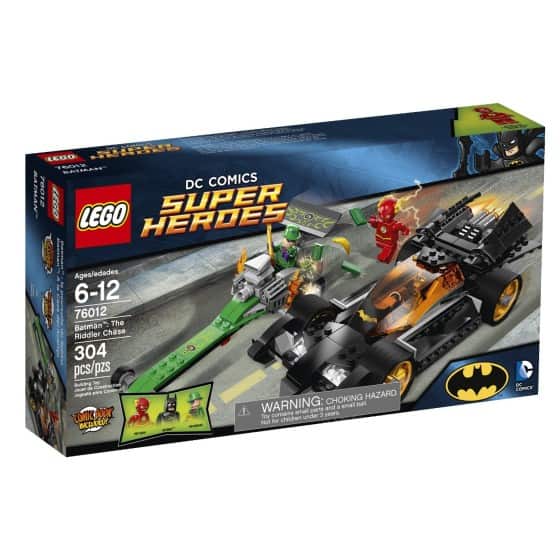 – This is one of a few sets he received for Christmas. All of my LEGO reviews would be the same. LEGOS are great. They really are. My newly five year old did need help to put them together. I like that they become toys to play with afterward. It’s a fun way to interact and build together, but the building fun doesn’t last too long. Further, I think LEGOS are expensive, so it’s hard to spend the money on a toy that will completely engage for just a bit. LEGO, of course, puts out a quality product with clear instructions and if your kids interact with the vehicles once put together, then it’s a win. My son just seems to put them together and leave them or they end up in pieces. Here are some other LEGO sets that were received by both my boys and girls: LEGO Superheroes Green Lantern vs. Sinestro 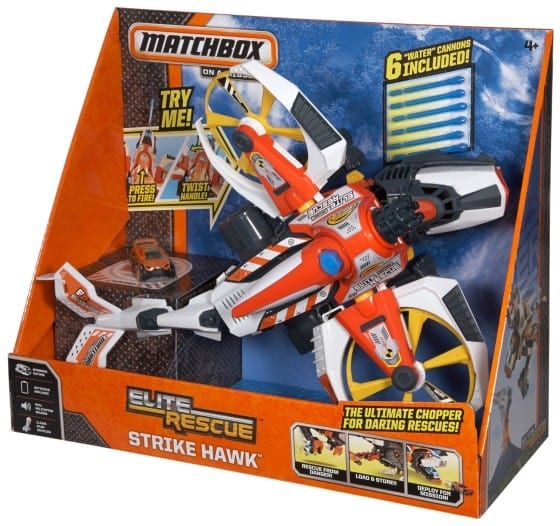 – I thought my son would play with this one more than he has. He thinks it is just OK, but I think it’s pretty cool, and I’m convinced other kids would think so too. You can stack matchbox cars inside to be released for rescue. It makes some cool noises, shoots “water” bullets to help put out fires, and the helicopter wings tilt in a super cool way as a child makes it move through the air. The noise might annoy some parents. I can only give it a medium rating simply because my son hasn’t gravitated to it much, but this could just not be an interest to him while it might be with other kids.

There you have it. If you are considering a gift for 5 year olds this Christmas, I hope you find these reviews helpful. 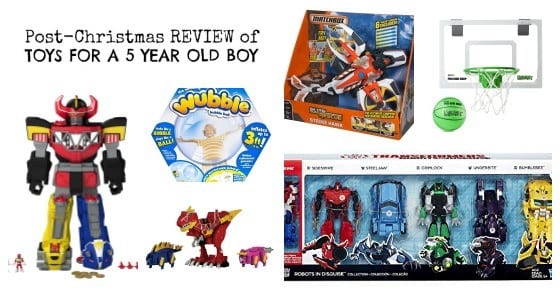 Awesome informatin. Thank you for sharing. My son is 5 and has some of these as well. It’s nice to know in advance when something is a fail. Wish I would have know about the Wubble ball before buying last year… Keep on sharing 🙂

Glad this was helpful. I always wish I had some of these reviews too. I probably could search harder, but I decided to add my own here not knowing if anyone would be interested. Thank you for letting me know that it was helpful to read!