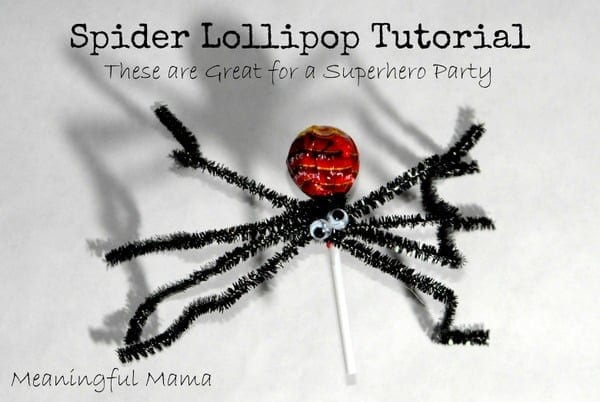 I know. Halloween is over. So why am I making spider lollipops now? My son just had his birthday, and it was a superhero birthday party. I wanted to find food and party favors that reflected all of the superheroes I was including – Spiderman, Superman and Batman. One of the ways I wanted to represent Spiderman was to make these fun spider lollipops. You may have seen them before, but I wanted to give you a bit of a tutorial. They are super easy to make. They’re perfect for a superhero party, spider study, or Halloween.

Lollipops (I used red Chupa Chups, thanks to my friend, Jeremy, who has a ridiculous stash of them) 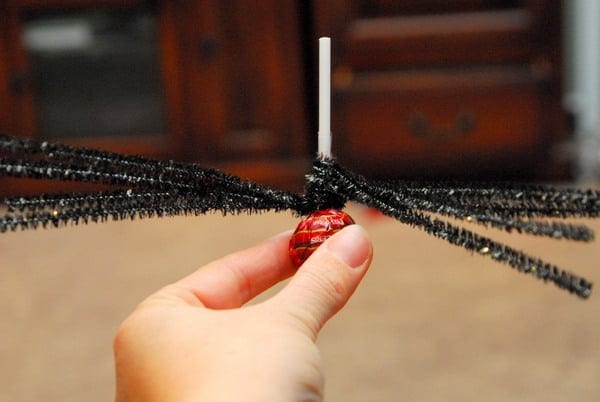 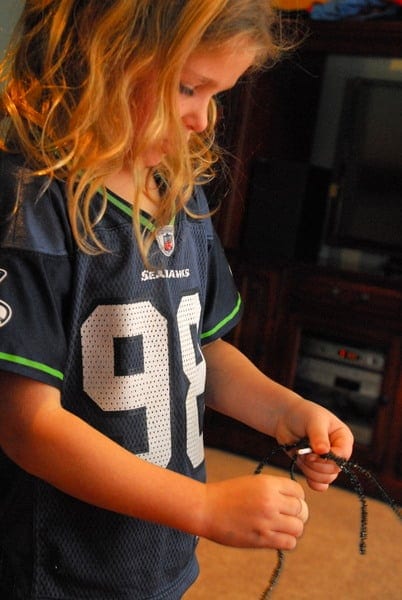 Abby wanted to help, which I generally encourage. She tried, but she became frustrated immediately. She was in a mood, which made it challenging when I tried to encourage her. Sometimes she wants to be able to do things right immediately. Generally, I feel like we can fight through that. She wasn’t having it today. One try, and she was done. I powered the rest of them out on my own. 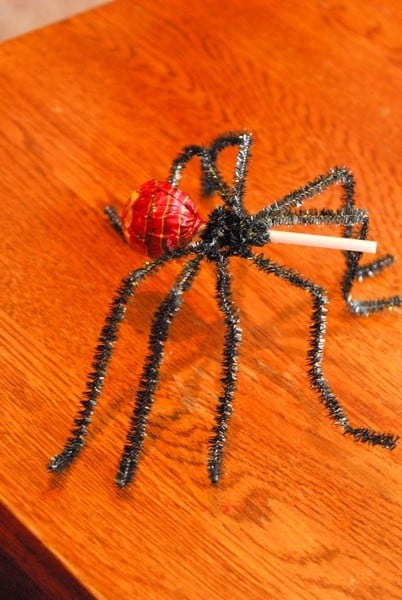 Next, you will want to bend the pipe cleaners to create the “knees” and then the little feet. It should just stand up on its pipe cleaner legs at this point. If not, you can just adjust them slightly until they do stand up. 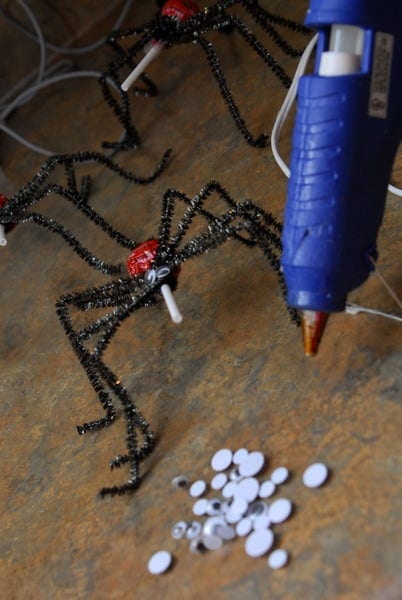 The final step is to hot glue the eyes onto the thick part of the pipe cleaners. 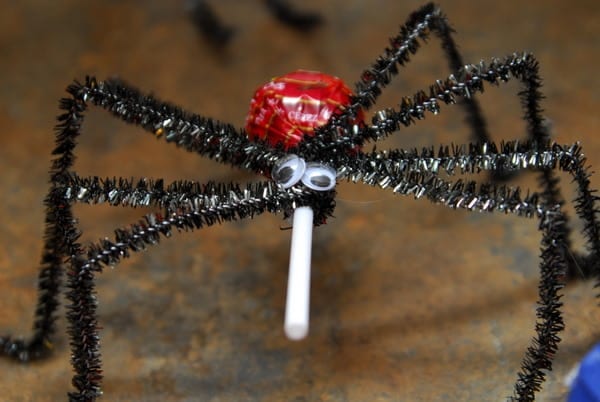 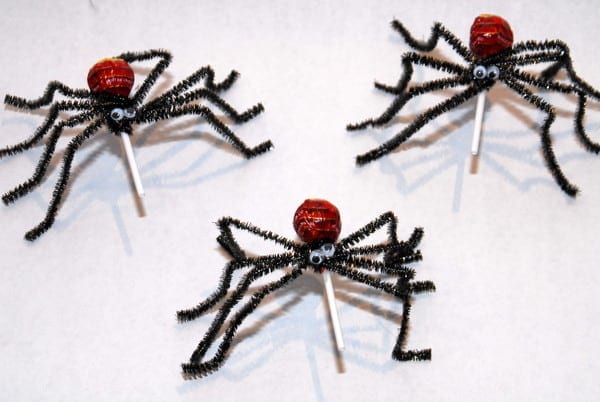 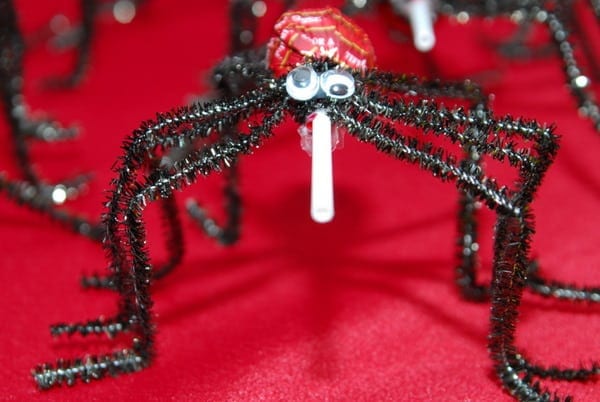 There you have the spider lollipop that will be perfect for you own superhero party.