Home » Kids » Character Building » Self Control When Faced with Temptation
Teaching kids to have self control is such an important thing in life. Think of all the things that want to grab your child’s attention down the road. From sexual temptation, food issues, drugs, alcohol, lying cheating – the list could go on and on. So how to we teach kids to have self control when faced with temptation? Intentionally! My character development series, focuses on teaching kids 52 different character traits, and the focus of this week is self control.

Self Control
“Like a city whose walls are broken down is a man who lacks self-control.”
Proverbs 25:28
Today’s activity was simple.  I took a couple of our pre-frozen cookie dough cookies and baked a few this morning.  I then set them out and explained that we were going to practice self control all day by putting these in a prominent place but not eating them.  At the end of the day, we enjoyed the cookies together.  They did really well throughout the day.  They were asking for a bit, but I said if they asked again then they wouldn’t have any.  I think it took more of my self control than theirs to not touch those cookies all day.
It’s great to set goals for kids. This is a very real and tangible picture for them of what self-control looks like. It’s great to give them the tools to be able to resist the temptation too.
Some temptation tools you can teach include: 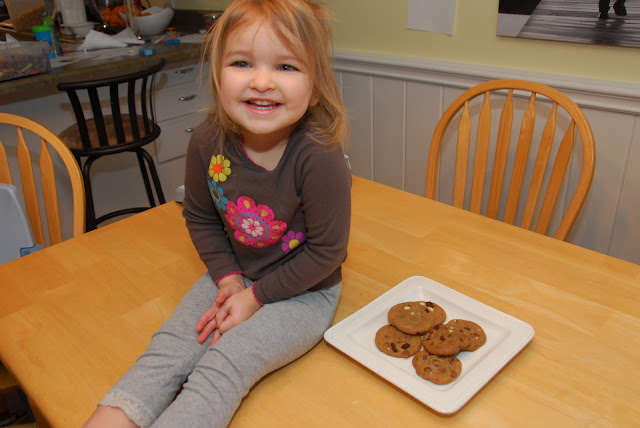 Love it! I agree with you, I think it would have taken more self control for me to have looked at all of those all day too! We are still working on self control through today and this weekend. I am working on a post all about it and I will link to you too. 🙂
Trina
http://teachingmyblessings.blogspot.com/