Home » Kids » Character Building » Responsibility When Working as a Team
Responsiblity
“So then, each of us will give an account of himself to God.” – Romans 14:12
I made a special trip to visit my sister, who lives about 2 1/2 hours away. It’s fun to be here, and it means that we get to do some of our activities this week with the cousins.  My sister is six years younger then me and has 5 kids age 8 and under. She found out she was pregnant with twins when her (then) baby was 3 months old. Talk about intense parenting. We decided to practice responsibility with each other by doing some team building exercises. The whole picture here is that each person has a responsibility in carrying out a role. If they are not holding their own or doing what their job requires, then what is suppose to be accomplished, falls apart. 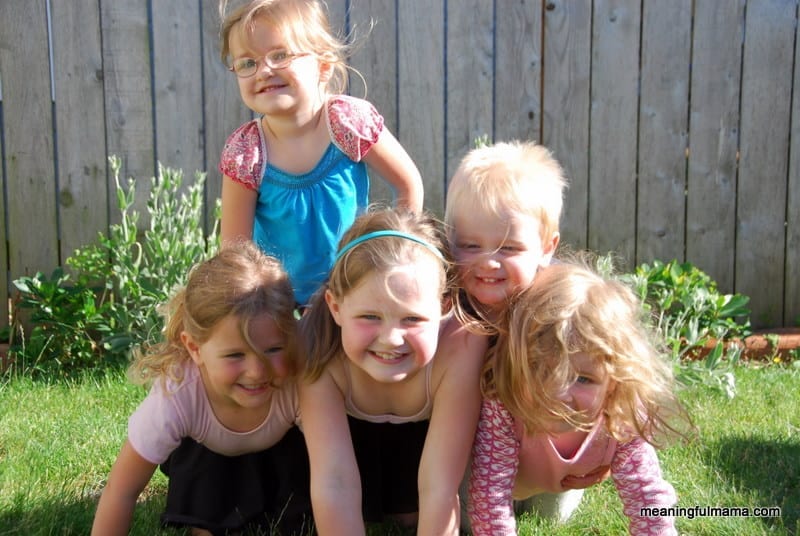 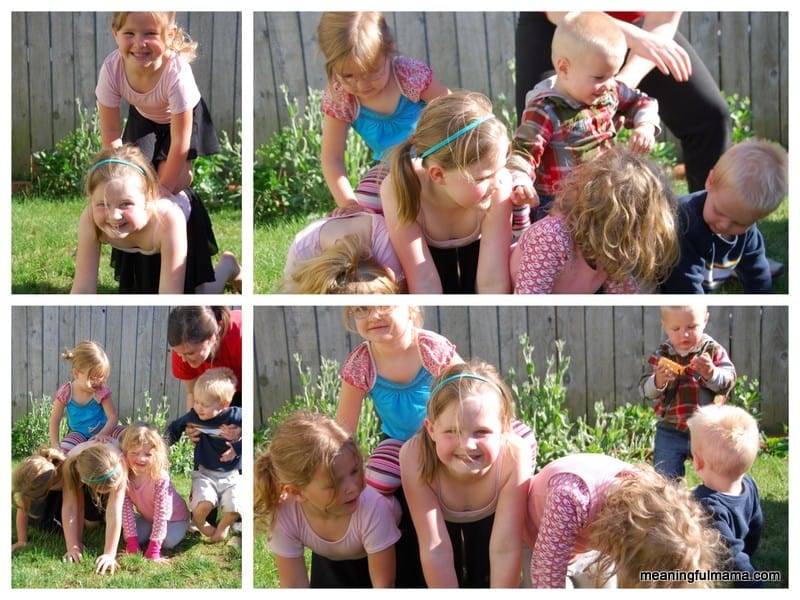 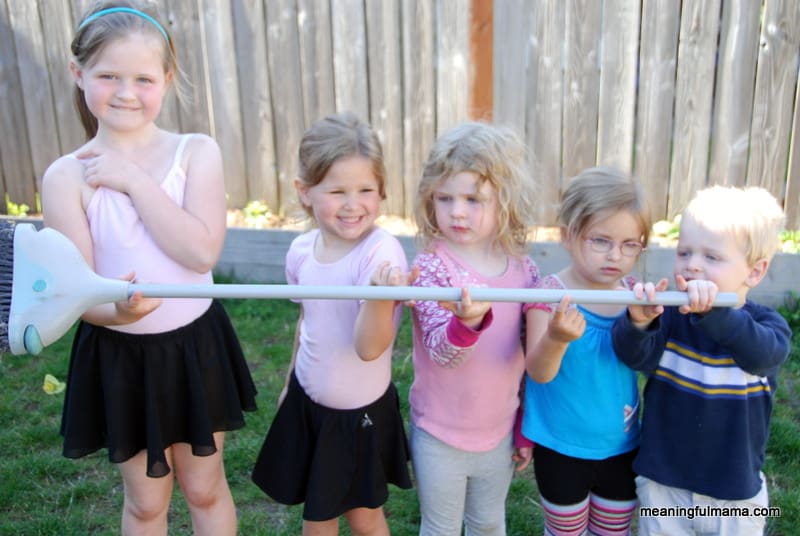 The second game was a challenged to keep one finger straight out to hold a broom. They need to work as a team to make it happen, and if one person isn’t doing it well, the broom falls. This picture doesn’t represent it great because the little guy on the end isn’t doing it right. Even the other little ones have fingers curving around the broom. I didn’t get a great picture of it when they were actually doing it because I was trying to hold back the littles. Again, I tied this in to the idea that if one person isn’t acting responsibly with their task, the task fails. 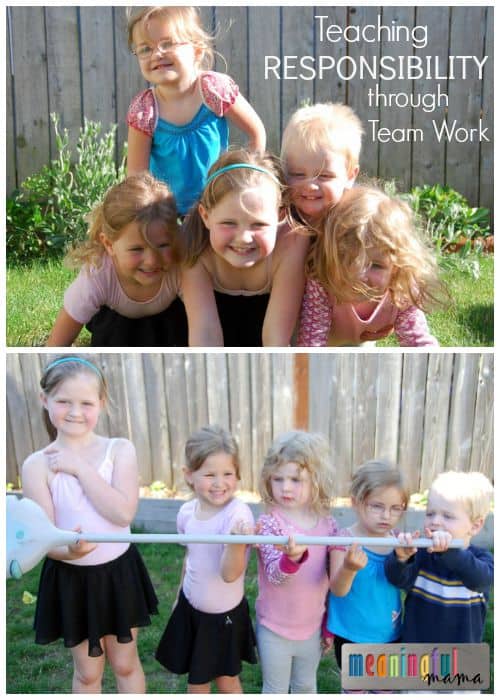