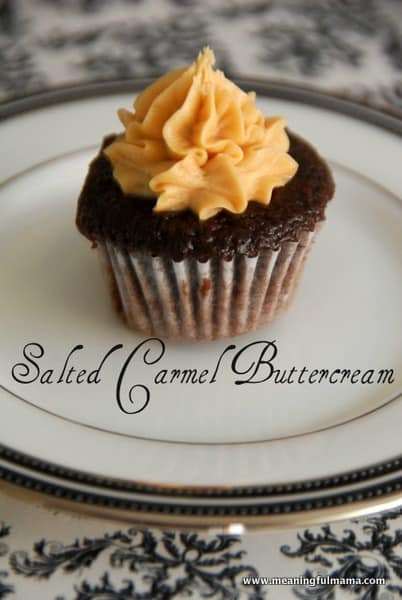 I recently did a baby shower where all I served was desserts. I promised you all the recipes, and

I swear I am building up to the shower. I had intended to have a sweet week where I just showed all the dessert recipes one after another. However, I thought you might get bored of that. Also, I was distracted by our character development series and Valentine’s day, so I’ve had other content I’ve wanted to give you. For the shower, I did mini-cupcakes with a salted carmel buttercream as one of the options. The concept was to do a bunch of mini desserts so that people could sample a few different things. A friend of mine is a chef. We were talking the other day about baking, as she has enjoyed more of the pastry side of her job lately. She said, “I have a mean salted caramel recipe, and I don’t say ‘I have a mean…’ about anything.” I asked if she would be willing to share, and she was. I made it, and she was right. It is really good. I haven’t experimented much with buttercream, but I’m glad I gave it a chance. It was a hit at the shower. Part of this recipe includes making a caramel, which can be challenging. I added photos to help walk you through the process.

The first step is to make your caramel. 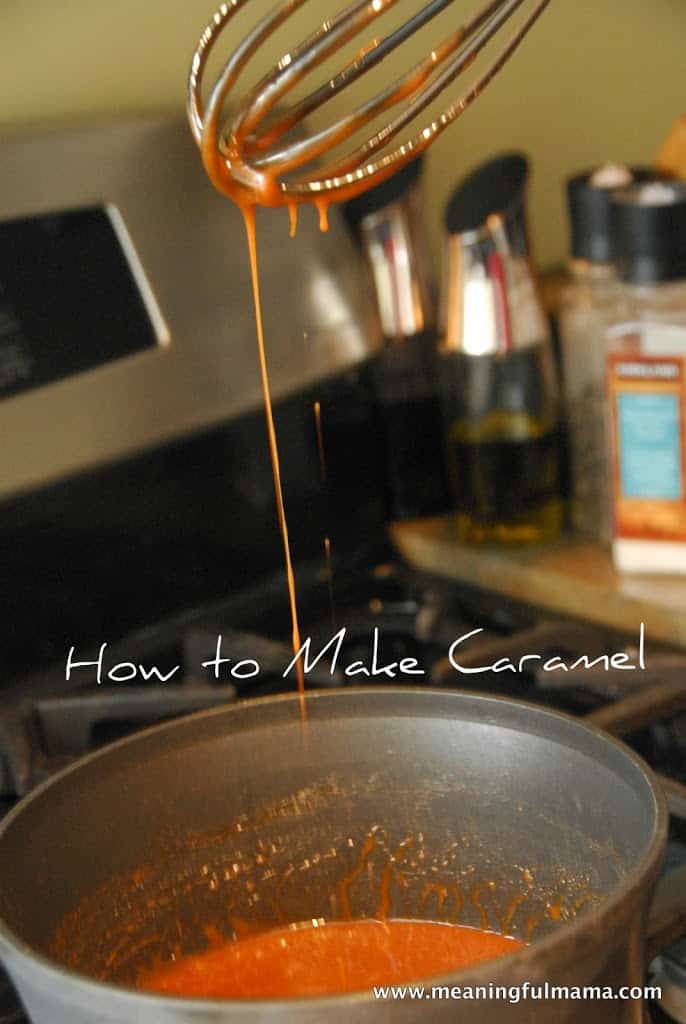 1. Combine sugar and water and cook on medium high heat. Stir just until the sugar dissolves.
2. Don’t stir when boiling and getting darker.
3. When caramel is a nice, dark amber color remove from heat. Gently whisk in heavy cream and swirl in butter.
4. Add sea salt. Return to low heat and whisk until smooth.
5. Let cool so it is cool to the touch.
6. This caramel will thicken as it cools, and that is OK for the buttercream as long as it doesn’t thicken too much.
Salted Caramel Buttercream
Caramel sauce (made as directed above) – should be just cool to the touch
1 1/2 sticks butter, room temperature
5-6 cups powdered sugar
Combine all ingredients together until fully combined.

WOWZERS! and YES PLEASE! After chocolate, caramel is my second favorite ANYthing and EVERYthing…I am sooo tickled you were willing to share this. Pinning for now..making soon. Swoon!

*Groan*… salted caramel is definitely one of my favorite things! Thank you so much for sharing this!

These look amazing! I pinned them to my Yummy Yummy board. (Appropriate, I thought!) 🙂

Love this! I’d like to invite you to link up to Saturday Spotlight @ Angels Homestead.

Hope to see you there 🙂

I have never made this! Looks so delicious! I should try it!
Super cute blog!
I would love if you link this to my link party Monday morning!
XO
Isabelle
http://lechateaudesfleurs.blogspot.com/

Thank you for linking to Mom’s Library last week! I have featured this post at http://www.crystalstinytreasures.com/wordpress

Looks delicious, Jodi. Would love for you to share at my linky party going on right now. http://www.mandatorymooch.blogspot.com/2013/02/tasty-thursdays-29.html

Thanks, Nichi – The Mandatory Mooch

sound delish! did you use 1 1/2 stick of salted or unsalted butter for the buttercream?

I used unsalted butter. Really good question. That said, I never mind a little extra salt in my salted carmel. I hope you enjoy it.

This recipe is terrible! It broke my kitchenaide mixer. Whoever created this recipe should have to replace my mixer. DO NOT TRY THIS RECIPE OF YOU LIKE YIUR KITCHEN APPLIANCES!!!

Oh wow. I didn’t have this experience at all. I’m so sorry for what happened to you.

I can’t believe I finally found an easy and very delicious looking recipe for both caramel butter-cream and salted caramel sauce! I’m in heaven and I haven’t even made it yet. Oh the things these are going to top! Thanks so much and I am very new to your blog I actually found it by watching the Frugal Crafter’s Youtube channel, thanks to her I am your very newest fan!

I hope you enjoy these recipes. I absolutely love carmel too. Frugal Crafter looks like she has a lot of great stuff. Glad to know about her now!